Suck it up: why brands can benefit from the .sucks TLD 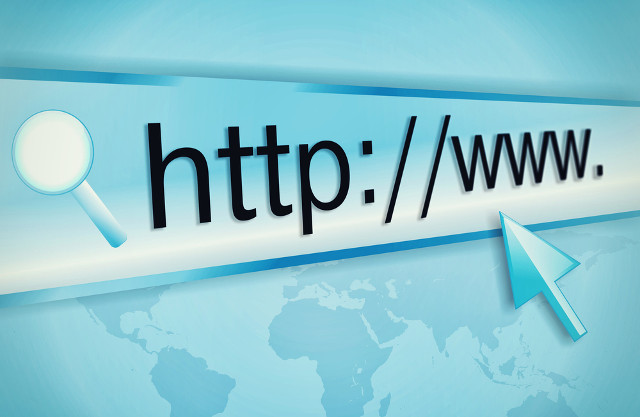 Quite possibly the most controversial TLD ever to have launched, .sucks is now on general sale. John Berard, chief executive of Vox Populi, the registry behind the contentious domain, gives his side of the story and explains why brands can benefit from a .sucks web address.

Bringing .sucks names to the internet has put Vox Populi in the position of arguing on behalf of those who most want to argue with us. Since the dawn of the .sucks sunrise registration period—which closed on June 19—there has been quite a lot of attention on the price and very little on the value. That is an upside-down equation.

This inversion comes from thinking of the new name space as just another alternative to a name in any of the other legacy or new generic top-level domains (gTLDs). It is what leads to the loudest criticism of the registry. How, we are asked, can we suggest a price of $2,499 for brand owners when other registries’ names are available for a dollar or less? This is because a .sucks name is not just another internet address.

First, there is the word itself. It is no longer a pejorative term, but a point of emphasis. Leaders in business, sports, academia, even politics have used the word to draw attention and add emphasis. When Twitter chief executive Dick Costolo (due to step down in July) was asked earlier this year how the service handles trolls—that unending source of unfounded and unrelenting criticism—he said “we suck at it”. That was not as a way of throwing up his hands, but to rally the company and inform the market of imminent action.

This is how we see .sucks names adding value.

Second, for more than 20 years, companies have had to contend with consumers who are encouraged by the internet to speak and who expect to be heard. In the case of websites such as yelp.com and glassdoor.com, the criticism has, at its best, helped spur change. At the least, it has given companies the chance to effectively engage and correct what is wrong.

Not all complaints are as easily met. As the internet has grown wider, deeper, more distributed and more unruly, it has become increasingly difficult to rebut or refute online criticism that can show up in search results or mislead the market into thinking that P&G really has incorporated a Satanic symbol in its logo, and that there are spiders’ eggs in Bubble Yum.

The arrival of .sucks domain names gives companies the opportunity to better manage a response to what can be a tidal wave of criticism. By deploying a .sucks domain, companies have the opportunity to corral and draw insight from legitimate criticism. The dark corners of the internet won’t go away, but what is said there will become less meaningful.

Considering the importance of the platforms companies have built for the purposes of marketing, customer service, product development and more, the opportunity to add a strong new plank to turn criticism into customer loyalty offers value far greater than the cost. Our hope is that .sucks names will not just be registered and put in the cupboard—our hope is that they will be deployed.

This is already being done, either directly or under cover of other names.

Want to lodge a complaint with the Lagunitas Brewing Company? Use its customer service address dowesuck@lagunitas.com. Want to nominate a top 100 criticism of Adobe software? Visit dearadobe.com; it is clear the company is paying attention and may respond directly.

The advantage is not just for the companies but for their consumers. If it can be assured that criticism will be heard, there will be greater confidence it will be answered. The result is deeper customer loyalty. That is value far in excess of price.

There is more to .sucks names than an advantage for companies with the foresight to draw insight and energy from criticism. If we are successful in creating the clean, well-lit place for criticism we intend, individuals with a cause or a passion or a complaint will be drawn to it knowing they will be likely to find and attract others who share their view. They will be better able to participate in or build a community of the sort that can lead to change.

A key reason for this is that the new names promise a clear intent and a more direct connection. There really can’t be any misunderstanding about what the names mean.

If the site is cancer.sucks, it is easy to see it as a place to participate in helping stamp out the disease. If the site is comcast.sucks, it is clear that, whether run by the company, its customers or its critics, it is a place to share anecdotes and recommendations. If the site is harvard.sucks, well, that is probably a new home for the video of the prank pulled by Yale at the 2004 Crimson/Eli American football game now at harvardsucks.org   .

We have come to this mostly based on our own research and the input from academics and advocates. Throughout the more than four years we have been working on bringing .sucks names to the internet, we have heard very little from brand owners and none of it directly.

A couple of areas of our business plan have drawn specific interest. One relates to premium names; the other to the proposed consumer advocate subsidy programme.

“It is our hope to see domain names, whether generally available or premium names, subsidised to a level reflecting a cost that can be met by any consumer.”

Premium names are those that either the registry feels or the market has determined have value above and beyond the cost of a regular .sucks domain name. They are priced to reflect that value in each name, not in an attempt to flood the internet with .sucks domains.

Market premium names are drawn from many sources. The list will no doubt include some company names, but it will range much deeper and further afield. Some names are those that, in the past 30-odd years of domain registration, have been actively acquired. Others are culled from lists of ‘mosts’, ‘bests’, ‘firsts’ and the like. Still others come from market research into the popularity of celebrities, politicians and more.

An important element for the market premium names is that cost of registration is set at a single suggested price—the same price charged to trademark owners during the sunrise period.

Identifying premium names is nothing new when it comes to marketing new registries. And when that registry is seeking to create a new landscape, not just distribute uniform resource locators, it is not unusual for there to be greater scrutiny. That’s why we have worked hard to operate well within the lines when it comes to ICANN’s rules and national laws.

Then there is our intended partnership with a company or non-profit willing to subsidise the cost of registrations and hosting for individuals. In keeping with the word ‘sucks’, we feel it is important that people have a chance to use Vox Populi to be heard.

It was the guiding principle behind the very first petition for such a set of domain names nearly 15 years ago.

The broad range of online commentary is an indication that people want to be heard. But the scattered nature of the opportunities makes it hard to know if what is being said is being heard. The new landscape we imagine can help to centralise and organise what is now often just shouted. As a result, it will make the criticism more meaningful and potentially effective in spurring change.

Although neither our partner nor its plans is yet in place, it is our hope to see domain names, whether generally available or premium names, subsidised to a level reflecting a cost that can be met by any consumer.

We hope to be able to announce the details of the consumer advocates subsidy programme later this year.

Whether we have created a company that meets a need will be found in the response. If we are wrong, we will fail. You can’t get much more market-driven than that.

John Berard is chief executive of Vox Populi. He can be contacted at: john@registry.sucks