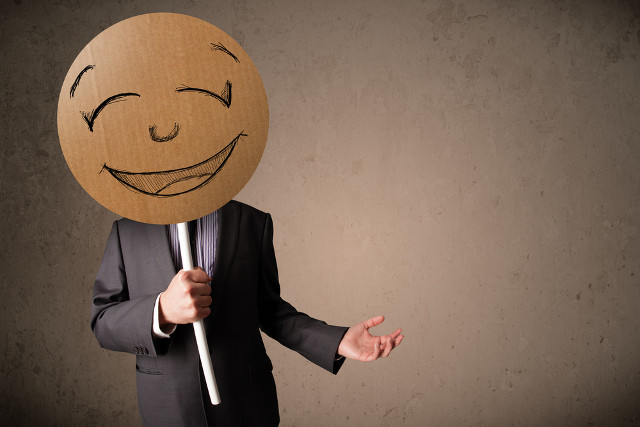 Trademark parody is a form of art that everybody can relate to, and denying these parody artists would be a serious restriction of our freedom of expression, and also deny the world some hearty laughs. But it must be done with thought and care, says Miikka Timonen of TrademarkNow.

Trademarks and brands have become a part of our daily lives more than ever. Brands not only represent companies, products and services, they also represent positions, views and ideologies.

Therefore, it is not a surprise that trademarks and brands are sometimes the target of criticism, debate and jokes. In my hometown of Helsinki, Finland, there is an exhibit at the Kiasma museum of contemporary art by Jani Leinonen, in which he uses brands and logos in his art.

In Leinonen’s own words: “There are products for every ideology. Products and their brands play an incredibly big part in our lives, that is why they are so interesting to use in art. I appropriate them for art and use them to tell stories that the companies are not telling.”

The exhibition prompted me to think about cases where trademarks have been parody targets and how these cases were viewed and handled from a legal standpoint.

Trademark parody is sometimes used as a way to get quick and easy attention for a product that would otherwise not have been able to attract such attention. In this day and age, where social media can bring a new product or brand to fame in a matter of hours, this kind of strategy is becoming more common.

However, it is a risky move and this kind of attention may come at a cost. There seems to be a very narrow line between trademark infringement and trademark parody. And, the same online channels that can bring a new product to fame in an instant can also be the stage and spotlight for their downfall.

In April this year, the German Federal Court of Justice ruled in the Pudel v Puma case that even if dissimilarities between marks would exclude likelihood of confusion, the contested mark would acquire unfair advantage of the distinctive mark of Puma.

The slight degree of similarity creates a mental link in consumers between the two marks. The defendant invoked the basic human rights of freedom of expression and freedom of speech but the court ruled that freedom of expression did not contain the right to register a trademark for similar or identical goods. In this case, Pudel filed the trademark application for goods in classes 16, 18 and 25.

Louis Vuitton claimed that the defendant’s Chewy Vuiton dog chew toys and beds infringed its trademark. The court said Chewy Vuiton was a parody as it made a clear connection to Louis Vuitton through tasteful mockery. The chew products were also clearly not manufactured by Louis Vuitton or an agent of the brand.

The court added that the goods were dissimilar to Louis Vuitton goods and were inexpensive.

While the primary distribution channel for the goods of both brands was online, the court determined that using the same trade channels didn’t imply that the internet was used for the purposes of customer confusion.

The case proved that trademark parody can work for dissimilar products if there is sufficient reason to conclude that the products don’t come from the same undertaking.

On August 22, an art installation called “Dismaland” in the south-west of England opened its doors to the public and prompted a lively legal conversation as well as plenty of attention on social media.

Dismaland is “the family attraction that acknowledges inequality and impending catastrophe,” as described by street artist Banksy, who created the self-titled ‘bemusement park’.

“Trademark parody can work for dissimilar products if there is sufficient reason to conclude that the products don’t come from the same undertaking.”

Disney is one of the largest companies in the world and its brand carries an incredible amount of value, so Dismaland gained significant attention.

Comparing the logo and sign of Dismaland with that of Disneyland, it’s easy to conclude that the marks are highly similar. But even considering the similarities, it is difficult to imagine that the average consumer would confuse these marks. Consumers are more likely to understand Dismaland as a joke or form of criticism of Disney, than as a competitive trademark. It’s clear that the bemusement park is a parody of Disneyland.

In addition, because of the recently amended UK copyright provision to legalise certain parodies, Dismaland may avoid a claim that it is infringing Disney’s intellectual property.

In August, a Community trademark for the term “Dismaland” was filed by a company called Dismaland Limited.

Parodies are protected by free speech, but free speech doesn’t encompass the right to gain an unfair advantage of the earlier mark. The word marks are excessively similar but there isn’t a noticeable element of entertainment or humour in the sign of Dismaland, so the trademark application may not even be in the range of trademark parody.

About a year and half ago, a new art gallery called Dumb Starbucks opened its doors to the public in California. The gallery sold coffee, which it considered to be art.

The gallery looked almost exactly the same as a Starbucks coffee shop, except that every product name had word ‘Dumb’ before the word ‘Starbucks’. It turned out that the whole event, which was widely reported online, was a stunt to promote a TV series. The art gallery claimed that adding the word ‘dumb’ before ‘Starbucks’ would be enough to categorise it as a trademark parody.

Dumb Starbucks even had a promise from a lawyer who said that if Starbucks sued it, he would take responsibility for any legal damages the stunt might create. The lawyer felt strongly that this case would fall in the scope of parody law. Starbucks did not dispute and simply replied that it appreciated the humour but that Dumb Starbucks “cannot use our name”. It’s hard to imagine that just adding the word ‘dumb’ before the trademark would be a sufficient element for trademark parody.

One has to wonder whether Starbucks knew that the art gallery was a stunt, which would explain why it didn’t react more aggressively in this matter.

A trademark parody doesn’t give the parody brand the right to register trademarks for similar or identical products in order to gain advantage from an earlier distinctive mark. When done well, trademark parody can elicit a smile on all sides.

Starbucks got a lot of media attention when Dumb Starbucks was opened, and it used this attention to its advantage by showing that it understood the humour by not filing suit.

It is hard to say what the outcome will be in relation to the Dismaland case. However, one thing seems likely: after visiting dark and gloomy Dismaland, consumers may be propelled to seek an antidote through a visit to bright and cheery Disneyland!

Miikka Timonen is a legal knowledge engineer at TrademarkNow. He can be contacted at miikka.timonen@trademarknow.com