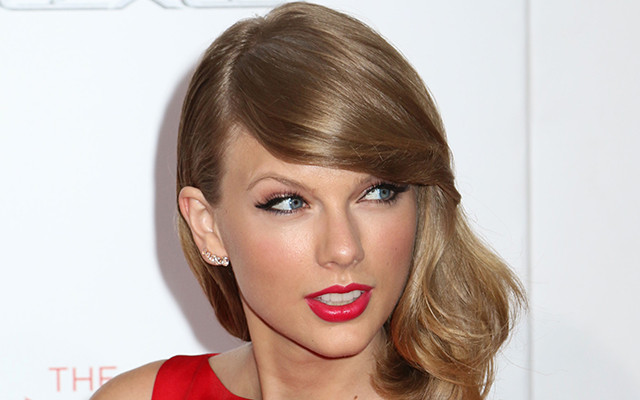 Singer Taylor Swift has applied for several US trademarks that feature lyrics from her songs and has thereby sparked a flurry of interest from the media, including TBO.

“If you give the bourgeoisie an inch, they will take a mile ... and everything else you have in the process. They have already privatised land, water, and words. After language, they will next try to privatise air.”

The words of musician Ben Norton wouldn’t seem out of place if they were shouted by activists at a political rally or written on a politically motivated blog.

However, they formed part of a short statement accompanying a music video Norton uploaded to YouTube at the end of January this year.

The video itself, uploaded under the name PeculateMusic, is a two-minute scream-fest called This Sick Beat, in which those three words are repeatedly shouted.

It was created to protest against US singer Taylor Swift, who has applied for several US trademarks that feature lyrics from her songs. One application is for ‘This sick beat’, a line from the single Shake It Off.

Other phrases Swift has sought to protect include ‘Nice to meet you. Where you been’, a lyric from her song Blank Space, and ‘Party like it’s 1989’—a reference to her album title in 1989. The applications, filed in October last year but which came to light only at the start of the year following a flurry of press interest, were to protect a range of services including online retail and downloadable digital media, and goods such as handbags and skin care products.

Norton’s YouTube statement went on: “Registering of trademarks for ‘common idioms’ is a direct attack on one of the most fundamental and inalienable rights of all: our freedom of speech. But, although the rich can try, they will never truly own the words we use and the language we speak.”

His words may have been slightly over the top—even if her applications succeed, Swift will not ‘own’ the terms or be able to stop people from saying or writing them. Instead, she will merely have the rights to the phrases when used in relation to the goods and services she has applied for.

Nevertheless, the applications raise interesting questions, particularly when the online backlash seems to have been severe.

Julia Matheson, partner at law firm Finnegan Henderson Farabow Garrett & Dunner, says the reaction, including from those commenting on social media, is “mostly reflective” of a misunderstanding of trademark law.

“Does the fact that Apple owns registrations for ‘Apple’ in connection with computer hardware and software allow them to monopolise the use of that term in the English language? No. All it means is that no-one else can sell a computer under the brand Apple,” Matheson tells TBO.

“The idea that someone can register a mark and prevent anyone else from using it as part of the English language isn’t accurate,” she adds.

Charlie Winckworth, partner at law firm Hogan Lovells in London, agrees and adds that the protest video, or any subsequent talk of Swift owning the rights to the words, is “of course nonsense”.

He adds that the reaction from Norton and the press shows that “as well as a failure to understand that trademarks and copyright are not the same thing”, Swift’s trademark applications are certainly issues that the mainstream press has misunderstood.

“As trademark owners know, owning and enforcing a trademark is very much not the same thing,” he explains.

Winckworth also points to ‘apple’ and ‘virgin’ as “perfect” instances of English language words that can be used freely so long as the trademark owners' rights are respected.

He adds: “There are always those who bemoan the success of others, and this, combined with some of the mainstream media fuelling the confusion, has certainly been a factor.

“The mere fact that Taylor Swift’s applications constitute plain-language words, or derive from her lyrics, is not in itself relevant,” he says.

But Matheson warns that, despite the false fear that the applications, if accepted, would result in Swift’s ‘owning’ the phrase, the singer could still face further backlash online.

“There is a difference between Swift’s applications and situations in which an applicant attempts to register a slogan that has already become part of the common lexicon.”

“Once people see that she is planning to invest in these marks as more than just song lyrics, it is certainly possible that infringers may come out of the woodwork in the US and around the world,” she says.

This could include, according to Matheson, attempts to register domain names and file trademark applications in other countries as a means of trying to extort money from her.

Swift, through her lawyers, has already ordered sellers on e-marketplace Etsy to take down certain items that allegedly infringed some of her existing trademarks. Goods including mugs and candles (which featured lyrics from her songs) are no longer available on the site.

Matheson adds: “She has to walk a very narrow tightrope to protect her brand while simultaneously remaining a popular figure. But by publicly declaring that she intends to use these lyrics as brands, she is putting people on notice of her intentions and, I suspect, is hopeful that most people will stay away.”

Swift’s applications came at a time of a flurry of trademark applications for other phrases made up of everyday words.

Applications for ‘Je suis Charlie’ (French for ‘I am Charlie’) followed the killings this year at the satirical magazine Charlie Hebdo in Paris, and one for ‘I can’t breathe’ followed the death of cigarette salesman Eric Garner in the US last year. These are two recent examples of the public latching on to phrases that had been widely used online.

Both examples were also followed by press reports and commentary on social media; some in fury, some in amusement.

But Monica Talley, director at law firm Sterne Kessler Goldstein & Fox in Washington, DC, says these examples are not comparable with Swift’s efforts.

“There is a difference between Swift’s applications and situations in which an applicant attempts to register a slogan that has already become part of the common lexicon or sayings that convey informational, social, political, or religious messages,” Talley says.

“Swift is seeking to register phrases she popularised herself and which, arguably, already serve a source-identifying function.”

National Football League Player Marshawn Lynch attempted to trademark the phrase ‘I’m just here so I won’t get fined’—the answer the media-shy sportsman gave to nearly 30 questions from journalists ahead of the Super Bowl game earlier this year—and it also resulted in widespread news reports. As a result, perhaps it has a fair chance of being accepted, as the phrase has certainly become associated with him.

The publicity surrounding Swift’s applications have once again brought IP into the public eye. But while the events have again highlighted a lack of understanding of IP, they could also be used to help consumers better understand why brand owners file trademarks.

“The public have had their minds opened to the fact that these sorts of trademarks exist,” Winckworth says.

Matheson agrees and says that trademarking lyrics from songs and generic phrases coined by artists is “actually pretty standard”.

Swift has registrations for, among other things, her full name, the initials ‘TS’, and ‘Taylor Swift fearless’ and ‘Speak now’.

Talley points to other successful trademark applicants in the US that have protected phrases made up of everyday words. These include singer Madonna, who has registered ‘Material girl’ and ‘Truth or dare’; Jay Z (Shawn Carter), who has a trademark for ‘Rock the mic’; and boy band One Direction, which has registered ‘Our moment’.

More famously there is sportswear brand Nike, which has had a trademark for ‘Just do it’ since the 1980s, while car maker Nissan has also registered the term ‘Enjoy the ride’.

Winckworth says it should be expected that musicians will seek to exploit their rights in various ways, including through merchandising.

“Given the revenue pressures that the music industry has been facing in recent years, the fact that artists and their management are looking to monetise other revenue streams should really come as no surprise. Merchandising is a key tool to address this, hence the widespread trademark applications we are seeing,” he says.

The reaction online to Swift’s trademark applications is not entirely unexpected, but it does seem to be a result of a misunderstanding of both trademark law and how brand owners operate.

By filing trademarks and reportedly instructing lawyers to target users of Etsy, some of which could be Taylor Swift fans, the singer has faced a negative response for simply trying to protect what could become genuine brands.

The challenge will be to increase education and awareness of IP so that brand protection is not splashed across the news as an attempt to ‘own’ our words.