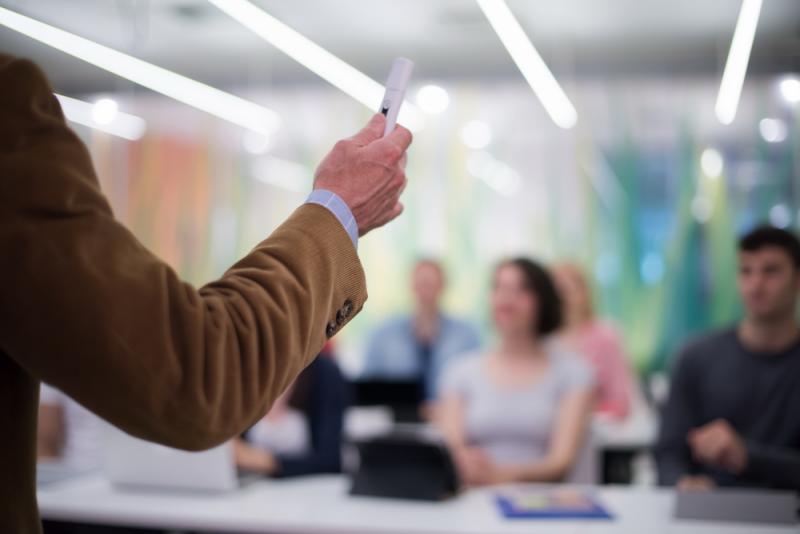 The Alliance for Intellectual Property seeks to increase the market for legitimate content while reducing the availability of illegal content and access, as its director general, Eddy Leviten, tells TBO.

The significant increase in ways to consume content has occurred because of technological achievements and because creators want their work to reach as big a market as possible, and being online means they can do that.

But the digital world also allows for illicit copying and distribution of content, rapidly and globally.

“Experience shows that if young people understand what IP is and why it matters they are much more likely to respect the work of others.”

A film or TV programme can be recorded, encoded and distributed for release across the internet within an hour and then accessed by hundreds of thousands of people within a day. A music track can be copied and then streamed to millions within hours of release.

The latest research by the UK’s Intellectual Property Office (UK IPO) does offer some hope. While 15% of UK internet users aged 12+ consumed at least one piece of online content illegally between March and May 2016, there have been no major changes in this number since the same period in 2015.

However, that still means 6.7 million people have listened to, watched, read or played something they didn’t pay for or have permission to access. It is also clear that illegal downloading or streaming cuts across all age groups and demographics, with streaming securing more of a foothold.

Speak to most creators, whether writers, composers, artists, musicians, film makers or programmers and they will say they are finding it harder to make a living from their work.

That’s not to say they expect handouts or an easy ride—they just want to earn their dues when someone enjoys their creations.

If millions of people (in the UK alone) are not paying for that content then the value chain becomes broken and creators are less able to invest time into developing and creating the next great script, song, book or game.

This doesn’t even account for those whose livelihoods depend on the development, creation and distribution of the works. In the UK the number of jobs in the creative industries totals 1.9 million, contributing £84 billion ($110 billion) a year to the UK economy, meaning there’s a lot to protect.

We need to act, but what can be done to help grow the market for legitimate content while also reducing the numbers accessing content via illicit means?

Getting the message across

Established in 1998, the Alliance for Intellectual Property represents trade associations across the creative, branded and design industries concerned with ensuring that IP rights are valued in the UK and that a legislative regime exists which enables the value and contribution of these rights to be fully realised.

Many Alliance member-run initiatives seek to fulfil their objectives by educating, informing and enforcing. These need to work in parallel so that the market for legitimate content can grow and the availability of illegal content can be reduced, while also reducing the demand.

The UK IPO provides support through the www.crackingideas.com portal that brings together all the initiatives, making it easier for educators to inspire the next generation of creators and instil in students the importance of protecting intellectual property.

Experience shows that if young people understand what IP is and why it matters they are much more likely to respect the work of others.

In the past year a lot of activity has been focused on www.getitrightfromagenuinesite.org, which simply and effectively does two key things.

First, it lets anyone find legitimate content services without having to use a regular search engine that could easily take them to illicit (and potentially unsafe and unfiltered) sites.

The UK IPO research shows that there is still a lack of confidence about what is and is not legal online, so signposting to genuine sites is vital.

Second, young British creators share their passion for creativity through short video clips, social media posts and interviews where they explain why they love what they do and why they want us to respect their work by accessing it only through genuine sites.

There is also information to help aspiring creators know where to access funding, receive training and apprenticeships or meet other creators.

There are also ongoing efforts to shut down websites providing illegal content as well as making it less attractive to criminals who profit from running the websites.

The Police Intellectual Property Crime Unit is engaged in reducing the flow of money from advertising on so-called ‘pirate’ websites through Operation Creative.

Much has been done to diminish the number of advertisements from major brands appearing on these sites and those in the marketing and advertising communities have a duty to sign up to the Infringing Website List (IWL) to protect creators.

This all sounds like a lot of work, and it is—helped by the continual development of faster, easier and better ways to access content legitimately via tablets, smartphones, smart TVs and PCs.

Eddy Leviten is director general at the Alliance for Intellectual Property. He can be contacted at: eddy@allianceforip.co.uk