The art of IP protection 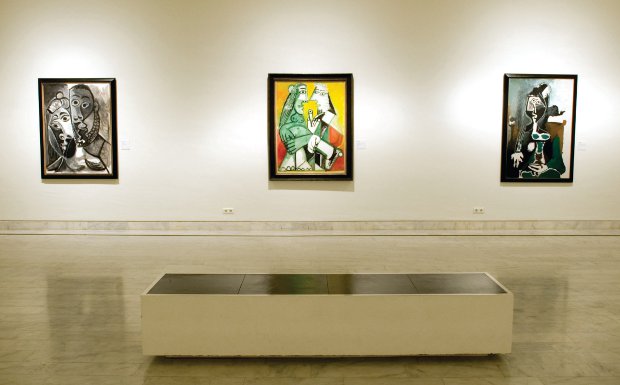 TB&I talks to Claudia Andrieu, head of legal affairs at the Picasso Administration, about the challenges of protecting possibly the greatest artistic legacy of the 20th century.

TB&I talks to Claudia Andrieu, head of legal affairs at the Picasso Administration, about the challenges of protecting possibly the greatest artistic legacy of the 20th century.

What kinds of IP issues does the Picasso Administration face? How common is infringement?

The Succession Picasso—sole owner of all the IP rights and interests attached to the work and the name of Pablo Picasso (not the Picasso Administration)—faces all kinds of violations. Some of them are IP issues, some of them not.

These violations are copyright infringements, trademark infringements, unauthorised uses of Pablo Picasso’s name and likeness for commercial and/or promotional purposes, and parasitism.

Do you think there is general awareness among the public that artworks (especially paintings) may be protected by IP rules? If not, how can you raise awareness?

The situation of the visual arts is even worse, especially because the visual arts have no industry that can speak for them. Artworks are unique or of limited edition; they are not part of an industrial process. Moreover, the public institutions (museums, etc) that often own and exhibit original works of art, have a tendency to behave as if they were the owner of the intellectual rights attached to the works—as if possessing a work was meant to give you the rights attached to the work.

But it’s not—all this is confusing and a source of violations. Last but not least, art is considered as sacred, which leads the public to believe that artworks belong to everyone, that they are common property and as such subjected to free use.

Raising awareness means a long-term strategy, including diff erent kinds of actions. But changing the mentality means education. Th is is a key issue for us, working from the start and providing education about the need for protection for the visual arts.

Presumably most of the IP protection is in the form of copyright protection, but do you also have trademarks to deal with? How easy or otherwise is it to protect an artwork with trademarks?

Our natural protection comes from copyright laws but it’s far from sufficient, as many countries offer only very limited protection and some no protection at all, which leaves us unprotected and exposed to various infringements.

The Succession Picasso has learned over the years to work with all those foreign legislatures and through them to find ways to protect what needs to be protected: not only the works, but the name and the likeness of Picasso as well. In order to achieve this, the Succession Picasso has entered an ‘unnatural’ world: the world of trademarks and unfair competition regulations.

"WE THINK THAT THE PUBLIC DESERVES A RIGHT TO ACCESS A WORK WHICH RESPECTS THE MORAL RIGHT OF THE ARTIST WHO CREATED THE WORK."

The Succession Picasso now deals on a frequent basis with trademark rights and purely commercial issues, but the situation is never easy, first because Pablo Picasso is an artist and thus cannot be reduced to a simple trademark—this principle rules our every action in the trademark field; and second, Pablo Picasso originally acquired rights through his creativity, but dealing with trademarks means acquiring rights by registrations.

These are very different things, especially as a registered trademark requires commercial exploitation. Unlike registrants that are manufacturers, the Succession Picasso is not a manufacturer—it only licenses rights.

What is the situation regarding protecting IP if the artwork in question is in private hands, or in a museum? Who owns what in terms of the IP in a given work of a particular artist?

Under the provisions of copyright law, IP rights are completely distinct and separate from the ownership of the works. Thus the Succession Picasso is the sole owner of the IP rights attached to the works of Pablo Picasso, whether thoseworks belong to members of the family, or to museums, or to private owners.

Who is responsible for licensing Picasso’s works?

What about forgeries? Is this a common problem, and do you tackle it from an IP perspective?

Forgeries are a key issue for the Succession Picasso; the Picasso family spends time and money to secure the worldwide art market, preventing fakes and fighting them, and exposing them when they are offered for sale. As time passes, it’s becoming clear that the forgery issue must be dealt with robustly.

The authentication process is a large part of this strategy; the works of Pablo Picasso have a veryhigh value and the art market requires certificates of authenticity from the Picasso family. Members of the family have recently decided to set up an organisation for handling the authentications.

This new organisation will be targeted to secure the provenance of the works as there’s a lack of legitimate provenance when forgeries are at stake. Securing a provenance can only help us to fight the forgeries. We have also to deal with all the websites and art data bank providers which offer for sale either ‘copies’ of protected art works, or works of art presented as original when they are not. Those situations can be tackled from an IP perspective.

Are there particular paintings (Guernica might be one) whose cultural import becomes so profound that IP protection is not in the public interest? How could that work? Who would decide which the ‘particular’ paintings are?

From a general standpoint, we can see copyright laws have taken public interest into account; this is the meaning of the ‘public domain’ and the exceptions to copyright existing in those regulations. The legislator has considered the financial public interest by granting free use.

The issue is to know whether the public interest is limited to an economic interest only. We don’t think so. We think that the public deserves a right to access a work which respects the moral right of the artist who created the work. The reproductions must then respect the integrity of the original work.

The Succession Picasso spends a lot of time controlling these moral rights, to make sure that the work is not cropped, that the original colours are preserved, and that the integrity of the work is respected.

IP protection means duties and responsibilities first: communicating correctly about Picasso’s artwork is certainly the most important duty of the Succession Picasso.

The public should also understand that those duties and responsibilities are very costly; royalties coming from the grant of rights help to fulfil duties and responsibilities such as securing the art market, granting loans of original artworks for them to be seen in public exhibitions, securing high quality reproduction materials, providing true information and sources, and fighting counterfeited works and forgeries.