The best way to fight 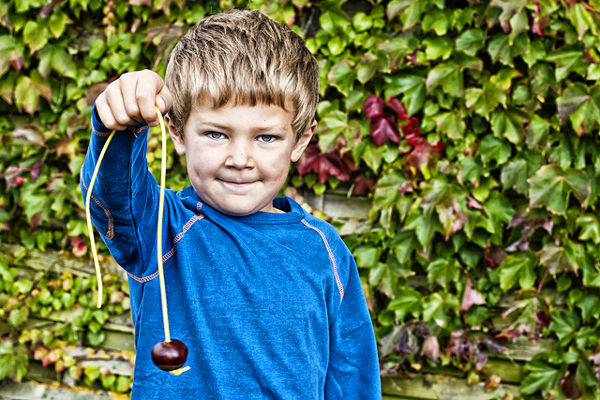 ICANN has created a new Uniform Rapid Suspension System (URS). How is this different from the UDRP?

The URS differs from its well-known predecessor, the Uniform Domain-Name Dispute-Resolution Policy (UDRP), in many ways. Aside from certain procedural differences, such as reduced filing fees and an appeal mechanism, the URS also carries a higher burden of proof.

Unlike with the UDRP, a complainant needs to establish each requirement of the URS—such as bad faith or a lack of rights or legitimate interests—by “clear and convincing evidence”.

The UDRP was created to serve as a simpler and quicker mechanism for resolving disputes than litigation, but the URS takes this notion one step further. As a result, brand owners may have very little room to overcome potential free speech or fair use arguments raised by a registrant. Also, unlike the UDRP, the sole remedy available under the URS is the suspension of a domain name; an address will not be cancelled or transferred to the complainant.

"An acquisition that does not identify the buyer can function as a good—and more certain and potentially cheaper—substitute for legal action."

Trademark owners should keep these and other aspects in mind when deciding whether to initiate a URS proceeding, and would be wise to view the URS as a complement to the UDRP, not a replacement for it. The two mechanisms are not mutually exclusive: a brand owner could conceivably bring both a URS and a UDRP against the same domain.

Where do the newly created post-delegation dispute procedures fit in?

Many of these proceedings involve claims against a top-level registry, not a second-level registrant—as with the UDRP or URS. They operate in a similar manner to new generic top-level domain (gTLD) objections, but apply after a string has been delegated by ICANN.

For example, the Trademark Post-Delegation Dispute Resolution Procedure is, not surprisingly, trademark-based. It acts as sort of a ‘super UDRP’ for situations where a registry is either using a TLD itself to facilitate infringement, or is engaging in a “systematic” or “substantial pattern or practice” of allowing infringing second-level domains to be registered in bad faith. Unlike the UDRP however, this procedure has many exceptions, such as differentiating between mere “knowledge” that infringing names exist within a registry and “affirmative conduct” that “encourages” registrants to procure them.

The Registry Restriction Dispute Resolution Procedure (RRDRP) applies to “community” TLDs. Among other things, ICANN requires that such TLDs are managed for the benefit of the community which they claim to serve, and grounds for a RRDRP action may exist where a registry owner has neglected to do so.

The Public Interest Commitments Dispute Resolution Procedure applies where a registry owner has formally adopted certain additional safeguards to help protect against fraud, IP infringement or other conduct by entering into public interest commitments (PICs), which become incorporated into the registry agreement with ICANN via specification 11.

For example, a registry might have adopted certain PICs in order to secure approval for the TLD, notwithstanding concerns raised by national governments or other interests. ICANN has created this dispute procedure for when a party contends that a registry has failed to do whatever it said it would do in its PICs.

Is enforcement in country-code TLDs (ccTLDs) still important? Should I consider reallocating any of those resources or changing my approach here?

Traffic and overall registrations to many ccTLDs could be reduced as a result of the new gTLD programme. While certain extensions—such as .ca for Canada or .au for Australia, as well as TLDs for smaller countries that carry non-geographic connotations, including Montenegro (.me), Tuvalu (.tv) and Federal Micronesia (.fm)—are likely to remain popular, trademark owners might consider taking a second look at brand protection efforts in territories with relatively small populations or that may have less commercial viability.

From a dispute perspective, a number of ccTLD registries now employ policies that track the UDRP word-for-word, or nearly so. Many even use the same decision providers—such as the World Intellectual Property Organization—with similar procedural rules and English-language submissions, and directly integrate UDRP case law as ‘precedent’ for their expert determinations. As a result, consolidation of ccTLD enforcement work has become easier than ever before.

If I don’t want to file a formal dispute (or a lawsuit), what are my options?

An infringing domain (or social networking page) can sometimes be recovered without taking legal action, such as by ‘stealth’ purchase where the identity of the buyer is concealed. While trademark owners may be reluctant to reward infringing behaviour, this strategy can be particularly useful where a registrant has a potential defence—for example, fair use or laches—or if it will sell the domain at a price lower than the cost of hiring counsel and filing a complaint, even if it proved successful.

Many cybersquatters are keenly aware of the financial and strategic issues facing brand owners, so an acquisition that does not identify the buyer can function as a good—and more certain and potentially cheaper—substitute for legal action.

As the saying goes, “an ounce of prevention is worth a pound of cure”, and brand owners should continue to integrate proactive alternatives to dispute resolution. Along with ‘defensive’ domain registrations, use of the Trademark Clearinghouse (TMCH) can reduce policing costs by giving brand owners the ability to pre-register names in sunrise periods. The TMCH also offers a ‘claims’ service that can provide notice to both the brand owner and registrant about potential infringements.

Some new gTLD registries also offer ‘block list’ type services such as Donuts’s Domain Protected Marks List. These can actually prevent registration of infringing domains and therefore trim both policing and enforcement budgets. Such services are likely to grow in attractiveness as the domain name system continues to expand.

Don Moody is co-founder of New gTLD Disputes. He can be contacted at: don@newgtlddisputes.com

Khurram Nizami, who helped with this article, is a staff attorney at New gTLD Disputes. He can be contacted at: kanizami@newgtlddisputes.com