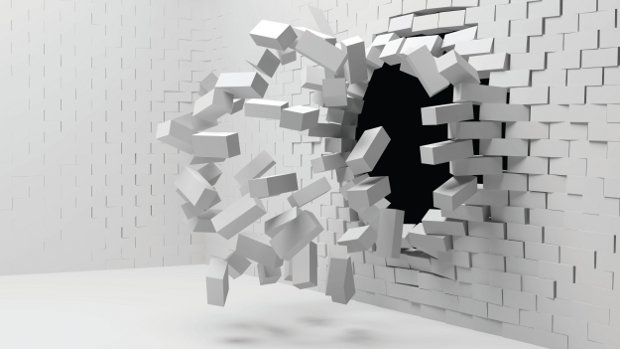 Despite several courts ordering ISPs to block access to sites suspected of promoting online piracy, it’s not hard for users to get around the barriers. TB&I asks where to next for rights owners?

“They’re easy to implement but they’re very easy to circumvent: there are hundreds of ways around them,” explains Trefor Davies of the systems that block access to file-sharing websites, often seen as the enemy of copyright owners. As a council member at the UK’s Internet Service Providers Association, Davies knows how easy it is for infringers to beat the protective systems.

In the past four years, courts across Europe have forced Internet service providers (ISPs) to block access to sites accused of aiding online piracy. In a ruling in July 2011—believed to be the first of its kind in the UK—the High Court ordered the country’s largest ISP, BT, to block Newzbin2, which indexed files that were posted on an Internet forum.

While this was a relatively recent development, rights owners have waged their battle against the notorious The Pirate Bay for much longer. Courts in both Italy and Denmark ordered ISPs to block the file-sharing site in 2008, and following appeals, the blocks were in place by 2010. In January 2012 acourt in the Netherlands demanded that two ISPs block access to the site, and by April the UK’s High Court ruled that six major ISPs must follow suit. Only days later, five more Dutch ISPs were told to implement blocking systems. They have since appealed against the decision.

Putting all this legal wrangling aside, the blocking process is simple. Consumer ISPs such as BT and TalkTalk—both subject to the UK’s High Court order—already have systems in place to filter child pornography. In a process overseen by the Internet Watch Foundation, the ISPs are given a list of sites believed to be hosting malicious or illegal content. “These systems can automatically spot URLs that are on the list and block the traffic; they do it in different ways but the concept is the same,” says Davies.

“The same goes for sites such as The Pirate Bay. There may be some other hurdles that ISPs have to jump through to add things to the list, but that’s basically it. They don’t take long to implement, but they are hugely expensive systems: for companies such as BT and TalkTalk, with millions of customers, the systems cost millions of pounds,” he says.

Given that you don’t need to be a genius to circumvent the blocking systems, it is understandable that ISPs are aggrieved about both spending millions and interfering with their customers. One of the easiest ways around a block is to use a proxy service that allows you to surf the Internet undetected. It is also completely free. “The blocking system doesn’t see the URL; it sees the URL of the proxy server. There are millions of these proxy servers,” says Davies, who has written extensively on the subject.

"Given that you don't need to be a genius to circumvent the blocking systems, it is understandable that ISPs are aggrieved about both spending millions and interfering with their customers."

Armed with a keyboard and a search engine, any Internet user can circumvent the block in this way; it requires no specialist or technical knowledge. While in theory it is possible to block these proxy servers, a Google search for ‘free proxy server’ brings up 34 million results. This is the reality: there are too many to track down.

Another common method, which Davies describes as the most innovative, is to use Google Translate. “Your ISP thinks you’re on Google but, actually, when you type in The Pirate Bay site, translating it from Swedish to English for example, you can access all The Pirate Bay stuff.” Again, it is shockingly straightforward.

Both these methods—simple in nature and free to use—reveal the scale of the challenge facing rights owners. While the technology is available, blocking seems like an obviously flawed approach. Davies believes it is “just not doable”because people will continue to innovate and find new ways of circumventing the systems in a “never-ending war of attrition”.

“Nobody is under any illusions—except maybe the music industry—that The Pirate Bay is not being accessed by anyone who wants to get at it.”

Davies’ assertions are supported by statistics. “Data reported in the UK and overseas—particularly the Netherlands—show that while it dipped immediately after the injunctions were imposed, traffic to The Pirate Bay and other BitTorrent sites returned to pre-blocking levels shortly after,” says Adam Rendle, an associate at Taylor Wessing LLP in London who specialises in copyright protection.

Indeed, data released by one of the Netherlands’ largest ISPs, XS4AII, and research published by the University of Amsterdam, speak volumes. XS4AII’s statistics, which start in February 2012, show that BitTorrent (the protocol for downloading music and films) traffic levels had actually increased in the months following the block on The Pirate Bay.

In July this year, an anonymous British ISP leaked details to the national media about peerto- peer (P2P) activity on its network. It said P2P activity had peaked during the Pirate Bay court case, had immediately dipped by 11 percent after the ruling compared to normal levels, but had returned to normal only a week later.

Analysing the figures, Loz Kaye, leader of Pirate Party UK, a political party contesting its first by-election later this year, says blocking file-sharing sites is destined to fail. Kaye leads from the front in lobbying for a “more up-todate” IP system that “reflects the need of the wider digital economy”. He says that blocking is“purely symbolic” and that the music, film and publishing industries are caught in a “piracy narrative”. “They’ve gone so far down a particular route that it’s difficult to come back,” he says. “It is clear that blocking is entirely ineffective.”

The trends may seem clear, but it is less clear whether traffic specifically relates to The Pirate Bay or to other BitTorrent sites. Essentially, as with the data in the Netherlands, it is hard to prove whether users are circumventing the block or taking their business elsewhere. “The general perception, though, is that the blocking systems haven’t worked, or haven’t worked as well as they might have done,” admits Rendle.

However, the story is not the same around the world. “We have seen that these measures can be highly effective,” says Jo Oliver, general counsel at the International Federation of the Phonographic Industry (IFPI), which is at the front line of the war against global piracy.

"The music, film and publishing industries are caught in a 'piracy narrative'. They've gone so far down a particular route that it's difficult to come back."

Following the block against The Pirate Bay in Italy, she says data published by the IFPI show use of the site has since declined by 85 per cent. “The Pirate Bay used to be the biggest BitTorrent site in Italy.” Not any more, it seems.

Oliver adds that after Italian ISPs were required to block access to BTjunkie in April 2011, the IFPI’s figures show use of the service in the country subsequently fell by 78 per cent. “These, and similar results from other countries, demonstrate that blocking implemented by ISPs can be highly effective in significantly reducing access to infringing services.

“No system is perfect, but we believe the website-blocking measures can be effective. The unlicensed experience becomes less convenient and less simple. ISPs can block unlicensed websites by their domain name, or by their Internet protocol (IP) address. Our experience suggests that blocking the IP address is the more effective measure, while using both methods delivers the best results of all.

“Some data have suggested that website blocking is of limited effectiveness, but we do not believe that is reliable, as our data show a significant impact on usage of sites blocked.”

Here is part of the problem when deciphering how effective blocking is: it is hard to know who to believe. Rendle says that despite the mixed data, there at least three good reasons for rights owners to carry on pushing for blocking. “First, it does stop people—it does make it more difficult for people to download. Second, it’s an important political message, or an educational message, that these sites infringe copyright orfacilitate copyright infringement—and that is not acceptable.”

The third reason, Rendle says, is that blocking can form part of a multi-faceted approach to tackling piracy. Blocking file-sharing sites is but one way of tracking down the pirates. Another is to target individuals who are known to have downloaded illegally; another might be to lobby governments to shut down the sites. History tells us, however, that this game of ‘whack a mole’ has not been particularly effective, as website owners can easily move their operations to different locations.

The IFPI certainly has a broad-ranging antipiracy strategy, that Rendle alludes to. Its Internet Anti-Piracy Unit works with its member record companies to target and remove pre-release leaks, wherever they appear on the Internet. It is also engaged in a high volume notice and takedown programme for its major and independent record company members, removing more than 15 million links last year.

“In appropriate cases, the IFPI pursues criminal complaints or litigation against those that have built businesses by abusing its members’ rights,” says Oliver. “The IFPI also works with Internet intermediaries, such as payment providersand search engines, to try to combat the illegal business models of unlicensed sites.”

Rendle adds that convincing these ‘bystanders’— the advertisers, and intermediaries such as PayPal—that they are supporting an unlawful enterprise becomes easier once court orders are in place. “Take the money away and it is more difficultfor the websites to exist. They are businesses, the servers probably cost a lot of money to maintain and there are other costs involved,” he says. “So taking practical measures to reduce the revenue stream seems to be a significant tool that can be used outside the legal remedies.”

The debate about blocking is merely one part of a wider conversation between the creative industry and consumers. On the one hand, rights owners must be rewarded for their work. On the other, consumers argue they are charged extortionate sums for music and movies. As the debate continues, rights owners will have to find new ways of encouraging consumers to pay, and not steal. The success of online music service Spotify and Internet radio ‘cloudcaster’ Mixcloud may give both sides hope.

But while it seems that whichever country you’re in can determine how effective you believe blocking to be, one thing is for sure—there are hundreds of ways around the systems. In an age when the Internet is supremely powerful, and ordinary users can quickly learn how to access sites such as The Pirate Bay, rights owners have their work cut out. Judging by their recent approach forcing ISPs into action, however, they won’t be giving in too easily.