The burden of proof online 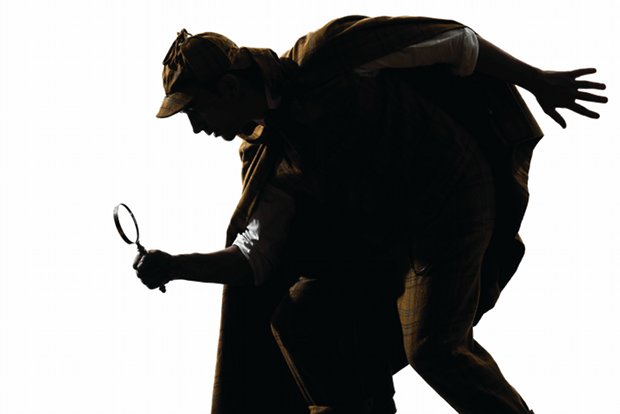 Use of a mark on the Internet has become a significant component of trademark law around the world. Idil Buse Kök and E. Zeynep Yarkın explore the current themes.

The most important function of a trademark is to distinguish those goods and services that belong to an entity. The mark can fulfil its function only through use.

When global trademark laws are examined, the most common international thread is the understanding around the use of a particular trademark. Even if registration provides at least 10 years’ protection and exclusive right to use the mark, the registered trademark has to be put to ‘genuine use’. However, even if the ‘use’ of mark is a common subject, the understanding of ‘genuine use’ may differ by country.

Considering the wide and increasing use of the Internet, ‘use of a mark on the Internet’ has become a significant component of trademark law. One of the most important questions emerging from this issue is: “Can use on the Internet be sufficient to prove genuine use of a mark?”. In this article we intend to address this question in light of legal practices in a number of countries, including Turkey.

In 2001, the World Intellectual Property Organization (WIPO) and the Assembly of the Paris Convention adopted a Joint Recommendation concerning Provisions on the Protection of Marks and Other Industrial Property Rights in Signs on the Internet. According to Article 2 of the recommendation, “use of a sign on the Internet shall constitute use in a member state for the purposes of these provisions, only if the use has a commercial effect in that member state”.

The provisions of this recommendation aim to provide a clear legal framework (including factors for determining commercial effect in a member state) for trademark owners who wish to use their marks on the Internet and to participate in the development of electronic commerce.

These factors, which are guidelines to assist the competent authority to determine whether the use of a sign has produced a commercial effect in a member state, are not pre-conditions for reaching that determination. Rather, the determination in each case will depend upon the particular circumstances of that case.

Based on this recommendation, use of marks on the Internet would probably be sufficient to prove genuine use and would be determined in the same manner as other advertising (such as printed material). Furthermore, considering the factors mentioned in the recommendation, there are two main conditions raised over court decisions; ie, association of the mark with particular goods or services and association of the mark with a particular country or territory.

“USE IN COMMERCE IS ONE OF THE MOST IMPORTANT PARTS OF THE TRADEMARK REGISTRATION SYSTEM IN THE US AND LACK OF USE IS A PRIMA FACIE INDICATOR OF ABANDONMENT.”

First, a mark should be associated with particular goods or services on a website and the consumer should clearly understand the goods or services associated with this mark. Use only as a domain name will not be sufficient to meet the prerequisite requirements of genuine use of mark. However, use of a mark as only a domain name may be sufficient in the service sector, depending on the characteristic of the services, such as “services of bringing together a variety of goods enabling consumers to conveniently view and purchase those goods” in Class 35 of the Nice Classification, as the domain name would be associated with that service (eg, Amazon, see below).

Second, a mark should be associated with a particular country or territory. Appearance on a website accessible from any country may not be sufficient for this association. If a mark is used on a website, the consumer should clearly understand that the goods or services are offered to the consumer in that particular country or territory, even if the provider is based abroad. In order to determine this association there are some factors to be considered. For example,

These conditions have been explained and examined in various court decisions in a number of countries and as mentioned above, generally, use on Internet is sufficient to establish genuine use. However, use on a passive website is not acceptable; use on a website to offer or advertise goods or perform services would be required for genuine use. Examples of legal practices in a number of countries follow.

In France, as in most of the other countries, a mark should be offered for particular goods or services provided to the French consumer and these goods or services should be purchased by a significant number of consumers. This point of view is accepted by the Paris Court of Appeals, fourth Chamber, in The Zockoll Group Ltd (formerly Phonenames) v Fleuriste case (docket no. 05/22915, November 24, 2006).

Use on the Internet may also be sufficient for genuine use in the UK. However, at this point, the mere presence of a mark on a website is not regarded as sufficient for genuine use. In 1-800 Flowers Inc v Phonenames Ltd (2000) ETMR 369 it was mentioned that “the mere fact that websites could be accessed anywhere in the world did not mean, for trademark purposes, that the law should regard them as being used anywhere in the world.

It all depends upon the circumstances, particularly the intention of the website owner and what the reader will understand if he accesses the site”.

Accordingly, the website should be explicitly aimed at the UK consumer and should, for example, be in English, offer goods or services to UK consumers, mention the prices in sterling, and enable transactions to be made by UK consumers. One of the notable examples of globally used marks on the Internet is mentioned in the case Euromarket Designs Incorporated v Peters (2001) FRS 288. In this case, use of the mark amazon. com is given as an example of genuine use on the Internet considering the genuine supply of goods to UK, even though the website is based in the US.

Similarly, use on the Internet may be sufficient for genuine use in the US. In Section 45 of the US Trademark Act “use in commerce” is explained as “the bona fide use of a mark in the ordinary course of trade, and not made merely to reserve a right in a mark.

For purposes of this act, a mark shall be deemed to be in use in commerce:

Use in commerce is one of the most important parts of the trademark registration system in the US and lack of use is a prima facie indicator of abandonment.

According to Section 45: “‘Use’ of a mark means the bona fide use of such mark made in the ordinary course of trade, and not made merely to reserve a right in a mark” and use of a mark on the Internet may be sufficient for genuine use, only if it constitutes the “bona fide use” explained above. Accordingly, if the goods or services were offered on the Internet and could be purchased online, shipped to or provided in the US, this could be considered as use of the trademark.

Countries such as Australia, Austria, Brazil, Canada, Finland, Germany, Hong Kong, India, Israel, Japan, Korea, Sweden, Switzerland, the Netherlands and Turkey also accept that use on the Internet may be sufficient for genuine use, and allow cancellation actions based on non-use.

"CONSUMERS ENTERING THE DEFENDANT’S WEBSITE FROM TURKEY WERE GREETED BY TURKISH FLAGS, WHICH WE BELIEVE COULD HAVE BEEN ACCEPTED AS A DIRECT OFFER TO TURKISH CONSUMERS."

According to Article 42/1-c of the Turkish Trademark Decree Law no 556, which regulates the invalidation of trademarks: “A registered trademark shall be declared invalid by the court where in breach of Article 14. (However, serious use between the date of instituting of the proceedings and the expiry of years shall not constitute a reason of invalidity. If use has been made upon realization that proceedings are to be instituted, in such a case the court shall not take into consideration the use within three months prior of the institution of the proceedings.)”.

Also according to Article 14 of the related Decree Law which regulates the use of the trademark: “If, within a period of five years following the registration, a trademark has not been put to use without a justifiable reason or if the use has been suspended during an uninterrupted period of five years, the trademark shall be repealed.” The following shall be understood to constitute use:

a) Use of the registered mark in a form differing in elements which do not alter the distinctive character of the trademark;

b) Use of the trademark on goods or their packaging solely for export purposes;

c) Use of the trademark with the consent of the proprietor; and/or

The Decree Law accepts the use of a trademark as a prerequisite and gives rights to third parties to file an invalidation action depending on a claim of non-use. In non-use actions, the burden of proof is shifted to the plaintiff and the plaintiff has to prove ‘genuine’ use through serious evidence.

However, the definition of ‘serious evidence’ is not regulated in the Turkish Trademark Decree Law. When precedent decisions are examined by the Civil Courts for Intellectual and Industrial Property Rights and the Court of Cassation, the number and amount of invoices is important to prove use of the disputed mark.

Accordingly, what if a mark is used only on the Internet and the sale of the related mark occurs only through the Internet? The Ankara Civil Court for Intellectual and Industrial Property Rights declared in a decision that purchase on the Internet by Turkish consumers through the website of the defendant, who resides abroad, does not mean the importation of goods and the use of a mark, as ‘import’ means the entrance of a good to Turkish Customs.

Furthermore, the number and amount of submitted invoices was considered insufficient to prove ‘serious’ usage in Turkey.

As a result, the court came to the conclusion that purchases from the website (which is not directly offered to Turkish consumers and is accessible from any country) by credit card cannot be accepted as use of the mark in retail services. Accordingly the court accepted the case of the plaintiff and invalidated the disputed mark due to non-use.

The defendant appealed the decision and the Court of Cassation briefly explained that the term ‘export’ did not mean “only selling goods or services through a website which is based abroad and accessible from any country” and approved the decision of the First Instance Court, which was finalised.

This ruling was made despite the fact that consumers entering the defendant’s website from Turkey were greeted by Turkish flags, which we believe could have been accepted as a direct offer to Turkish consumers.

To sum up, even if there is not any specific provision, legislation, law, etc, after the Joint Recommendation of WIPO dated 2001, there is a general tendency on both the conditions of genuine use and acceptance of use, that Internet use is a genuine employment of a trademark. Considering the importance of the Internet, Turkey and international jursidictions continue to move towards general acceptance of Internet use being considered as genuine use.

Idil Buse Kök is an attorney at Ankara Patent Bureau Limited. She can be contacted at: idil.kok@ankarapatent.com

E. Zeynep Yarkın is the manager of the department of law at Ankara Patent Bureau Limited. She can be contacted at: zeynep.yarkin@ankarapatent.com

Online, burden of proof, proof of use, trademarks