The dancing baby: three things you need to know 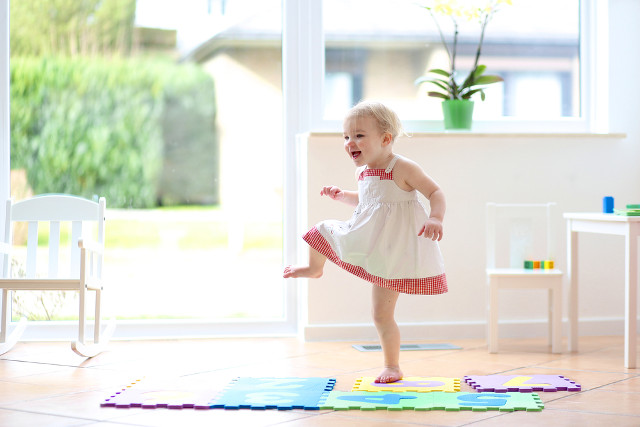 The decision in Lenz v Universal partly hinged on whether copyright owners need to demonstrate a ‘good faith belief’ that use of their material is infringing. J. Michael Keyes of Dorsey & Whitney examines the implications.

In September, the US Court of Appeals for the Ninth Circuit handed down the decision Lenz v Universal, which has invariably been referred to by pundits and bloggers as the ‘dancing baby’ case.  The ninth circuit ruled that before a copyright owner can send a “takedown” notice to an ISP hosting the copyright owner’s content posted by a third party, the copyright owner must consider whether that party has a viable “fair use” claim.

Now that the initial buzz over the court’s ruling has somewhat subsided, perhaps it is a good time to take a look at the decision and discuss three things that every copyright owner needs to know about the decision.

It all began in 2007 when Stephanie Lenz was inspired by her toddler’s dancing and swaying to music in the family kitchen. Moved by her young tyke’s enthusiastic dance moves, Lenz captured them and uploaded her resulting work to YouTube.

This cinematic episode would likely have been lost in the sands of the internet, but for one thing: the music the toddler danced to was the 1980s hit “Let’s Go Crazy” by pop star Prince. Lenz’s family and friends were no doubt delighted to witness the young toddler’s dancing prowess but Universal Music, the copyright owner to the song, was not as thrilled.

Universal sent a takedown notice to YouTube informing it that Lenz’s video was not authorised and that YouTube should remove the video.

Under the Digital Millennium Copyright Act (DMCA), a copyright owner (Universal) can send a notice to an internet service provider demanding that an unauthorised copy of the copyright owner’s work posted by a third party be removed.

“The court also makes it clear that damages could be recovered against a copyright owner who lacks a ‘good faith belief’.”

The caveat is that the copyright owner must certify that it has a ‘good faith belief’ that the online content is infringing. This is where the 28-second video clip spawned many years of litigation. Lenz believed that Universal could not have had a ‘good faith belief’ that the dancing baby video was infringing. Her position was that the incidental use of a 28-second clip of Prince’s music was a ‘fair use’ under the US Copyright Act. Consequently, she filed a lawsuit alleging that Universal should not have asked YouTube remove the video.

After many years of this dispute wending its way through the federal court system, the ninth circuit finally weighed in on one of the key legal issues in the case: does a copyright owner who sends a takedown notice have to consider whether the alleged infringer has a fair use defence?

Here are three important takeaways from the court’s decision.

The copyright owner must consider fair use

The court ruled that before a copyright owner sends a takedown notice, it must first consider whether the alleged infringer has a legitimate fair use defence. This is a significant development because the fair use doctrine has traditionally been treated by courts and litigants as a defence to a claim for infringement and it is the defendant’s burden to prove that the allegedly-infringing use was fair.

Under Lenz, a copyright owner in this context must now consider the legitimacy of a fair use defence before sending that take down notice. This is the most significant aspect of the ruling.

The court’s decision makes it pretty clear that the copyright owner’s fair use analysis need not ultimately be correct. In the words of the court, “a copyright holder’s consideration of fair use need not be searching or intensive.”

What this means is that as long as a copyright owner has a ‘good faith belief’ that it will prevail over a claim of ‘fair use’, that is sufficient. This sounds rather nice and tidy, but there are many questions at the margins that flow from this part of the court’s opinion. What if the copyright owner’s fair use legal analysis is way off the mark? Would that be tantamount to not having a good faith belief? Perhaps.

Answers to these and other lingering questions will have to wait for another day.

Damages are recoverable, but don’t quit your day job

Finally, the court also makes it clear that damages could be recovered against a copyright owner who lacks a ‘good faith belief’, but those damages are likely going to be ‘nominal’. Attorneys’ fees and costs are also recoverable in the action, which could be significant.

Lenz v Universal represents a significant development in the realm of online copyright infringement. Before copyright owners send takedown notices to service providers under the DMCA, they now need to remember the ‘dancing baby’.

J. Michael Keyes is an intellectual property litigation partner at law firm Dorsey & Whitney.He can be contacted at: keyes.mike@dorsey.com. His twitter handle is @JMichaelKeyes