The joke’s on you 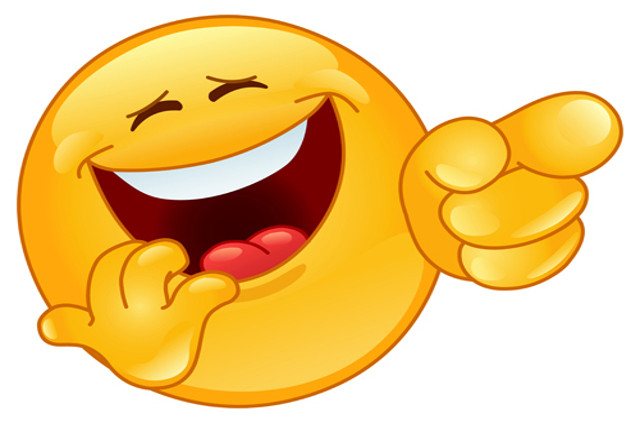 After a US comedian recently sued TV host Conan O’Brien for allegedly copying his jokes that were posted on Twitter, TBO considers whether such funny remarks can be protected by copyright and how protection might be enforced on social media.

We’ve heard of Twitter removing tweets with embedded videos showing clips of sporting action or featuring recognisable passages of music, but now it seems to have gone one step further to protect copyright.

The social media site has begun to honour takedown requests from users who complain that their jokes have been lifted by others.

Certain tweets in recent weeks have been replaced with a message stating that they have been withheld because of a report from the “copyright holder”.

However, in these cases the copyright owner is not a multi-millionaire musician or multinational broadcasting company, but a social media user trying to be funny, and attempting to do so in just 140 characters or fewer.

The issue came to a head last month when comedian Robert Kaseberg sued US TV host Conan O’Brien for allegedly stealing his jokes and using them on his TV show “Conan”.

Paul Fakler, partner at law firm Arent Fox, tells us that size is not necessarily a requirement for receiving copyright protection.

“The key is that, just as with any other protected work, a joke must be original and must have sufficient creative authorship.”

Hillel Parness, founder of Parness Law Firm, offers a similar view. He says that original, creative works of authorship are entitled to copyright protection, even if that creativity is expressed in a “compact form”.

“Think about haiku poetry,” he adds.

The practice of lifting jokes, and what Twitter can do to counteract the problem, is a hot topic at the moment.

US technology news publication The Verge reported in July that freelance writer Olga Lexell had asked Twitter to remove other users’ tweets that incorporated her jokes. The tweets were allegedly posted without her permission.

At least five of Lexell’s tweets were taken down after the social networking site received notices under the Digital Millennium Copyright Act.

In a statement on her Twitter account Lexell said that the “jokes are my intellectual property” and that the users in question “did not have my permission to re-post them without giving me credit”.

Shortly afterwards came the O’Brien dispute, filed at the US District Court for the Southern District of California.

O’Brien, according to Kaseberg’s July 22 complaint, stole a series of jokes that he had tweeted and posted on his blog and Twitter between January and June 2015.

The jokes covered topics including an uncomfortable flying experience with US airline Delta and Caitlyn Jenner’s gender transformation.

“The key is that, just as with any other protected work, a joke must be original and must have sufficient creative authorship.”

In the complaint, Kaseberg claimed that “within 24 hours” of each of the jokes being posted, O’Brien told them on his show “Conan” without giving Kaseberg any credit.

Parness tells TBO that because the four jokes “appear to embody the minimum required characteristics” to qualify for copyright protection, it would not be particularly surprising to see Kaseberg survive should O’Brien file a motion to dismiss the case.

“The fair use defence does not seem likely, as the jokes were allegedly copied in full and unchanged, for a commercial purpose, and used in the same manner as the creator intended,” Parness says.

Fakler adds. “These jokes all seem to be long enough to have more than de minimis expressive content, so they are likely to be protectable (assuming they were original).”

“In this case, however, it is alleged that the jokes were told almost verbatim. If true, extensive verbatim copying would tend to undercut the plausibility of independent creation,” Fakler continues.

Kaseberg said in his complaint that he registered the copyright to each of the jokes with the US Copyright Office and that O’Brien’s use of them is infringing those rights.

“Defendant’s infringement has been wilful and deliberate and was done for the purpose of making commercial use of and profit on plaintiff’s material and to entertain audiences throughout the country,” the complaint stated.

Parness says the complaint, and the wider debate about protecting jokes on Twitter, indicates the “double edged” sword that the internet can sometimes be.

“In the case of a professional comedian, he or she may choose to post content for free to gain exposure, but may also choose to enforce his or her rights in that content when it is appropriated for commercial purposes,” he adds.

Several Twitter accounts, many with hundreds of thousands of followers and which are themed around posting jokes, pictures and videos on various topics including sport and sex, have also been accused in recent weeks of lifting jokes.

In the moments after posting a tweet they have often been accused by fellow users, and their own followers, of ripping off the content from elsewhere.

From now on, says Parness, and subject to Twitter’s policies on the subject, creators may want to think about “yielding five of their characters to [put in a disclaimer], ‘©2015’”.

Whether this will stem the tide of infringement remains to be seen.