The legality of parallel imports in India 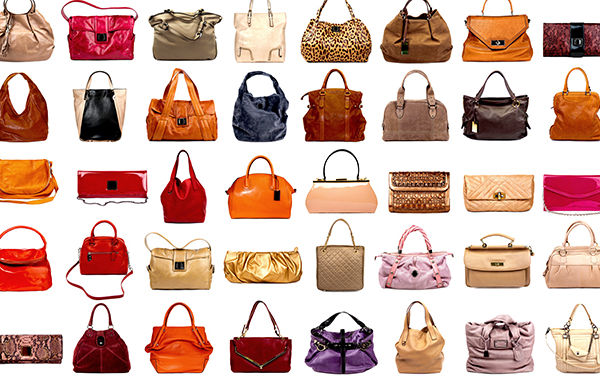 Counterfeiting cases are rarely contested in court but the law on the legality of parallel imports is ambiguous and hotly contested in India, as Safir Anand reports.

Counterfeit goods and unauthorised imports can become a nightmare across all industries. The counterfeit market is a fast-growing menace, and with the advent of the internet it is becoming difficult to rein in. For example, the fake luxury goods market in India is growing at 40 to 45% annually and its current estimated worth of $4 billion is likely to more than double in the next few years.
The Assocham-Yes Bank study, conducted in 2013 in India, stated that fake luxury goods account for about 5% of the overall luxury market.

The growing market for counterfeits is fed by high consumer demand for easily accessible, cheap branded products. From a consumer’s point of view, what exactly is a counterfeit? A counterfeit is an imitation, usually one that is made with the intent of fraudulently passing it off as genuine.

Such goods are often produced with the intent of taking advantage of the established worth of the imitated product. It is therefore most important to lay ground rules to curb the nuisance. But how do you curb this growing menace?

There are a number of ways of tackling counterfeits and parallel imports, but obtaining an interim injunction with an Anton Piller order (a court order that provides the right to search premises and seize evidence without prior warning, to prevent destruction of relevant evidence) from courts is the most effective option.

Trademark counterfeiting is the act of producing, offering for sale, selling or distributing a product or service with a spurious mark that is identical to, or substantially indistinguishable from, a registered mark. Counterfeiting is the most common form of trademark infringement and is dealt with severely by Indian courts. Consequently, traditional counterfeiting matters are rarely contested in court and usually end in settlements.

On the other hand, the law on the legality of parallel imports is ambiguous and hotly contested in courts in India. The Supreme Court of India is aware of this issue. Brand owners argue in favour of the principle of national exhaustion of trademark rights, putting parallel imports on the same pedestal as counterfeits. Importers want India to follow the principle of international exhaustion so the trademark owner should have no control over genuine goods after they have been put in any market worldwide.

One such case, filed in the High Court of Delhi, is Christian Louboutin v Nakul Bajaj, where the plaintiff asked the court for an injunction against the defendant, www.darveys.com. The defendant was selling the plaintiff’s products without its permission, thereby creating a shadow of doubt regarding the quality of the product in the minds of consumers. The plaintiff alleged that the defendant’s activities were also affecting the goodwill and reputation of its brand, and that the continuing use of the plaintiff’s name would lead to irreparable harm to a luxury brand like Christian Louboutin.

Relying on the contentions presented by the plaintiff, the court granted an interim injunction that restrained the defendant from selling unauthorised products. The court in this case relied on an earlier case, Yahoo Inc v Akash Arora and Ors.

In the recent cases of Louis Vuitton Malletier v Gaurav Bhatia & Ors; Montblanc Simplo Gmbh v Gaurav Bhatia & Ors; and Cartier International AG & Ors v Gaurav Bhatia & Ors, the court ordered the defendant to immediately shut down his e-commerce website, www.digaaz.com, as he was found to be selling counterfeit goods with the intention of misleading consumers and members of the trade into believing the sold products originated from the plaintiffs.

The courts in these cases have relied on Yahoo, and taking a step forward have directed the domain name registrar and hosting service provider of the e-commerce website to discontinue the services offered to the defendant.

A review of the cases in question raises the question of whether the courts have sufficient jurisdiction to be able to help the aggrieved parties. The answer to this can be traced in the legislation. In cases of registered trademarks, one needs to rely on Section 134 of the Trade Marks Act. In the case of M.K. Sowbhagyam v Wipro Ltd, the court stated Section 134 is in the nature of expanding the scope of Section 20 of the Civil Procedure Code (CPC).

Section 134(2) of the Trade Marks Act carves a specific provision to safeguard the aggrieved in such cases of infringement. In comparison, in cases of unregistered marks, reliance is placed on the CPC as the plaintiff approaches the court against an action of passing off and claims his rights under common law.

As discussed, parallel imports or grey market goods, unlike counterfeits, carry legitimate marks but are not authorised to be imported or sold in the country of import. On this issue the High Court of Delhi, in the matter of Microsoft Corporation & Anr v Jayesh & Anr, has tried to define unauthorised imports and the effects of them at all levels of the production and marketing chain.

The court said: “An ‘unauthorised import’ is a genuine, non-counterfeit product which escapes the authorised channel of shipment, distribution and sales of the manufacturer/IP owner and reaches another country/territory for which it was not earmarked or authorised to be sold or distributed. Such goods, when sold in the market, entail repercussions for:

• The seller, since the unauthorised trader uses his own distribution network, and the goods are susceptible to damage and impairment during transport, handling and storage;

• The consumer, since they are unable to avail themselves of any warranties or after-sales support on such goods; and

• The government, which loses taxes and custom collection on account of such goods often being smuggled or under-invoiced at entry ports.

In Ferrero USA Inc v Ozak Trading Inc, the court stated that non-compliance with the statutory requirement amounts to difference or changes which may entitle the proprietor to oppose such imports or dealings. However, the court in another case went a step further and said “the right to oppose the use of the trademark once the goods have been put on the market arises only where such use is liable to impair the guarantee of identity of origin of the goods”.

"parallel imports or grey market goods, unlike counterfeits, carry legitimate marks but are not authorised to be imported or sold in the country of import."

The plaintiffs approached the court in different suits and asked for a permanent injunction against the defendant, as the surreptitious online trade activities of the defendant under the well-known trademarks of the plaintiffs was causing incalculable harm and injury to their business, goodwill and reputation.

In addition, the plaintiffs claimed that these acts were diluting their marks. The courts granted a permanent injunction in both matters. In The Polo/Lauren Company case, the court observed that “such attempts of counterfeit not only cause loss of profits to the plaintiff but result in inferior products being made available to the public at large, who are deceived by the conduct of the defendants”.

The courts have given diverse opinions on this issue, but with the recent judgment of Microsoft Corporation & Anr v Jayesh & Anr, the High Court of Delhi has interpreted that goods that are unauthorised importations and/or pirated or counterfeit versions of the goods, infringe the registered trademark and copyrights of those goods, and in turn violate the rights of the registered owners.

Whether the aggrieved party is eligible to claim damages in such cases remains a pertinent question, but the courts have responded positively by telling the infringers to pay damages based on the profits they have incurred through riding on the goodwill of the aggrieved party. The High Court of Delhi, in the case of Disney Enterprises Inc & Anr v Santosh Kumar & Anr, said punitive damages are a must in cases where a party has adopted the trademark of the registered owner with the intent to pass off its goods and to cash in on its goodwill and reputation.

In cases where the infringer chooses not to appear despite court notices being served, the courts have observed that the defendants, by being ex parte, cannot avoid liability in damages. When discussing the liability of the seller, it is of utmost importance to look in to the liability of an intermediary as well. Section 79 of the Information Technology Act deals with the issue of liability of a network service provider. But the key defect of the act is that the defences under this provision are applicable only to offences committed under the IT Act and not to offences committed under other laws.

In the Bazee.com case, protection under the IT Act was not available to the intermediary, as the offence committed was an offence under other laws. Counterfeiting is an offence under the Trade Marks Act, so by taking the principle of the Bazee.com case, it can be stated that the intermediary is not protected and is to be held liable for the offence of counterfeiting. Since the kind of due diligence required to be conducted in such trademark cases is not feasible, there have been no instances where the intermediary has been held liable for the offence. Since our laws are comparatively new, we are still carving a path to tackling the issue of the liability of an intermediary in counterfeiting cases.

It is not wrong to say that the internet is unmanageable, as anything which goes online spreads like wildfire. In order to safeguard IP rights, companies need to put in place an effective mechanism of online vigilance. In instances where the owner has found products which are not genuine, the courts have held the seller liable for punitive damages.

Safir Anand is a senior partner at Anand & Anand. He can be contacted at: safir@anandandanand.com