The power of a poor review 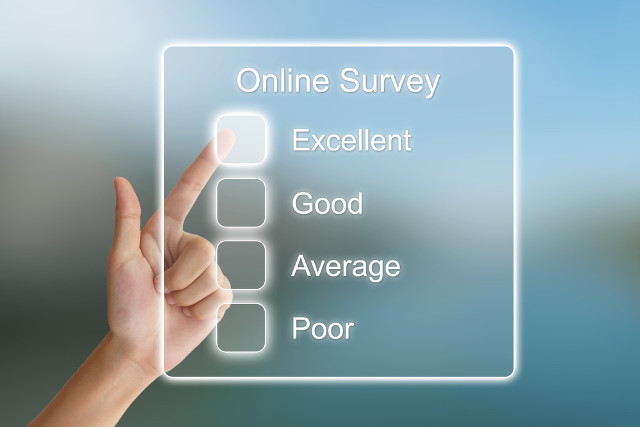 A bad—or good—online review can have a huge impact on consumers’ purchasing decisions, so brand owners need to be vigilant in addressing false reviews and misleading online review tactics, say Marc Rachman and Brandie Lustbader of Davis & Gilbert.

For example, genuine, unsolicited praise for a doctor on ZocDoc, a US website that allows users to book doctor appointments online, can result in dozens of new patients for a practice, and positive product reviews on Amazon can result in hundreds, maybe even thousands, of product sales. On the other hand, genuine negative reviews can have an equally damaging result to a brand’s reputation, depending on how the brand owner responds to them and how prevalent they become.

The power of online reviews was illustrated in a study conducted by market research company Dimensional Research in 2013 that found that almost 90% of the respondents reported that their buying decisions were influenced by online reviews, whether positive or negative.

Then there is the darker side of the online review world—fake reviews. Some companies actually specialise in generating fake positive reviews in order to create a fake grassroots movement that artificially inflates the reputation of a business, and there have been instances where companies have instructed their own employees to do so. These tactics are sometimes referred to as ‘astroturfing’.

Recognising the influence of consumer reviews, there has also been a growing trend in the posting of false negative reviews—reviews not based on actual experience, but fabricated in order to undermine a business’s reputation. Sometimes these practices are engaged in by a competitor in a misguided and improper effort to gain an advantage in the marketplace.

The US Federal Trade Commission (FTC) set its sights on astroturfing early on, as it recognised the likelihood that such conduct was likely to deceive consumers.

Astroturfing is prohibited under section 5(a) of the FTC Act, which provides that: “Unfair or deceptive acts or practices in or affecting commerce ... are ... declared unlawful.” According to the Guide to Endorsements and Testimonials, published by the FTC in 1975 and updated in 2009 to include social media, individuals must disclose any “material connection” with a brand, including whether they are receiving payment to endorse a brand, or whether they are an employee of the brand. Failure to disclose circumstances such as these constitutes deceptive advertising practices.

Over several years, the FTC has repeatedly brought deceptive advertising charges based on the posting of false online reviews.

In 2010 the FTC brought charges against a PR relations agency hired by video game developers whose employees posed as regular consumers in order to post favourable game reviews on the iTunes store. This year, the FTC also charged a broker that arranges the shipment of consumers’ cars with failing to disclose that it gave $50 discounts to customers who posted any reviews—either positive or negative. The FTC’s chief concern was not the nature of the reviews, but that the arrangement was not disclosed.

In 2013, the New York State Attorney General (AG) joined the fight to combat astroturfing. As part of a year-long sting operation called Operation Green Turf, representatives from the AG’s office posed as a new business owner of a Brooklyn yogurt shop and called the leading search engine optimisation companies to request help in combating negative reviews on various consumer-review websites.

In response, some of the companies offered to write false positive reviews of the yogurt shop and post them on sites such as Yelp, Google Local and Citysearch, using techniques to hide their identities and bypass the sophisticated filters used by many websites to detect false reviews. In announcing that 19 companies had agreed to pay more than $350,000 in penalties and cease writing false online reviews for businesses, the AG called astroturfing “the 21st century’s version of false advertising”.

Can a trademark infringement claim work?

Brand owners have now started taking matters into their own hands by bringing private civil actions against those posting misleading online reviews.

Causes of action that some brand owners have been raising include trademark infringement and dilution, as well as false advertising, all brought under the Lanham Act, the US’s primary trademark statute.

For example, in a May 2014 case before the US District Court for the Central District of California, Homeland Housewares, the parent company of the Nutribullet blender, filed a lawsuit against a competitor selling a rival blender product called Nutri Ninja.

“The plaintiff was able to tell that the reviews were false because of the extreme detail provided in describing the technical mechanical aspects of the products.”

In this case (Homeland Housewares v Euro-Pro Operating), the plaintiff alleged, among other claims, trade dress infringement and false advertising under the Lanham Act, and argued that the Nutribullet’s unique packaging was inherently distinctive, and that the trade dress of the defendant’s Nutri Ninja was confusingly similar.

Nutribullet also alleged that the defendant planted false reviews on websites that purported to compare the two products. The plaintiff was able to tell that the reviews were false because of the extreme detail provided in describing the technical mechanical aspects of the products, and descriptions of technical tests that a typical consumer would not perform.

In another case Yelp, itself an online review site, sought to take action against questionable review tactics to protect its name and the integrity of its review platform.

The case, Yelp v Herzstock, was brought by Yelp against several websites that were advertising that they could help business owners get better ratings on the website.

The action, which Yelp filed in the US District Court for the Northern District of California, named the owners of several websites, including yelpdirector.com, revpley.com and revleap.me, as defendants. Yelp claimed that these websites purported to sell business owners four and five-star Yelp reviews and to “filter”—in other words, remove—business’ existing one, two and three-star Yelp reviews, inducing Yelp users to violate the website’s own terms of service.

Yelp further alleged that the defendant’s websites marketed and promoted these supposed services by using Yelp’s registered trademarks in spam emails and texts sent to businesses listed on Yelp.

Among the claims asserted in the complaint were trademark infringement and dilution under the Lanham Act. With respect to its trademark infringement claims, Yelp alleged that due to the inclusion of its trademarks, the emails and texts confused recipients into believing that Yelp was affiliated with or responsible for the unauthorised communications, which could in turn generate a potential likelihood of confusion.

The Yelp case also has an interesting twist concerning alleged false online reviews. While the defendants may have advertised their ability to boost ratings for businesses listed on Yelp by posting knowingly false positive reviews and removing authentic negative reviews, Yelp claimed that they did not actually deliver on either score. Rather, the false reviews had little effect.

While false negative reviews remain a growing problem for business owners, issues can arise from authentic negative reviews as well. This is particularly the case when they were instigated by trademark infringement.

Because of the similar names of the two services and the failure of the vouchers to contain a phone number, and because LivingSocial had previously partnered with plaintiff, the plaintiff alleged that consumers confused defendants’ cleaning service for the plaintiff’s.

As a result of the confusion, consumers wrote unwarranted negative reviews of the plaintiff’s service on review websites including Yelp, Google+ and Facebook, thinking that the plaintiff and defendants were affiliated, resulting in the plaintiff’s loss of business, revenue and reputation.

The consumer reviews mistaking the defendants’ cleaning service for the plaintiff’s were offered as evidence of dilution, as well as actual confusion.

There are various avenues available to seek redress from such conduct, including reporting it to the appropriate federal and state agencies, as well as initiating private legal action.

Recently brand owners have been including claims for trademark infringement and dilution. While it is still too early to see how these claims will fare in the fight against improper online review tactics, bringing such claims does provide US trademark owners with grounds for jurisdiction in federal courts under the Lanham Act and the potential to seek attorney’s fees and triple damages as additional remedies.

Given the potential harm that a business can suffer from false negative reviews, there is no reason not to include such claims in an effort to protect one’s brand.

Marc J. Rachman is a partner in the litigation and intellectual property practice groups of Davis & Gilbert. He can be contacted at: mrachman@dglaw.com

Brandie J. Lustbader is an associate in the litigation practice group of Davis & Gilbert. She can be contacted at: blustbader@dglaw.com