The rise of the Instagrammer 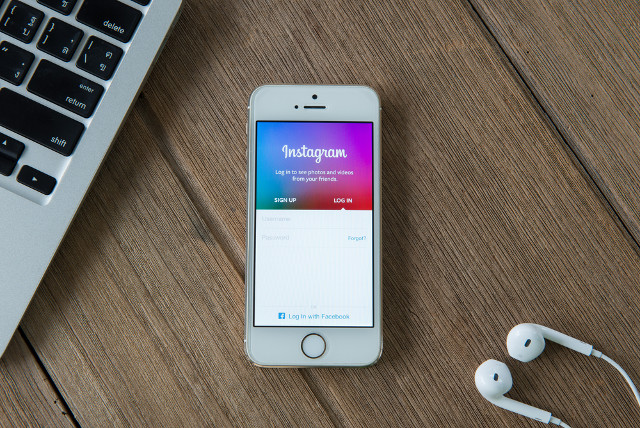 Sponsored photographs on Instagram present brands with both opportunities and risks, while unofficial endorsements may also cause them headaches. TBO reports.

When photo-sharing website Instagram announced two years ago it would be hosting adverts on its site, there may have been a collective groan among avid users.

Instead of enjoying scrolling through uninterrupted photographs of their favourite celebrities or friends like before, users now faced the prospect of seeing unwanted pop-ups from brands.

The adverts were rolled out in the US from 2013 and in the UK from towards the end of last year.

With an estimated 300 million active Instagram users, the attraction for advertisers is obvious. But away from the big brand adverts there has also been an increase in another form of advertising—sponsored photographs.

But as TBO discovers, the photographs can have both positive and negative effects. This has also had a marked impact on intellectual property, particularly when the photographs involve famous faces.

“But with advertising, whether sponsored or not, it is important to retain a degree of sensitivity to avoid a negative backlash against the brand involved.”

Celebrity endorsement sees a famous person, although often not what you may describe as an ‘A-lister’, paid to pose with a certain product or brand.

Leighton Cassidy, a partner at law firm FieldFisher in London, says it is “clearly becoming highly profitable” for Instagram to have a strong online presence in this field.

He says that so-called Instagrammers, not just celebrities but also “social influencers”, are able to command up to $8,000 for a single sponsored snap posted up on the site.

One company that helps Instagrammers do this, he says, is Mobile Media Lab, a consulting firm that connects popular Instagram photographers with brands to coordinate promotional campaigns.

Cassidy says this has resulted in a boom in the number of sponsored photographs appearing in users’ feeds and can generate revenue streams for social influencers such as Dan Bilzerian, a poker player known for his Instagram posts.

Other notable Instagram users, including some members of UK television shows “Made in Chelsea” and “The Only Way is Essex”, have endorsed products such as Hairburst, a vitamin supplement for hair, and teeth whitener Mr Blanc, on the social networking site.

But with advertising, whether sponsored or not, it is important to retain a degree of sensitivity to avoid a negative backlash against the brand involved.

Cassidy explains: “Where the endorsement or product placement is too obvious, it has been known to cause a backlash for both the celebrity and the brand for such blatant advertising. The key is to be subtle and artistic.”

Some of the posts from the aforementioned television personalities have arguably been obvious, and while it may be beneficial for the brand, an Instagram user could find itself being put off from following marketing-happy accounts.

On the other hand the impact can be just as severe for the brand itself.

Cassidy points to an example of the reality television show “Jersey Shore”. One of the stars of the show, Michael Sorrentino—AKA The Situation and known for his somewhat hedonistic lifestyle—was offered cash not to wear Abercrombie & Fitch clothing when on screen due to fears for the brand’s reputation.

According to a 2011 news report by The Telegraph, Abercrombie & Fitch, of which Sorrentino was a fan but had not actually been sponsored by, offered him “a substantial payment” to stop wearing its clothes.

“We are deeply concerned that Mr Sorrentino’s association with our brand could cause significant damage to our image,” the company said at the time.

Cassidy says: “Where there is no endorsement but the celebrity posts a photo showing branded items, the brand is essentially receiving free advertising. However what steps a brand may take should they not approve of the celebrity or the item in question would likely be along the same path [as Abercrombie’s].”

Monica Talley, director at law firm Sterne, Kessler, Goldstein & Fox, says there is also a danger of “losing control of the message”.

“I could see a situation in which it becomes popular for celebrities to post Instagram photos of themselves and the brand in a way that is not flattering to the brand, or that conveys false information regarding an ingredient or attribute of the brand.”

Talley points to an example from hip hop culture, where she says it has become popular among some people to drink a concoction called either ‘Purple Drank’ or ‘Sizzurp’.

The drink is a mixture of prescription-strength cough syrup (often at a volume or dose higher than medically recommended) mixed with a soft or fizzy drink.

“It is easy to envision a situation in which celebrities post Instagram photos of their favourite Sizzurp cough syrup base that could tarnish the manufacturer’s brand, or that may contain or imply false information regarding the ingredients of or effectiveness of the cough syrup.”

In fact, last year, pharmaceutical company Actavis pulled production of its cough syrup containing promethazine due to the negative connotations of the practice.

Cassidy says there are also examples of when posting images of brands could spiral into trademark infringement claims.

“If the Instagrammer combined a photo with a hashtag of the brand’s name, then there could potentially be a trademark infringement argument if the Instagrammer, through his or her own activities, was deemed to be ‘in the course of trade’.”

Talley adds that, even if the brand has given permission to the Instagram user, the problem could still extend further.

“If third parties are posting promotional photos on behalf of a brand, brands still need to make sure that everyone in the image has consented to use of the photo for promotional purposes.”

Instagram’s decision to accept adverts may have been obvious from a business point of view. But there have been notable instances of how unofficial endorsements, which can be difficult to differentiate from official ones, can damage a brand’s reputation as much as enhance it.

Instagram had not responded to a request for comment at the time of publication, but we will update the article should the company get in touch.