The role of government in the name game 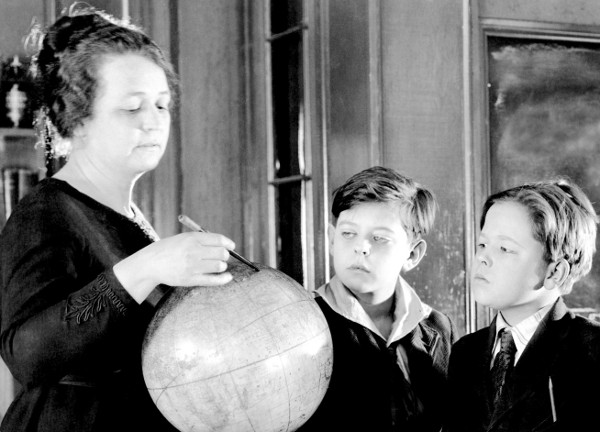 A sub-group of ICANN’s Governmental Advisory Committee wants to severely restrict the use of geographical names in domain names or trademarks, but this proposal must be vigorously opposed, says Nick Wood of domain name registrar Com Laude.

Forget what you learned at law school. It is time to adjust your thinking on international law. Governments deserve a right of veto over how you can use some of your trademarks.

Extreme as it sounds, this is what a sub-group of ICANN’s Governmental Advisory Committee (GAC) wants in relation to the second round of new generic top-level domains (gTLDs). A paper titled The Protection of Geographic Names in the New gTLD Process proposes that “geographic names should not be allowed to be registered as gTLDs, unless requested by the relevant communities where they belong or after a specific authorisation given by the government or community to the applicant”.

The paper is championed by Olga Cavalli, who works for the government of Argentina. At the past two ICANN public meetings she has tirelessly, perhaps ruthlessly, represented her case. So eager is she to establish government hegemony that at ICANN’s London meeting in June 2014 she and her supporters monopolised the microphone to the point where the GAC session was over before anyone could ask any questions or express a dissenting view.

The Intellectual Property Constituency (IPC) of ICANN was better prepared at the ICANN Los Angeles meeting in October. This time the chair of the session was Peter Nettlefold, the Australian GAC representative. Although Cavalli once again spoke until the scheduled end of the session, allowing no room for questions or comments, Nettlefold let the session run over. Demonstrating both fairness and the fact that perhaps not all governments support the paper, Nettlefold called for comments from the IPC. Up rose Marc Trachtenberg of law firm Greenberg Traurig, and the fightback started.

Trachtenberg started calmly. “The paper is based on an inadvertent misunderstanding or mischaracterisation of trademark law,” he said. Everyone sat up as he continued: “It prioritises vague and indefinite government interests over rights that are explicitly and unequivocally recognised in international law.”

He then ran through a series of concerns that trademark folk who follow ICANN have been expressing for more than a year:

There is a long list of famous brand names that are also geographic terms that Cavalli would seek to block in the future: Avon for cosmetics; Dartington for glass; Emirates for an airline; Everest for windows; Perrier for water; Santander for a bank; Tuareg for a car; etc.

This was supplemented by a second list of well-known Argentinian brands that are also geographic names, from Aconcagua to Rio Mendoza (no mention was made by the IPC of Ipiranga or Vivo, two South American brands that applied in the first round, the names of which coincide with geographic terms that the South American GAC representatives also did not object to).

Two other brands not mentioned on the list were Patagonia and Amazon. These two well-known companies applied in the first new gTLD round but were attacked by GAC representatives from South America. Despite passing the evaluation of ICANN’s neutral panel of experts—the geographic names evaluation panel—because they were not protected geographic names a campaign was started against them. Patagonia withdrew its application; Amazon, as might be expected from an internet company that does not have a real world shop front, stood firm until the GAC sent consensus advice to the board that the application should be denied. The ICANN board accepted this advice.

If it could happen to “the US’s most trusted internet company”, as Amazon has been called, it could happen to you. Marques, the European Association of Trademark Owners, recognised this back in September 2013 when it wrote to the board of ICANN on this topic following the issuance of GAC advice to Amazon.

Marques said: “Nation states should not be able to arbitrarily restrict trademark owners’ rights to make lawful use of their trademarks through ICANN, when international agreements to which they are signatories would not allow such restriction. This should apply particularly with respect to rights which, as in the present case before the ICANN board, have previously been (lawfully) allowed by national trademark offices pursuant to their treaty obligations.”

"There are no authoritative global lists of “any and all names that are in the public interest” that the sub-working group wants to protect."

This concern was echoed during the LA meeting session by Robin Gross, speaking on behalf of ICANN’s non-commercial stakeholders group, not traditionally an ally of brand owner interests. Gross said: “I would encourage governments not to use ICANN to replace legitimate international law-making forums … It only opens ICANN up to criticisms of engaging in what could be called ‘policy laundering’, where if you can’t get a particular policy in a legitimate law-making forum you can go to ICANN and get a global rule without an appropriate process.”

The impracticality of the Argentinian proposal is also an issue. Cavalli and her sub-working group suggest that: “ICANN and governments should encourage the applicants to get in touch with related local governments to try to reach agreements. Dialogue and communication based on the laws and regulations is a better way to solve any difficulties. Furthermore, if the agreement between the relevant governments and the applicants cannot be reached, the public interest should be priority.”

This pre-supposes that the “public interest” is the government interest, as opposed to the public interest afforded by trademarks in preventing consumer confusion.

Tata Group, the Indian conglomerate, applied for .tata in the first round after obtaining the written consent of a Moroccan government department; Tata is the name of a province there and is protected on the ISO-3166-2 list as a sub-national place name. This letter of consent satisfied ICANN’s geographic names evaluation panel but not Boubker Seddik Badr, Morocco’s director of digital economy in the Ministry of Commerce. He claimed in a letter sent to the ICANN board on September 17, 2014 that “as far as I know the application did not receive any endorsement from the relevant sub-division/province”.

So if identifying the correct government authority is a problem, the idea that potential applicants should use “internet searches”, as the paper suggests, to identify conflicts with sovereign terms is even worse. Search for what? Search where? The ISO-3166-1 and ISO 3166-2 lists define internationally recognised codes of letters and/or numbers that correspond with the names of countries, dependent territories, special areas of geographical interest, and their principal subdivisions (eg, provinces or states).

All applicants in round one were advised in the applicant guidebook to check against these lists. Otherwise, which lists should be used? There are no authoritative global lists of “any and all names that are in the public interest” that the sub-working group wants to protect. The proposal does not even attempt to address how a conflict should be resolved where the hapless brand owner finds itself facing differing views from competing government interests in a name or, worse, where there are territorial ownership disputes between governments.

A comment period is open until December 31 at future-geo-doc-comments@gac.icann.org. The IP community must respond in force, pointing out the absurdity of a paper that would protect an undefined geographical name “even if it is being translated into another language”.

This is not just about the co-existence of trademark rights and place names but about curbing the enthusiasm of governments to bring to ICANN demands that would be thrown out by their own courts.

Nick Wood is the managing director of domain name registrar Com Laude and consultancy Valideus. He can be contacted at: nick.wood@comlaude.com