The telltale signs of common ownership 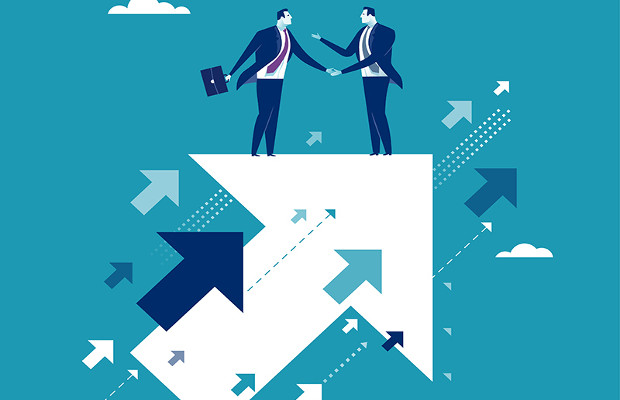 Steven Levy, president of Accent Law Group, looks into the world of cybersquatting and hotel trademarks.

It is not uncommon for a business to find a series of domain names that copy its brands and have some characteristics in common, but that are also listed as being under different ownership.

Are they, in fact, different owners and any similarities merely coincidental? Or are these domains really controlled by the same person, using different ownership aliases in an attempt to frustrate any Uniform Domain-Name Dispute-Resolution Policy (UDRP) or other trademark enforcement efforts?

The first scenario is quite plausible since cybersquatters often use similar naming patterns (eg, [brand][product name].com). Also, the parked or pay-per-click pages of many registrars often look the same, so if a number of domains under separate ownership use the same registrar their parked pages may appear very similar.

As to the second scenario, it is not uncommon for some cybersquatters to try to be clever by hiding their domain portfolios behind a shield of ever-changing owner names.

This does not, however, mean that a UDRP complainant has to simply take it on the chin and pay to file separate complaints against each domain—or worse, walk away from an anti-cybersquatting campaign due to the high costs of enforcement.

Paragraph 3(c) of the UDRP rules says that a “complaint may relate to more than one domain name, provided that the domain names are registered by the same domain name holder”.

Further, the WIPO Overview 2.0, at paragraph 4.16, addresses the question of whether a single consolidated complaint may be brought against multiple respondents.

It discusses the matter at a general level and says that a complainant would need to show that the multiple domain names or the websites to which they resolve are subject to common control, and that consolidation of multiple claims would be fair and equitable to all parties.

To explore this on a practical level, let’s look at a UDRP case involving a series of four domains, all of which copy the well-known Radisson hotel trademark, but the Whois records of which each list different names and other information in the “registrant”, “address”, and “phone number” fields.

At first glance this would appear to suggest that each domain is owned by a different person.

However, the first thread the complainant was able to pull to unravel this fraudulent hotel reservation scheme was the fact that all four domains listed the same or very similar email addresses in their Whois records.

Next, while the websites of each domain targeted a different hotel and Chinese city in the Radisson chain (eg, Chongqing, Tianjin, etc) each website used identical layouts depicting its targeted hotel and displayed the same suspect hotel reservations phone number.

“Providing the right set of evidence and requesting that claims against seemingly different domain owners be consolidated into a single complaint may be effective.”

It was also mentioned that all four domains used an identically-formatted name server.

The final bit of evidence mentioned in the decision was the fact that the true respondent had perpetrated an identical scheme against another hotel chain in the past and was the subject of an earlier adverse UDRP decision in that episode.

In the end, the panel granted the consolidation request holding that the “complainant has sufficiently presented evidence demonstrating that the disputed domain names are controlled by the same holder using multiple aliases”.

Then, after reviewing the three elements of the UDRP, the panel went on to order that all four domains be transferred to the complainant.

Of course, not all consolidation requests are granted and sometimes it’s just not possible to link together differently-named owners of multiple domains.

In exchange for speed and cost efficiency, the UDRP has no process for discovery or witness cross-examination, so only publicly available information or evidence volunteered by a party may be considered.

In another hotel-related decision, this one involving the Best Western brand, three domains were in dispute but the complainant was able to show common ownership of only two of them.

It was asserted that the resolving website of each domain name was so similar that the respondent must be the same person.

The panel disagreed, saying that it reviewed “the screen shots of the disputed domain names submitted by complainant and finds enough distinction … to conclude that there is insufficient evidence” of common ownership.

The decision further noted that the “domain names were registered with different registrars, at different times over a period of nearly 16 years, with no identical Whois information”.

In the end, two of the domains were ordered to be transferred to the complainant but the case was dismissed as to the third domain, on the ground that it was not under common ownership.

While it goes without saying that each situation presents its own unique fact scenario, an experienced UDRP practitioner should be able to sniff out the telltale signs of a cybersquatter’s attempt to avoid enforcement through the use of ownership aliases.

In those situations, providing the right set of evidence and requesting that claims against seemingly different domain owners be consolidated into a single complaint may be effective.

This can save brand owners a significant amount of time and money and make an enforcement programme that much more efficient.