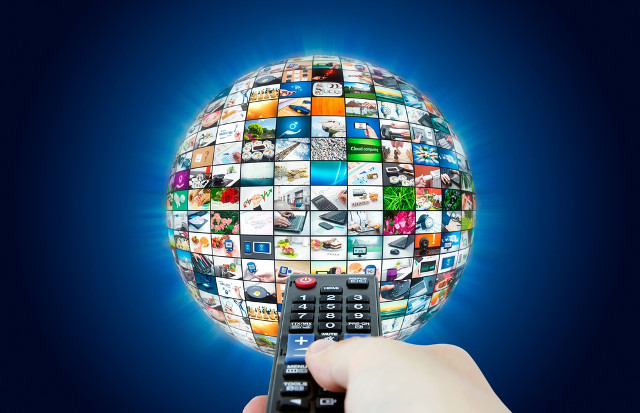 To establish goodwill for a trademark, it is vital to show that the product or service is provided to consumers in the UK and is not simply intended as advertising for a product or service provided elsewhere, as proven by the UK Supreme Court's recent judgment in Starbucks (HK) v Sky. Jeremy Blum and Flora Greenwood of Bristows discuss the case.

In what circumstances can a business based overseas prevent others from using its brand in the UK if it has no trademark registration in the UK?

That was the key point of appeal in the recent judgment of Supreme Court in Starbucks (HK) Limited v British Sky Broadcasting Group PLC.

In a decision that can be described as maintaining the status quo, the Supreme Court confirmed that an overseas business must show that it supplies its products or services to customers in the UK, and that mere reputation is not sufficient to establish goodwill. This does create the potential to restrict an online trader’s ability to protect its brand in the UK.

The ability to commence an action for passing off is critical if you have no registered trademark in the UK. To successfully bring a claim for passing off, a claimant must demonstrate (i) goodwill in the UK (in the sense that customers associate a mark or get-up with the claimant’s products or services); (ii) that the public believe the defendant’s goods or services originate from, or are connected with, the claimant; and (iii) that this causes damage. A key implication of the decision will be how online traders who have a reputation in the UK can capitalise on that to ensure they can prove goodwill.

Starbucks (HK) Ltd (unrelated to the coffee chain) had a very successful paid-for internet TV service in Hong Kong called Now TV. In the UK it had a reputation among the Chinese-speaking UK community and also UK viewers of its free programmes and trailers on YouTube and on its website.

Starbucks’ claim failed and the Supreme Court reaffirmed that to have protectable goodwill in the UK, it is necessary to have customers or clients in the UK of the claimant’s products or services—mere reputation (ie, people that know of your brand) is not enough.

Starbucks’ YouTube programmes had a total of 238, 246 views from the UK between November 2008 and July 2012. However, there was no evidence of subscriptions to the channel from the UK or any other transactions from UK viewers.

The Supreme Court placed emphasis on the fact that (i) the UK viewers of Starbucks’ programmes were not paying; and (ii) the programmes made available to be viewed in the UK were merely to promote Starbucks’ Hong Kong business, which simply amounted to advertising.

The Supreme Court did not say this in terms, but it is likely that payment by customers is not always necessary to generate goodwill, for example where a service is provided for free and generates profit in other ways (such as from advertising to the consumers).

Despite the lack of guidance from the Supreme Court on this point, the likelihood is that if a service or product is actually being used by a UK-based consumer in the manner it was intended (so not just promotional use) then even if there is no payment involved, protectable goodwill is being generated.

If an online service makes money from advertisers which are based in the UK and target their adverts at UK users on its platform, this is likely to help establish goodwill in the UK because the business is profiting from the fact that it has UK users.

It is still possible to establish a claim for passing off for certain services (particularly in the travel industry) that are received and based abroad but which have customers placing orders or reservations from the UK. For example, despite the actual holiday service being provided in Italy, a hotel could establish goodwill in the UK because 30% of its reservations were from UK customers and bookings were taken from the UK.

But, in Starbucks’ case, the UK viewers of its programmes were not ordering Starbucks’ subscription service from the UK—they were only customers if they went back to Hong Kong and purchased the service once there. Therefore, there is an emphasis on some sort of purchase or booking occurring with a customer in the UK, even if the product or service is received overseas.

Starbucks argued that one of the purposes of its online videos being available in the UK was to prime customers for a future UK launch.

However, this failed on the evidence because the substantive pre-launch marketing occurred after the date of assessment for passing off (the date that Sky announced the launch of its Now TV service).

Further, even if a large marketing campaign had been launched, it is not clear whether this would have been sufficient to establish goodwill as the Supreme Court declined to decide on the issue.

This has implications for high profile pre-launch marketing of new products and services by foreign-based online traders.

In such circumstances, it is unclear whether a business would be able to establish that goodwill has arisen prior to the launch of the product or service. At the very least, to have a chance of establishing goodwill it would be necessary to have a publicly known launch date coupled with a substantial advertising campaign but the Supreme Court commented that such an exception or extension to the law would require overruling a previous Court of Appeal decision.

Obviously, any online business that wishes to protect its brand in the UK should register its marks in the UK if it intends to provide those goods and services in the next five years. Establishing infringement of a registered mark (provided it is valid) is often less complex than relying on a claim for passing off which heavily depends on its facts.

However, registered marks cannot always be relied upon—for example, Starbucks’ registration for Now TV was found to be non-distinctive and descriptive and therefore invalid. To improve the chances of establishing goodwill in the UK the best type of evidence is payments or reservations from UK customers (whether directly to your business or through third party agents) and records of these should be retained.

If an online business does not rely on customer payments, then subscriptions or customer accounts may help, along with a UK-targeted version of the website with UK-specific communications (eg, currency, contact details and other UK references) and UK-targeted advertising.

The Supreme Court decision confirms the tort of passing off is confined to establishing goodwill which depends on customers in the UK territory. So for an online service the question is whether it is actually being provided in the UK to customers and is not simply an advertising campaign designed to attract users in the UK to use the service elsewhere.

Jeremy Blum is a partner at Bristows. He can be contacted at: Jeremy.Blum@bristows.com

Flora Greenwood is an associate at Bristows. She can be contacted at: Flora.Greenwood@bristows.com