The UDRP road so far: successes 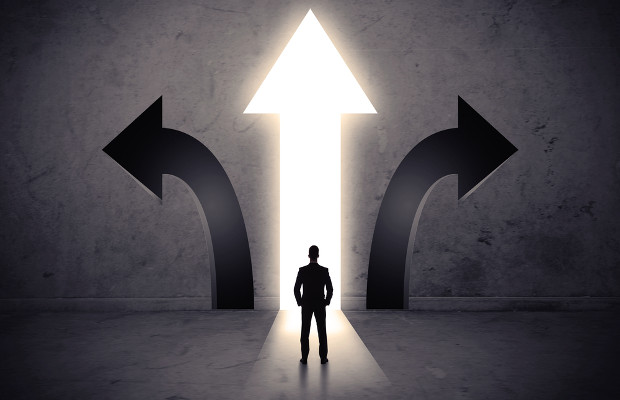 It has been almost 17 years since ICANN first adopted the Uniform Domain-Name Dispute-Resolution Policy and a lot has changed since then, say Flip Petillion, Jan Janssen, Diégo Noesen and Alexander Heirwegh of Crowell & Moring.

At the time the Uniform Domain-Name Dispute-Resolution Policy (UDRP) came into operation, the internet was still a relatively small collection of websites, containing ‘only’ around 6 million unique hostnames.

The exponential explosion of internet traffic has provided a proportional increase in information, knowledge, entertainment, commerce and social interconnectivity and one may wonder what the next decade might bring.

Nowadays there are more than one billion different websites, almost 65 times more than at the turn of the new millennium. This explosion has also changed the game for trademark owners wanting to protect their brands online.

One of the main purposes of the UDRP adoption was to provide a solution to the so-called ‘trademark dilemma’, where a registered trademark was used as a domain name without the trademark holder’s consent.

When confronted with this problem, trademark holders have the means, through the UDRP, to oppose these registrations actively before a panellist, which is easier, quicker and cheaper than bringing such a matter before a court.

The World Intellectual Property Organization (WIPO), which assesses most of these complaints, has decided on more than 35,000 cases since.

In 2012, ICANN began accepting applications for new generic domain extensions. These were meant to supplement the original .com, .org or .net and other gTLDs, and consequently create more diversity and competition in domain registration.

This initiative has proved to be attractive. As of January 2016, a total of around 1,200 new gTLDs have been added, ranging from .academy to .zone.

The wholesale opening of the gTLD marketplace was not received with open arms by all.

Advertising associations and brand owners feared higher costs and increased efforts in protecting their trademarks in all of the new domain extensions. At the same time they doubted the effectiveness of the dispute resolution policy in safeguarding these trademark rights in the new extensions. Overall, they feared an increase in the abuse of their trademarks, especially through cybersquatting, creating consumer confusion and brand dilution.

Whether these fears were justified remains to be seen, as the roll-out of new gTLDs has only just begun.

Brand owners are still assessing what the general impact of the new gTLD programme will be and which strategies they should consequently adopt to protect their trademarks and to establish a presence in the new gTLD landscape.

This ‘wait and see’ attitude resulted in domain name speculators and registrars making the first moves regarding the new domain extensions, while brand owners have only recently begun calling for a next round of new gTLDs, potentially limited to brand TLDs only.

The introduction of brand gTLDs will provide branded corporations with the opportunity to actively control the entire inventory of second-level domains within their domain extensions, increasing brand awareness among consumers and providing stronger security against trademark abuses.

In 2015 trademark holders filed 2,754 cases with the World Intellectual Property Organization (WIPO) under the UDRP, an increase of 4.6% over the previous year.

“The introduction of brand gTLDs will provide branded corporations with the opportunity to actively control the entire inventory of second-level domains within their domain extensions.”

More than 10% of these complaints related to new gTLDs, among which .xyz, .club, and .email were the most common new domain extensions. Complainants in the UDRP were mostly active in the fashion industry (10% of all cases), banking and finance (9%), and internet and IT (9%), according to a press release from WIPO.

This year, between January and September, WIPO has assessed 1,782 domain name complaints, of which 354, or one in five, were new gTLD cases. This remarkable rise in new gTLD registrations in UDRP complaints is set to increase as the programme continues to evolve and brand owners form their strategies accordingly.

Before the opening of the new gTLD market, probably the most efficient procedure to combat cybersquattingand other illegitimate uses of registered trademarks through domain name registrations was the UDRP.

It not only provides a cheaper and faster alternative than going to court, it also provides for more legal certainty and gives parties a better assessment of their chances of success. In the case of cybersquatting, it often proves difficult to identify and locate an alleged infringer, a requirement to initiate court proceedings in most jurisdictions.

With the launch of the new gTLD programme, ICANN installed a second, alternative dispute resolution mechanism, meant to work as a lighter complement to the UDRP, namely the Uniform Rapid Suspension System (URS).

Designed to be tailored to the new domain name system, the URS was meant to be a fast and cost-effective dispute resolution mechanism for settling clear-cut trademark abuses regarding second-level domains in the new gTLD system.

Looking at the statistics, however, the lion’s share of new gTLD domain name cases is still being decided under the preceding UDRP system.

So far WIPO has decided on more than 1,200 new gTLD cases, more than double the number of the decisions made under the new URS regime, which has just reached the 600 mark. Additionally, the URS is already declining in use regarding the new gTLDs, both in year-on-year numbers and compared to the UDRP.

The success and effectiveness of the UDRP over the URS regarding new gTLDs can be explained in two ways.

First, although quick and cost-effective, the URS imposes a heavier burden of proof for brand owners. Where the UDRP only requires a “balance of probabilities”, the URS system requires “clear and convincing evidence”, often making it harder for brand owners to establish a case.

The Czech Arbitration Court, which also administers UDRP complaints, further pointed out the flaws in URS regarding the fee system.

In an attempt to keep costs down, fees were set at such a low rate that URS providers and examiners are unable to be adequately compensated for their administrative and substantive labour. Combine this with time pressure and a relatively complex process and there is an increased risk of inadequate decisions.

As a result of these shortcomings, the UDRP continues to be the procedure of choice for brand owners to contest cybersquatting and other trademark infringements regarding domain name registration, even in the new gTLD system.

While the success of new gTLDs still remains to be seen, it is likely that as the domain registrations within these new extensions increase, so will their part in UDRP cases before WIPO.

Flip Petillion is a partner in Crowell & Moring’s Brussels office.He can be contacted at: fpetillion@crowell.com

Jan Janssen is an associate in Crowell & Moring’s Brussels office. He can be contacted at: jjanssen@crowell.com

Diégo Noesen is an associate in Crowell & Moring’s Brussels office. He can be contacted at: dnoesen@crowell.com

Alexander Heirwegh is a trainee at Crowell & Moring. He can be contacted at: aheirwegh@crowell.com