They’re not faking it: China needs cooperation to combat counterfeiting 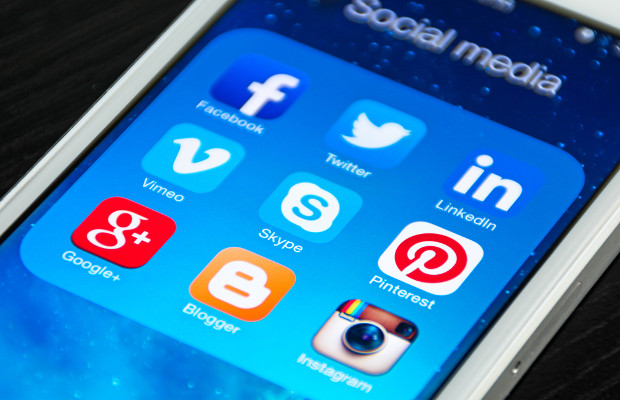 Social media platforms and brand owners would do well to stop pointing fingers and get involved in reducing the production and sale of counterfeit goods in China themselves, says Paul Mandell of Consero.

China has long been viewed as a hotbed of counterfeit goods. From watches to handbags to bicycles, many of the products produced in China for sale in foreign markets are copies of goods developed by established brands. The harm of counterfeiting is vast and multilayered. Counterfeiters clearly erode the revenues and profits of businesses whose goods they copy, but they also yield risk to consumers in the form of potentially unsafe products.

The good news is that of late China seems to have made significant strides to combat counterfeiting.

A 2014 survey of brand protection executives carried out by Consero found that the perception of China seemed to be changing, with the market growing more confident in the Chinese government’s anti-counterfeiting efforts.

This sentiment was validated when Chinese e-commerce company Alibaba—considered by some to be the largest marketplace for fakes—joined the International Anti-Counterfeiting Coalition (IACC) in an effort to crack down on fake products sold through its marketplace.

However, Alibaba’s efforts have not been entirely successful, given its abrupt departure from the IACC after several other coalition members quit the group, and Alibaba founder Jack Ma’s decision not to appear as scheduled at IACC’s 2016 summit in May.

While things are far from settled, and many US businesses remain sceptical about the Chinese government’s and Alibaba’s commitment to protecting foreign brands, actions against counterfeiting do seem to be on the rise in the region.

Andrew Love, head of brand security, global investigations, and legal enforcement for Specialized Bicycle Components, recently told me that it is trying hard to reach out, and has changed its practices as compared to two years ago.

As Love and others recognise, private businesses would do well to stop pointing fingers and get involved in stopping the production and sale of counterfeit goods themselves. A combination of support from private businesses, especially social media platforms used to sell fake goods, and continued government investigation and enforcement, is crucial to making real progress against counterfeiting.

In the wake of Alibaba’s IACC suspension, the company vowed to continue fighting against those who counterfeit. In a statement to China National Radio last month, Alibaba recognised that it “plays an important role in tackling and solving counterfeiting issues across the globe” and stated that it “will discuss and communicate more thoroughly with more brands in order to push forward the course of international anti-counterfeiting”

“Given the large role social media and technology platforms have in counterfeit operations, their participation would significantly improve China’s ability to shut down counterfeiters.”

Alibaba’s indication of its need for help from the private sector is an important step in moving toward a more collaborative and productive anti-counterfeiting effort, and some US businesses have also promoted the need for cooperation.

Brett Millar, director of global brand protection at fitness tracker company FitBit, also told me he had noticed Alibaba’s increased interest in third-party marketplace takedowns of infringing sites, including on affiliates TaoBao and Tmall. But he is quick to point out that “brands must join Alibaba’s take-down programme”.

In essence, if businesses want the Chinese government and its marketplaces to crack down on counterfeiting, the businesses need to be active partners in that process.

One crucial opportunity for private sector participation is through the use of social media to combat counterfeiting. Millar says he has seen an increase in sellers using Western social media to advertise counterfeit and stolen goods.

Moreover, he is finding that “counterfeit distributors are increasingly using instant messaging for communication” and “as another method of screening against investigations”. Given the large role social media and technology platforms have in counterfeit operations, their participation would significantly improve China’s ability to shut down counterfeiters.

As just one example, Love pointed to Chinese messaging app WeChat’s “intellectual property reporting platform as showing real promise”. And WeChat’s 2016 report indicates that it has made progress.

In addition to looking for private sector participation, the Chinese government is continuing its own efforts to fight fakes.

In early 2015, China’s State Administration for Industry and Commerce (SAIC), released a statement that was highly critical of Alibaba’s counterfeiting efforts. While it later withdrew the report, it continued to work with Alibaba and in March of that year, the SAIC pledged to intensify the crackdown of online sales of fake products in China.

In June 2015, the SAIC launched a new campaign aimed at curtailing the trading of counterfeit goods online. Alibaba also publicised its record in working with police on cracking down on online stores that make, supply, and sell counterfeits.

China appears to be committed to helping fight counterfeiting, which is in its own best interests, after all.

Cracking down on the production and sale of fake products will result in more favourable trade policies within other markets, foster greater innovation by protecting the work product of innovators, and generally drive economic growth.

While China certainly has made progress, combating counterfeiting is a complex problem, and the country’s approach will continue to require the private sector and other nations to provide support and collaboration to gain some real ground.

Paul Mandell is chief executive of Consero. He can be contacted at: pmandell@consero.com