Throwing your weight around 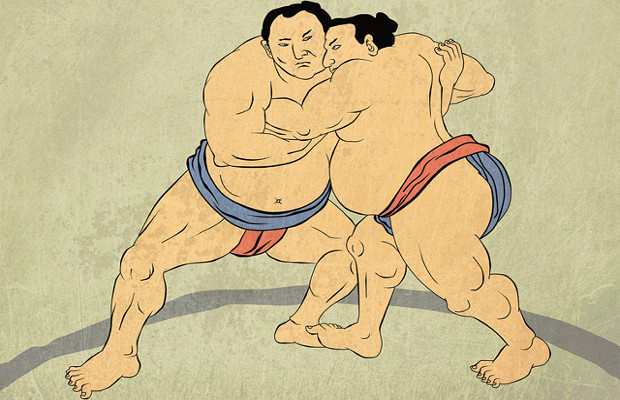 ‘Trademark bullying’ is a highly evocative and divisive term. TBO examines the concept and discusses what rights owners should do to avoid being branded bullies.

It is probably the most polite cease-and-desist letter you will ever read.

“We are certainly flattered by your affection for the brand, but while we can appreciate the pop culture appeal of Jack Daniel’s, we also have to be diligent to ensure that the Jack Daniel’s trademarks are used correctly.”

Jack Daniel’s, famed for its Tennessee sour mash whiskey, had taken aim at the book Broken Piano For President. Despite not incorporating the Jack Daniel’s name, the cover of the novel appeared to mimic the look and feel of the whiskey maker’s brand.

Far from being aggressive, Jack Daniel’s simply asked the author, Patrick Wensink, to change the cover design when the book was reprinted. The whiskey company even offered to contribute a “reasonable amount” towards the costs of doing so. Wensink agreed to change the cover, but did not accept any payment.

Jack Daniel’s, it seems, is the opposite of a ‘trademark bully’.

Trademark bullying can be highly controversial, and at least one website—trademarkbullying.org, set up by US businessman Lorenzo Borghese—provides information about and a forum for discussing alleged bullying antics.

But what is trademark bullying?

The US Patent and Trademark Office (USPTO) defines a bully as a business that uses its trademark rights to “harass and intimidate” another business beyond what the law might be “reasonably interpreted to allow”.

“I often send cease-and-desist letters broadly asking people to change their behaviour in using a trademark. Sometimes I send identical letters to 20, 30 or 50-plus recipients, and some people say ‘thanks for being reasonable’ and that they didn’t think there was an issue and that they will stop.

“Others will report me to the Solicitors Regulation Authority for terrible behaviour in my dealings with small businesses.

“The concept of what is and isn’t bullying depends very much on the reaction of the recipient,” Bolter continues. “I could put almost anything on my firm’s letter head and people may perceive it as bullying, as it’s a lawyer’s letter.”

Susan Kayser, partner at law firm Jones Day, goes further. She says rights owners feel there is merely a perceived, not a real, problem of bullying.

“Under US law, trademark owners are obliged to enforce their rights or they lose them. They must bear the burden of policing any third-party use, and if they believe any use is close to theirs, they are obliged to take action or risk losing their trademark rights,” she says.

“We start with that,” Kayser explains.

“The vast majority of trademark owners are doing what they’re required to do under the law. There are a few bullies, but they are in the minority. I don’t think it really happens that much.”

Trademarkbullying.org doesn’t see it like that. According to the site, bullying has become an “an all too common occurrence” in the US, though it lists just six cases, one involving coffee maker Starbucks, and another chocolate producer Lindt.

Due to its subjective nature, pinpointing blatant bullying is very difficult. To shed some light on the apparent problem, the USPTO provided a report to Congress in 2011. The agency found, after a “careful” review, that it is unclear whether small businesses are “disproportionately” harmed by enforcement tactics that are based on an “unreasonable interpretation of the scope of an owner’s rights”.

The USPTO’s findings were based partly on 79 public comments which, the agency said, reflected a diverse range of views on the subject. But few comments “explicitly” addressed whether, and to what extent, the unreasonable enforcement of trademark rights is a significant problem.

One of the report’s critics, techdirt.com, described it as “useless” and “biased”. The site pointed to a blog by Eric Goldman, a professor of law at Santa Clara University School of Law. He wrote that the report took some “ill-fated turns”, including saying that it received a lot of comments but that few of them explicitly addressed the problem.

“It later denigrates those comments as ‘anecdotal’,” says Goldman. “In other words: Problem? We don’t see any problems here! ... Yet, the report doesn’t indicate that the Department of Commerce tried to scientifically research the problem, like conducting a survey to overcome the ‘anecdotal’ defect. Instead, the report describes its efforts opaquely.”

Singling out bullying online is much easier. ICANN’s Uniform Domain Name Dispute Resolution Policy (UDRP), which governs cybersquatting disputes, provides for an offence of reverse domain name hijacking. This is when trademark owners bring a complaint in bad faith, for example to harass the domain name registrant holder.

According to domainarts.com, there was a record number of hijacking cases in 2013—24—compared with 14 in the previous year. The World Intellectual Property Organization, the leading UDRP provider, handled more than 2,500 cases in 2013, so when you consider 24 against that backdrop, you realise that domain name hijacking is far from frequent.

Although defining trademark bullying and its severity is tough overall, trademark owners can still be scared of being labelled a ‘bully’.

Kayser adds: “Consumer perception about a brand gives it its value, and you don’t want people thinking ‘this is not a nice brand’. Trademark owners are acutely aware of maintaining their excellent brand value and a positive consumer feeling.”

“Social media, blogs and the Internet make it possible to highlight what might be a very minor incident or something that might have low frequency of happening, but you can immediately get worldwide attention on that.”

One example of the Internet’s ability to whip up a protest can be seen on cycling blog industryoutsider.com. Last year bike company Specialized Bicycle Components sent a cease-and-desist letter to a small Canadian bike shop, Cafe Roubaix, alleging infringement of its ‘Roubaix’ trademark.

After the news broke, industryoutsider.com’s founder ‘Brian’ claimed Specialized was “already feeling the backlash” on cycling forums, news outlets and even its own Facebook page for asserting its rights. “On the forums I run,” Brian adds, “there is even talk of cyclists putting up the money for a legal defence”.

Putting the merits of this or any trademark dispute aside, the reaction is telling: people group together to oppose what they believe is bullying. The Internet is the fuel that drives this machine, and within hours what may have been a straightforward demand can go viral and cause a public backlash.

“Trademark owners need to be on the ground—have apps, Facebook pages or something like that where you can directly communicate your message to the public in a way that the public wants that information.”

In 2013, Canonical, the maker of the Ubuntu operating system, used its Google+ page to apologise for being a “bit silly” for asserting its rights against fixubuntu.com, a website that shows Ubuntu users how to disable a default feature in Ubuntu. On the Google+ page, Canonical founder Mark Shuttleworth said the company’s trademark guidelines specifically allow satire and critique (‘sucks’) sites, and that “we should at most” have asked the site’s owner to state that the use of the logo was subject to those guidelines.

Aside from publicity concerns, there may be legal risks attached to bullying. In the UK, companies that feel they are being bullied can file a claim for unjustified threats. Guthrie explains that someone could claim that a cease-and-desist letter is unjustified and, in theory at least, could obtain damages, though in practice, “it’s relatively rare.”

Bolter adds: “I have been threatened with them a couple of times but have never been on the receiving end of one. It’s a piece of legislation that is abused: some use it for a strategic reason, and that is so you can go after the solicitors who sent the cease-and-desist letter, rather than the brand owner, which, in my view, is totally unprofessional.”

Instead of taking legal action against alleged bullies, small companies might feel that a discussion with the trademark owner is the best option to resolve a dispute.

“It’s very important to take legal advice early on,” Guthrie says. “Sometimes my clients have strong claims against small companies and they put their heads in the sand. The advice I give is to get legal advice and try to engage in a discussion. Brand owners usually want to resolve disputes quickly and cheaply. An initial letter can be fairly assertive but, if you engage, trademark owners will normally be reasonably receptive to negotiating and resolving the situation.”

Cards on the table

Education is perhaps the best way of getting to the root of the problem—perceived or real—of trademark bullying. First, as the USPTO study pointed out, this means educating small companies.

Says Kayser: “We need to be realistic: the smaller companies feel like they are being bullied ... and they have fewer resources, so they might put their resources into something and not realise that it is infringing another party’s rights who are now naturally bigger.

“I think the USPTO said ‘let’s focus resources on educating small businesses and provide information so they can understand ... and help them to become a big player in the right way’.”

“There is a big concern that trademark owners are these big bad companies,” says Kayser. “The perfect example is the backlash against the Stop Online Piracy Act (SOPA)."

SOPA aimed to reduce online IP infringement, incorporating measures such as seeking US injunctions against foreign websites that profit from piracy and counterfeiting. But the bill met a severe online backlash, even prompting a 24-hour ‘blackout’ from Wikipedia in January 2012, and was later shelved.

Kayser continues: “Something I am concerned about is that we might need not just education for small and medium-sized businesses but we need to do a lot of education with the public to address a negative perception out there.”

Education and discussion could go a long way to diluting what is a strong and evocative term. Even with official definitions, the perception of bullying can vary widely. For that reason, and because protests against legitimate trademark complaints can go viral, trademark owners need to engage with everyone from Internet users to small businesses to avoid a public relations nightmare.

As the Jack Daniel’s example shows, brand owners don’t need to be too forthright when they target alleged infringers. As Jack Daniel’s also shows, asserting your trademark rights can be welcomed, respected and lauded.