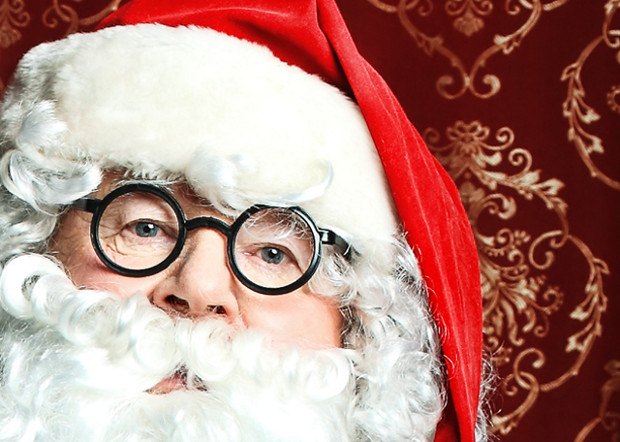 The launch of a big name’s Christmas campaign has become an event in itself in recent years. TB&I looks at what they offer for brands, the secrets of their success and the pitfalls.

What brings Justin Bieber, Martha Stewart and Donald Trump together? US department store Macy’s’ 2012 festive TV commercial, which featured the personalities in a store alongside a rendering of Miracle on 34th Street character Kris Kringle as he appeared in the 1947 film.

In recent years, big brands around the world have been taking advantage of their Christmas advertisement launches as a marketing push to mark the start of the festive season.

In the UK, retailer Marks & Spencer has made something of a tradition of assembling all-star casts for its festive advertisements, with its Believe in Magic and Sparkle clip from 2013 featuring appearances from models Rosie Huntington-Whiteley and David Gandy, and actor Helena Bonham-Carter.

Dan Smith, director and head of Wragge & Co LLP’s advertising and marketing law team in London, says there has been a change in the style of marketing Christmas campaigns in the UK. “Christmas advertising has become more of an event, which has been compared to the advertising around the Super Bowl in the US,” he says.

Iain Stansfield, partner and head of the commercial group at Olswang LLP in London, says that Christmas advertisements are now seen more as a “marquee-type event”, and as viewers become more interested in what they have to offer, “they’re an opportunity for a brand to make a statement about what their brand values are”.

However, the collision of tradition and commercialism can be problematic. Furthermore, assembling so many different elements in a single production can present licensing difficulties.

The Bear and the Hare

At the time of writing, UK department store John Lewis’s The Bear and the Hare campaign has had 10 million views on YouTube. The two-minute clip is the animated story of a hare bringing its friend, the bear, an alarm clock for Christmas so it may experience the day for the very first time.

Set to a soundtrack of Keane’s song Somewhere Only We Know sung by Lily Allen, the clip combines 2D and stop-motion animation. The total reported cost of the campaign is £7 million ($11.5 million).

Elliot Dear, co-director of the clip, said that the idea behind the advertisement was to “find an aesthetic that had a nostalgic feel to it that was familiar but … also felt quite fresh”.

After debuting on social media outlets on November 8, 2013, the ad was launched in a high profile spot on prime time Saturday television where it occupied an entire commercial break.

“This year the launch of the John Lewis ad attracted a huge amount of media attention and social media comment and became an event in its own right,” Smith says.

The Christmas campaign is about promoting a company’s brand values, and John Lewis wants to be seen as an integral part of Christmas, he adds.

In the week following the advert’s launch, John Lewis announced sales of £101.4 million, up 10.7 percent from last year’s figure.

John Lewis launched a range of merchandise off the back of the campaign, including toys and clothing, and offers a book based on the story of the advertisement in store.

In addition, the campaign’s music was released as a single, which reached number 1 in the UK Singles Chart.

Stansfield  says that if a festive advertisement features a cover version of a song, there will be another layer of agreements to finalise while considering the talent’s existing endorsement arrangements.

“You end up negotiating with five or six separate entities: the main ones will be the artist, record labels, songwriter and session musicians,” he says.

“If you’re contracting with an artist who has his or her own recording contract, there will be some exclusivity you’ll have to get an exemption from.”

He adds that there could be debate as to whether the artist should have permission to release the track him or herself, though this will all depend on the type of contract in place.

However, negotiation with artists isn’t just about copyright and their performance. Stansfield continues: “There are also the rights around their appearance, though most contracts like this are fee-based—typically there aren’t royalty arrangements.”

“WHILE MARKS & SPENCER’S CAMPAIGN SPARKLES, IT TAKES CARE NOT TO FEATURE PRICE TAGS AND INCORPORATES ITS PRODUCTS INTO THE STORY IT TELLS.”

Some of the big-name Christmas campaigns are becoming increasingly lavish affairs, with Marks & Spencer and Macy’s employing ensemble casts of celebrities in their offerings. Stansfield says that celebrity endorsement arrangements with other brands and the complexities they bring around exclusivity can be difficult to navigate.

Brands want to be sure a celebrity recommending their products does not have existing high-profile endorsement agreements in the Christmas period.

“People are getting quite savvy about endorsement arrangements,” he said.

If your celebrity is endorsing another brand at the same crucial time as yours, “it looks like you’ve slipped up,” he says.

The way brands promote their campaigns is evolving, with social media becoming an increasingly important element in marketing strategies. John Lewis debuted its The Bear and the Hare campaign online before rolling it out on the small screen, a strategy Marks & Spencer also used for this year’s campaign by posting a teaser clip on Facebook.

Marks & Spencer has also engaged with its online audience by asking social media users to vote on what to name the dog that features in the clip.

Social media platforms are also a good medium for monitoring how your campaign is being received. Media agency We Are Social named The Bear and the Hare the most talked-about campaign of the year after analysing what people were tweeting about.

However, Smith says, TV continues to be hugely important, and even more so in the context of a Christmas marketing campaign.

“I think people still have an idea that Christmas is a time where families are together around the TV watching films and programmes, and therefore adverts,” he says.

Smith says that for many businesses the true test of success of a Christmas campaign is the sales it generates, and the brands producing big event advertising will look to media attention and the social media reaction: “It’s about driving brand awareness,” he says.

“While we will definitely see social media Christmas campaigns, it’s still the big TV ads, like those made by John Lewis, that are attracting the most attention.”

He describes creating the concept for a Christmas ad as a delicate balancing act. “It is a dangerous game: on the one hand brands are trying to find something that has mass appeal, and ties in with the tradition of Christmas, but on the other hand, they need something which is eye-catching enough to stand out and is innovative in some way,” he says.

Retailers want to communicate their brand values by the choices they make in the style of the Christmas campaigns they create, though it’s important that the message doesn’t get lost where the fundamental goal of the ad is to encourage shoppers through their doors.

It can be a difficult balance to strike—one family’s traditions could offend another’s idea of Christmas.

In 2012, UK supermarket chain Asda’s Christmas ad offering depicted a mother frantically making all the preparations for Christmas Day, from selecting a tree to presenting the turkey, running it with the strapline: “behind every great Christmas there’s mum and behind mum there’s Asda”.

Advertising watchdog the Advertising Standards Authority (ASA) received more than 600 complaints about the clip. Many complaints accused it of reinforcing gender stereotypes, being sexist toward both men and women, and for suggesting fathers have no role in Christmas.

UK retailer Littlewoods’ 2011 campaign featured children singing in a nativity-style set about all the presents they received from their mothers, thanks to the online retailer’s service that allows customers to spread the cost of their Christmas shopping over a number of weeks.

Users of Internet forum Mumsnet said the ad “took away the magic of Christmas” by fuelling consumerism and causing children to question the existence of Father Christmas.

The ASA responded: “We acknowledge that the ad may make children likely to ask questions but this does not represent a breach of our code.”

Smith says that “advertising should not mislead,” and should be “legal, decent, honest and truthful in compliance with self-regulatory advertising standards codes.”

While economic times are still tough, the consumerism that is part and parcel of many people’s idea of Christmas will inevitably jar with some viewers.

In makes sense that nostalgia-laden advertisements should coincide with the difficult economy, in a trend the New York Times dubbed “comfort marketing”.

“When you look at the John Lewis ad, it’s a very long way from a montage of products with prices attached. It’s more about building and maintaining the John Lewis brand,” Smith says.

Stansfield observes that this style of adverts tends not to be ‘product-based’—while Marks & Spencer’s campaign sparkles, it takes care not to feature price tags and incorporates its products into the story it tells, a reimagining of Alice in Wonderland.

The most successful campaigns appear to be telling a story—opting for a ‘traditional’ theme can be awkward as family traditions can vary as much as recipes for Christmas pudding. Storytelling is a universal theme that ties in seamlessly with Christmas, whether it’s one that’s been told for years or had its first airing during The X Factor.

Marketing, advertising, Christmas, television, The Bear and the Hare