’Tis the season to be careful 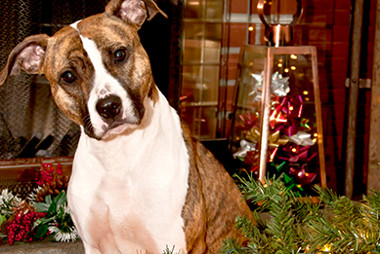 As the big brands wheel out their annual yuletide advertising campaigns, TBO investigates the potential IP pitfalls they may encounter.

While the world’s biggest brands battle it out to attract customers during the festive season, it’s unlikely that much attention will be spared for Dr Seuss’s observation in his yuletide novel How The Grinch Stole Christmas.

In fact, as far as many brands are concerned, the notion of Christmas has moved away from its spiritual meaning and instead represents what they can offer consumers.

UK department store John Lewis’s latest Christmas advertising campaign—which follows a young boy finding a companion for his toy penguin—tells us to “give someone the Christmas they’ve been dreaming of”. Its neighbour Sainsbury’s, after recreating the historic Christmas Day football match truce in World War I, says “Christmas is for sharing”.

In the current climate, where the majority of advertisements are first seen online, such campaigns can achieve nationwide or even worldwide recognition almost instantaneously.

Last year, TBO focused on the branding aspects of these campaigns and how they could best appeal to consumers at Christmas. This year, we are delving into the IP pitfalls of running them, as the race to produce the best Christmas advert could see a brand turn on another if thinks its trademark has been infringed.

Marc Rachman, partner at law firm Davis & Gilbert in New York, notes that the probability of an advertising-related IP dispute arising would more than likely increase at this time of year.

“Large campaigns that are launching a new slogan or brand tend to begin during the holiday period because it’s a profitable period for sales and a time when consumers are more likely to see the campaign,” Rachman tells TBO.

“With that comes new products and in turn new brand and product names, tag lines and the potential for new trademarks that could possibly lead to infringement claims,” he adds.

Chris McLeod, partner at law firm Squire Patton Boggs in London, agrees and says brands will often hire lawyers to check retailers’ Christmas catalogues (both online and hard copy) for items and slogans that could potentially cause disputes.

“These catalogues often combine a brand’s own products as well as third party products. There will be sections and features which are created specifically for the catalogue but that could still potentially fall foul of third party rights,” McLeod says.

Rachman adds: “The strength of an infringement claim can hinge on how the tagline is being used, as not every tagline is used as a trademark—ie, in a way to identify the source of goods and services—but just as a mere line of copy.”

How could some of these potential trademark disputes arise?

Andrew Butcher, an associate at law firm Bristows in London, says guidance from the Advertising Standards Authority (ASA) could also be a factor in disputes arising. Explaining the “various laws and directives” covering comparative advertising, Butcher says there are potential consequences if a brand does not comply with them.

“Trading Standards or the Competition and Markets Authority could seek an injunction to prohibit the use of an advert. It’s more likely that the competitor would be able to bring a successful infringement claim if the use of its trademark is not in accordance with honest commercial practices,” he tells TBO.

“You can easily imagine a situation where a supermarket might say ‘you can get your Christmas lunch cheaper at Asda than at Tesco or Sainsbury’s’,” he adds.

McLeod notes there is an “almost constant battle” between brands telling you they are cheaper than the opposition. But, he warns, there is the risk of getting into trouble if a company is discovered to not be making a like-for-like comparison.

When considering the lawfulness of an advert, Butcher explains, another interesting area is the difference between claims that are capable of objective substantiation and claims that are deemed “puffery”.

“If a store were to say it is the ‘number one for stocking fillers’, that would be a borderline case. The ASA tends to regard such claims as being capable of objective substantiation. But, should it decide that consumers may take the claim literally then the advertiser would have to provide evidence to back it up.

“The dispute could then stray into trademark issues if the advert were to reference a competitor’s brands,” Butcher adds.

Rachman says that were US advertisers to reference a competitor’s product, they could fall foul of the Lanham Act, the country’s primary federal trademark legislation.

"Jingle Bells and We Wish you a Merry Christmas, are in the public domain but other renowned songs, including Rudolph the Red-Nosed Reindeer and Frosty the Snowman, are copyright-protected."

This, he says, may result from a comparison that is not well substantiated, but there is also the potential for a dilution claim if a brand were to unduly disparage a competitor’s mark.

McLeod says an example of this could stretch to a look-a-like product, where a company designs its own product or brand so that it looks similar to the market leader.

“You will probably see an increase in entrepreneurial activities around Christmas because it’s the time when people are spending more money,” McLeod explains.

“Shoppers will be looking for gifts that are not as expensive as the market leader—but this is an issue that the leading manufacturers will be keeping a close eye on.”

Away from trademark disputes, Rachman says there is also the lingering danger of a copyright claim.

“A lot of the associated rights to characters and music relating to Christmas and the holiday season are in the public domain, but you still have to be careful,” he says.

“There are certain songs and characters that you would think might be in the public domain, but actually are not.”

Rachman says festive songs that could commonly feature in adverts, such as Jingle Bells and We Wish you a Merry Christmas, are in the public domain but other renowned songs, including Rudolph the Red-Nosed Reindeer and Frosty the Snowman, are copyright-protected.

He adds: “Another aspect to consider is the use of costumes and costumed characters. The character itself could have trademark or copyright protection. This is something often seen during Hallowe’en in the US when there a lot of adverts that show protected characters.

“Sometimes things you would never think other people had rights to turn out to be protected,” he warns.

“It is important to do your best to clear the obvious rights such as slogans, names, music and images; they can be checked pretty easily and without significant cost.”

Although a successful online campaign has benefits, it can also have its drawbacks, as Rachman explains.

“In an online format there is an added challenge. When a digital advert is downloadable and goes viral, you may lose some control over the ability to stop it.”

Butcher says that brands, particularly those spending a significant portion of a marketing budget on a Christmas campaign, will be more likely to try to ensure they tick all the legal boxes.

Rachman agrees and encourages creative groups and advertisers to “work hand in hand” with their legal departments to ensure that the work does not infringe any third party rights.

It’s clear that brands and stores should ensure their campaigns are IP watertight before launching them to the public. Given the increasing exposure of adverts at Christmas, compliance is, arguably, rarely more important than at this time.

Year upon year, as the Christmas season approaches brands are intensifying their campaigns. The danger for them, though, is when their eagerness to produce the most memorable campaign or attractive offer sees them falling at what should be one of the very first hurdles.