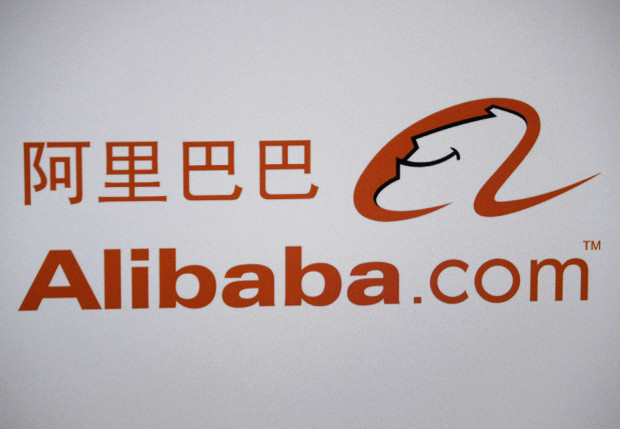 China’s Alibaba Group has successfully cancelled the Russian trademark registration for ‘Alibaba/Алибаба’, on the grounds that it has an interest in the mark. Igor Motsnyi reports.

China’s Alibaba Group has successfully cancelled the Russian trademark registration for ‘Alibaba/Алибаба’, owned by US-based company Holmrook, which had claimed that the cancellation action was an abuse of rights and was primarily aimed at taking over its domain name alibaba.ru

Under Russian law, a trademark registration can be cancelled in respect of all or some goods and services if it has not been used for a continuous period of three years after its registration. This provision is in line with similar rules established in article 5 of the Paris Convention for the Protection of Industrial Property and article 19 of the World Trade Organization-administered TRIPS Agreement.

The notion that a trademark should be used is a standard requirement of trademark law in all jurisdictions. What is somewhat peculiar in Russia is that only a party with an interest can file a request for cancellation. Such requests are filed at the specialised Intellectual Property Court of Russia rather than Russia’s IP office, known as Rospatent.

The “party with an interest” requirement was introduced by part IV of the Civil Code of the Russian Federation and has been effective since January 1, 2008 (previously any person could file a request for cancellation). The non-use cancellation cases moved to the IP court from Rospatent in December 2011 (previously such cases were dealt with by the appeal board at Rospatent).

Alibaba Group filed a request for cancellation of the registration of the word mark ‘Alibaba/ Алибаба’—a combination of Russian Cyrillic and Latin letters. The trademark had been registered in Russia in respect of some goods in classes 9 (e.g magnetic identity cards) and 16 (e.g printed materials, envelopes) and some services in classes 35 (e.g marketing studies) and 36 (e.g banking provided via the internet).

The Chinese company filed a request for cancellation, claiming that it has an interest in cancelling the disputed trademark.

Since the ‘interest’ requirement has been introduced into Russian law it has been the subject of hot debates and controversy, as the law does not define who can be considered an “interested party”.

In some cases, the claims for cancellation have been rejected even when the trademark owner could not prove any use of its trademark, simply because the claimant failed to establish an interest.

In the present case, Holmrook contested the interest of Alibaba Group, arguing that the company already owns a number of similar trademarks in Russia and therefore Holmrook’s trademark did not affect the business of Alibaba Group. Holmrook also claimed that the cancellation action was an abuse of rights and was primarily aimed at taking over its domain name alibaba.ru.

Russia’s IP court sided with the Chinese company and agreed that the disputed trademark registration should be cancelled.

In particular, the IP court cited clarifications from the Supreme Arbitration (Commercial) Court of Russia regarding what constitutes a party with an interest—namely that a party with an interest can be a manufacturer of the same or similar goods protected by the registered trademark, and that has a real intention to use the mark in its business activity and has taken necessary preparations for such use, ie, filed a trademark application.

The IP court also took into account the numerous publications about Alibaba Group on the internet and its reputation.

The court also decided that the mark was not properly used. Under article 1486 of the Civil Code a proper use of a trademark for the purpose of non-use cancellation proceedings is its use by the owner, licensee or any other person under control of the owner in accordance with paragraph 2 of article 1484 of the code.

Article 1484 of the code defines trademark use. The definition of use is illustrative rather than exhaustive. Examples of use include on labels, packaging of the goods, in documents relating to sale of goods, in the course of the provision of services, in advertising, and use on the internet, including use in the domain name.

The court rejected the evidence of use provided by the defendant such as agreements and documents confirming production of magnetic identity cards, since no proof of performance of the agreements (such as invoices) or real commercial use of the goods or provision of services was provided.

"A party with an interest can be a manufacturer of the same or similar goods protected by the registered trademark, and that has a real intention to use the mark.”

It is worth noting that the court also disagreed that the use of the ‘Alibaba/Алибаба’ mark on the internet is a proper use required by Russian law.

The IP court stated that a mere registration of a domain name does not amount to a trademark use per se and it is necessary to demonstrate that the trademark on the internet was actually used in respect of the goods and services.

The court also considered that other instances of use on the internet did not suffice to establish proper trademark use as required by the law.

In particular, the IP court noted that providing information about an opportunity to use a magnetic ‘Alibaba’ card on the internet (advertising) is not a trademark use. Printouts from the internet that contained the ‘Alibaba’ mark were rejected by the court since it was impossible to establish when the information was actually published (ie, before or after the case was initiated).

Therefore, the IP court supported the cancellation request and decided to cancel the trademark registration.

The result was appealed

Holmrook appealed against the decision and the case went to the Cassation Instance, the Presidium (Higher Instance) of the IP court.

The Presidium agreed with the decision of the IP court and rejected the appeal. The Presidium fully confirmed the findings of the court and noted that the reputation of Alibaba Group and numerous printed and online publications about the claimant proved an interest.

The defendant again appealed, this time to the Supreme Court of Russia; the appeal was rejected in January this year.

It seems that the e-commerce leader from China is determined to strengthen its position in Russia by both registering various trademarks and fighting competitors and those who may threaten its business in Russia.

The following observations may be drawn from this case:

∙       Non-use cancellation proceedings in Russia can be quite complex. The claimant has to prove its interest in trademark cancellation and to do so it should demonstrate either real or planned business activity in a similar business area. It was not a problem for Alibaba Group due to its fame and reputation; it may be a problem for small to medium-sized companies.

∙       The best way to prove proper trademark use in cancellation proceedings is to show manufacture and sale of goods or provision of services backed up with some documents that confirm that the services were actually provided (eg, invoices for the services).

∙       Internet use of a trademark is a tricky issue. While in Russia use of a trademark or a similar sign in a domain name (without relation to any goods or services) is normally considered trademark infringement, the same use is not considered a proper trademark use for the purpose of trademark cancellation proceedings. To prove a proper use on the internet, the trademark owner should be able to provide some supporting documents (eg, invoices for the services provided or goods sold).

∙       It is, however, unclear whether advertising, which is expressly mentioned as one of the instances of the trademark use, on the internet can be sufficient to establish a trademark use or if it always has to be supported by some other evidence.

The outcome of the case seems logical, although it is a pity that both the IP court and the Presidium did not elaborate more on the trademark use on the internet and explain when (and if) a purely online use can protect trademark registration from cancellation. One can hope that future case law will provide clear guidelines in this area.

Igor Motsnyi is a partner at Motsnyi Legal Services in Moscow. He can be contacted at: motsnyi@motsnyi.com