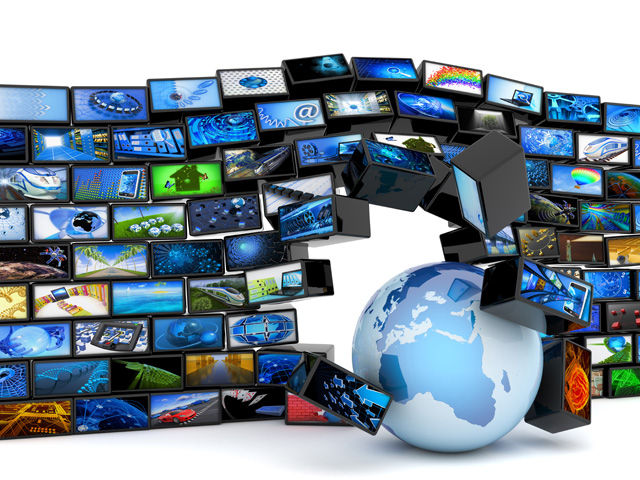 As the way we watch television changes, legislation that was designed for a pre-Internet world can struggle to keep up. TB&I investigates.

The way we watch television is changing. Where once we gathered around a box at home in time to catch our favourite programmes, the Internet is now opening up a wealth of options. Taking advantage of TV on demand means we can go online and watch what we missed on channel services such BBC iPlayer and 4oD, and the UK-based TVCatchup lets you watch (almost) live television on your computer or phone.

In the US, streaming service Aereo allows subscribers to record satellite broadcasts from their phones or tablets, watch live shows on the move and enjoy their favourite programmes on their laptop when they get home.

It’s a model that’s really catching on—from its base in New York, Aereo is rapidly expanding eastward across the US, most recently announcing it will be setting up in Miami, Houston and Dallas.

However, traditional broadcasters and rights owners are concerned. As new platforms allow us easier access to a variety of TV shows and films, how can copyright be protected?

On April 1 this year Aereo celebrated a victory. In the conclusion of a case brought by a group of major US broadcasters including Fox and Disney, the US Court of Appeals for the Second Circuit decided its service does not infringe copyright.

The channels sued Aereo at the US District Court for the Southern District of New York in March 2012, shortly aft er the site’s launch, claiming it infringed their exclusive rights to publicly perform their works.

In the April ruling, the Second Circuit upheld the district court’s decision to refuse a preliminary injunction, adding that the broadcasters were unlikely to win the case in light of the Cablevision case, in which the same court decided the cable television company’s remotely stored recordings of live broadcasts do not constitute public performance and are therefore non-infringing.

The Aereo decision sparked an outcry among American rights holders, with News Corporation head Chase Carey stating he would consider taking Fox off the air and making it a cable-only pay channel.

“We won’t just sit idle and allow our content to be actively stolen,” he said in a statement following the case.

“We believe that Aereo is pirating our broadcast signal. We will continue to aggressively pursue our rights in the courts, as well as pursue all relevant political avenues, and we believe we will prevail.”

Aereo won its case in a 2-1 decision. Dissenting Judge Chin wrote in the judgment that Aereo’s technology platform is a “sham”, a “Rube Goldberg-like contrivance” engineered to take advantage of a “loophole” in copyright law.

Chin refers to the thousands of aerials Aereo uses to pick up television signals, each the size of a small coin and individually assigned to a user, so no other subscriber may access another’s recordings.

On the west coast, many of the same parties were fi ghting a similar case against Aereokiller, a service that lets subscribers watch TV shows and films ondemand using a technology platform very similar to Aereo’s.

In this case, the District Court for the Central District of California sided with the plaintiffs, finding Aereokiller does not have the right to make public transmissions of copyrighted works. Aereokiller’s streams were deemed public performance in this case, which is currently under appeal at the US Court of Appeals for the Ninth Circuit.

An industry on its head

It’s an area with many diff erent opinions, as old laws governing new technologies are interpreted in diff erent ways.

“It's turning a whole industry on its head right now,” says Joseph Nabor, partner at Fitch, Even, Tabin & Flannery in Chicago.

“The entire entertainment industry has been evolving and changing, and has been doing so since the 1950s,” he adds.

“Since we moved from radio to television the industry has changed and just like all of the other technology changes, they’re coming faster and faster, and the problem is whether or not the existing agreements with content providers and transmitters are going to be able to keep up with the new delivery platforms being created.”

Adam Rendle, associate at Taylor Wessing LLP in London, says that the divergence of opinion stems from diff erent interpretations of the statute, and suggests that EU courts will more likely rule that a new technology does infringe.

He said copyright legislation has “difficult and relatively vague” concepts which are open to interpretation and must be applied carefully to new forms of technology.

Earlier this year the future of UK-based service TVCatchup, which has nearly 12 million registered users, was threatened by a Court of Justice of the EU (CJEU) decision in a case the outcome of which hinged on what constitutes a “communication to the public”.

The case, brought by UK TV channels including ITV, Channel 4 and Channel 5, was referred to the CJEU by the England & Wales High Court in 2011.

A copyright exception on private copying is due to be introduced to the UK, although how it will relate to the inevitable rise of cloud computing remains to be seen.

The channels alleged the service, which provides live streams of free-to-air television over the Internet, infringes their copyrights. TVCatchup countered, stating that viewers could watch only broadcasts they are legally entitled to by virtue of their TV licences.

The CJEU found TVCatchup’s retransmission through a technical means that differs from the original broadcast means that it must be considered a “communication”, and is therefore in breach of European copyright law.

It ordered that all Internet streaming companies must obtain permission from the broadcaster before retransmitting copyrighted works to the public.

This is all well and good, but is rewriting the rules after every significant case a practical solution for a rapidly evolving medium?

Rebecca Swindells, partner at Field Fisher Waterhouse LLP in London, says that copyright legislation is “clearly out of date”, adding: “The legislators simply cannot keep pace with technological developments and I suspect they never will.

“That is why copyright law is being developed through the courts rather than via the statute books, by IP judges faced with the unenviable task of interpreting out-of-date statute in light of very new technological advances and unforeseen situations.”

She says that while this has led to inconsistencies in decisions across the EU, judges are taking “a creative and sensible approach by standing back from the detail and going back to basic copyright principles which generally hold true even when applied to new technological scenarios not envisaged by the draughtsmen”.

“However, while it obviously makes make sense for legislators constantly to scrutinise current statute to see how it can be improved and updated, if they become overzealous in trying to draft rules applying to each and every new technological development, there is a danger that the legislation will become over-complicated, unworkable and contradictory. Keeping it simple is best,” she says.

In a statement on its website after the CJEU ruling, TVCatchup said that the decision will not affect the majority of content on the site. Director Bruce Pilley said that the company was in advanced negotiations with many of the major content providers, which was “an acceptable price to pay for ending the years of uncertainty arising from the vexatious action of a handful of broadcasters”.

With global access to the Internet blurring jurisdiction lines, is the establishment of a firmer global standard feasible, and will it work?

“The problem with global standards is that they tend to be interpreted locally,” says Nabor. “Even though you’ve got the same standard in multiple country jurisdictions, each individual jurisdiction interprets the application of that standard differently, and certainly we’ve seen that in IP issues throughout Europe,” he says, adding that these differences in interpretation also happen within the US.

“You’ve got one law, but it’s applied differently in one circuit vs the other: Aereo and Aereokiller are perfect examples,” he adds.

Staying vigilant is the best solution, he says, adding that the existing laws are “largely capable of handling most of what comes along”.

Swindells says we are a long way from establishing a global standard, although she understands the call for it from a business perspective: “Contrasting decisions from respected courts in the UK on the one hand and the US on the other in respect of near-identical issues makes it very difficult for businesses to implement a global strategy,” she says.

From the so-called Betamax case, in which the US Supreme Court kicked off a new era of home recording by finding that recording TV shows for later viewing is not copyrightinfringing, to Cablevision, changes in technology and the continued innovation of those behind the platforms will always test copyright laws to breaking point.

In addition, as we phase out using hardware to store content and increasingly opt for uploading to the cloud, copyright laws are going to be playing a game of catch-up.

Rendle says a copyright exception on private copying is due to be introduced to the UK, although how this provision will relate to the inevitable rise of cloud computing remains to be seen. He describes the cloud as the “elephant in the room” in the discussion about what private copying exception should cover.

“The government is keen for cloud copying to be included in the exception, which poses great challenges to the rights owner community and business models generated around cloud sharing,” he says.

Nabor says the cloud is simply a different permutation of what has already existed for years, although it will change things: “It’ll provide another opportunity to examine the whole industry, but there’s precedent for this in the background, and hopefully it won’t set the entire industry on its head,” he says.

“My concern is what comes after the cloud.”

Rendle says that even if legislation were introduced to deal with the industry’s current concerns, it is unlikely it could deal with the challenges the future will bring. Is this the inherent nature of copyright? Will we ever be in a position where the statute can satisfactorily govern streaming activities?

“Inherent is the key word here,” says Rendle. “The ingenuity of technology developers outstrips the flexibility and ability to react to legislatures.”