UDRP and URS: part of the anti-counterfeiting battle 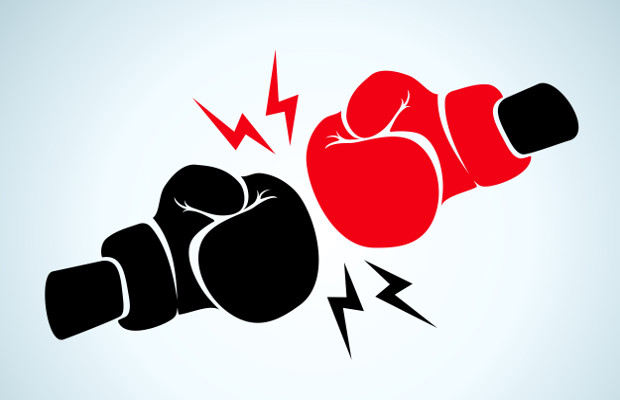 The UDRP and URS procedures can be very helpful tools in fighting counterfeits, but they don’t solve all the problems, says Steven Levy of the Accent Law Group.

There was a time when counterfeit watches, handbags, and other fakes could only be found at the sketchy back rows of certain flea markets or seen arranged atop blankets on street corners for easy flight when the police came by.

Private investigators and plain-clothes police would frequently seek out and raid these sellers but could disrupt their operations only briefly—sometimes for as little as a few hours.

While some of that old-school cat-and-mouse game still goes on, the vast majority of counterfeits are now offered online by sellers who can more easily hide their identities and who often have overseas operations beyond the reach of local authorities.

This hasn’t stopped brand owners from seeking to police their rights, but it has forced them to adapt and dramatically shift the battlefields.

Much of the focus has been on getting online sales sites shut down using a combination of tools such as takedown notices (for example, under the Digital Millennium Copyright Act in the US), specific policy or terms and conditions violation notices to auction and sales sites like eBay, Amazon, and Alibaba, and even requests for help to hosting providers and registrars.

For those instances where the domain name of a website selling counterfeit products itself contains the brand, these policies can have the website shut down and even have the domain transferred to the complainant brand owner so that its customer traffic can be routed to a legitimate website.

In a recent UDRP dispute, the respondent used the domain name Harley-life.com to redirect internet users to a page at the Shopify.com site that offered T-shirts and decals prominently bearing unauthorised copies of the famous Harley-Davidson trademark and Willie G skull logo for sale.

The website also featured photos of respondent’s products being sold at a popular motorcycle rally held each year in Sturgis, South Dakota in which the Harley-Davidson brand plays a major role.

The panel held that sufficient evidence was provided to show that the respondent’s products “appear to include a counterfeit Harley mark” and, as such, it had registered and used the domain name in bad faith.

The domain was ordered to be transferred to Harley-Davidson and so the redirect was shut down. The Shopify.com page itself was also shut down through a separate notice to that platform.

Overall, Harley-Davidson has been quite successful in its efforts against domain names having won over 85 UDRP cases to date.

Another example is a URS case involving the domain Burberry.global in which the respondent used in an email address to send offers to other businesses offering goods that were probably counterfeit.

Further, the domain redirected people to the legitimate Burberry.com website in order to support the email scheme and help confuse the public into believing the respondent is affiliated with the famous fashion company.

“One of the benefits of the UDRP and URS is that the legitimacy of the goods offered by a respondent may not be critical to winning a case.”

The domain was ordered to be suspended since the complaint met even the URS’high standard for proving a violation (i.e., “clear and convincing evidence” with “no issues of material fact”).

The website now shows the standard URS notice and the respondent will not be able to transfer the domain or renew it when it expires at the end of its current term.

One of the challenges brand owners face when confronting online sales is conclusively determining whether the products offered are, indeed, counterfeit.

Sometimes it’s easy to tell based on photos of the goods; brand owners (or investigators) will often make a purchase so that further tests can be conducted.

However, one of the benefits of the UDRP and URS is that the legitimacy of the goods offered by a respondent may not be critical to winning a case.

In the most frequently-cited UDRP case of the policy’s 16+ year history, the panel considered whether a seller of genuine branded products or replacement parts could fairly use a domain name that includes the brand.

It was held that use of the domain OkiDataparts.com to sell actual replacement parts for Oki Data printers and copiers was a bona fide offering of goods or services under the UDRP since it complied with the following four-part test:

The bottom line is that if a respondent is using a domain which contains a brand to fairly sell the genuine products of that brand rather than in a way that harms the brand, that respondent should be able to defeat a UDRP complaint.

While the Oki Data test is most often used as a shield by legitimate sellers, it can also be used as a sword by brand owners employing the UDRP to pursue suspected counterfeiters.

In a case involving the domain Accutanecheap.com, the resolving website didn’t show a picture of any goods so it was uncertain whether the site was offering counterfeit or genuine products under the Accutane brand (the latter seems highly unlikely as this is a closely regulated pharmaceutical product available only from licensed drugstores).

Without even addressing the question of whether the goods were counterfeit or genuine, the panel considered the four-part Oki Data test.

It concluded that the domain and website failed due to the fact that pharmaceutical products from other companies were offered and there was no notice on the site conveying the lack of any relationship with the brand owner.

In this way, a likely counterfeiter was shut down without the brand owner ever having to conclusively prove that the offered products were counterfeits.

Although it’s apparent that the UDRP and URS can be very helpful tools in the anti-counterfeiting battle, unfortunately they don’t solve the larger problems of attacking online fakes such as shutting down the source of the products, preventing the seller from popping up with a new domain and website in a matter of hours, and persuading online sales platforms to permanently shut down these sales without the need for the brand owner to individually identify each instance.

These present bigger questions to be addressed in other venues and perhaps through means that don’t even involve filing formal legal disputes.