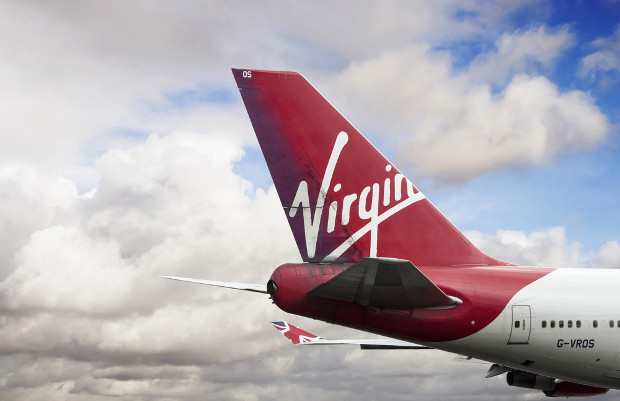 Virgin Group, Lacoste and Volkswagen all recorded cybersquatting victories recently at WIPO’s Arbitration and Mediation Center. TBO provides a summary of the disputes and their implications.

Every day scores of new domain names are registered. Among the start-up companies, personal pages and fan pages, some addresses are registered to purposefully cause confusion with established brands.

To solve disputes and to transfer infringing domains, intellectual property owners can head to the World Intellectual Property Organization’s (WIPO) Arbitration and Mediation Center, which adjudicates disputes under the Uniform Domain-Name Dispute-Resolution Policy.

Multinational Virgin Group, sportswear brand Lacoste and car maker Volkswagen are the companies that feature in our roundup this week, with each successfully transferring confusingly similar domains.

In this dispute, Virgin Enterprises targeted a respondent named as UK resident D Jones, who had registered the domain virginemedia.com.

According to the complaint, Jones was the owner of 34,063 domains which, according to the WIPO panellist Anthony Connerty, proved he had no legitimate interest in the domain.

Virgin added that “the only difference” in the domain and Virgin’s trademark is the inclusion of the letter ‘e’ in the registration, which “would go unnoticed by the average internet user”.

The domain name resolved to a parking page that displayed adverts. A screen shot of the website also showed one advert that stated “Buy this domain. The domain virginemedia.com may be for sale by its owner!”

Stuart Fuller, director of communications at brand protection company NetNames, says: “The fact that the domain name resolved to a website with a potential sale notice suggests that the registrant was looking to profit from the Virgin Media name and its IP.”

He adds that while the domain itself does not directly infringe the ‘Virgin Media’ trademark, the fact that it is confusingly similar could lead to confusion over the ownership and content of the website.

“The key aspect here wasn’t necessarily the registration of a domain name that was clearly a typographic of a brand name, more so that it was registered and appeared to be used for the sole purpose of making financial gain.”

He adds: “Mis-typed traffic can still help to build the value of a domain name, albeit not traffic that will stay on a website for long.”

The domain was transferred to Virgin on July 4.

Citing various trademarks it owns for ‘Lacoste’, including in Morocco, Lacoste also revealed it owns domains including lacoste.us and lacoste.fr.

According to the complaint, Aballaoui registered the word element of the brand and recreated the company’s famous symbol, a small crocodile.

In a decision, published on July 12, WIPO panellist Abderrazak Mazini said the respondent registered the domain to “collect the personal data of internet users” by spoofing Lacoste’s well-known trademark.

“The decision shows that the domain name dispute procedure can be a ‘very effective practical tool’ in the armoury of brand owners.”

“In these circumstances, the expert concludes that the respondent has therefore no rights or legitimate interest in the disputed domain name,” Mazini wrote.

The website displayed a page reproducing the Lacoste brand and logo with an invitation to visitors to register online by registering their name and email address with the false promise of receiving an email version of Lacoste’s catalogue.

Patricia Collis, partner at law firm Bird & Bird, says the decision shows that the domain name dispute procedure can be a “very effective practical tool” in the armoury of brand owners.

She adds: “Bearing in mind that some of the trademark registrations relied on are more than 60 years old, and predate both the internet and big data, the facts of this case help demonstrate how versatile and useful the domain name dispute procedure can be.

“The practical consequence of using this process is that the domain in question was transferred to Lacoste, thus ending the data collection through that domain by the respondent.”

Car maker Volkswagen took action against, and was able to successfully order the transfer of, the domain volkswagenfrance.com.

Germany-based Volkswagen owns various trademarks for its name, including a European Union trademark for ‘Volkswagen’, registered on May 10, 1999. It uses it to market cars around the world.

The disputed domain name was registered on April 11, 2016.

The complaint was filed in English on May 13, 2016. The Arbitration and Mediation Center then requested verification of the respondent in connection with the disputed domain. The registrar confirmed that the registration agreement was carried out in French.

The centre emailed both parties on May 19, requesting that the complainant and respondent either provide evidence of an agreement that the proceedings should be in English; or submit the complaint translated into French; or submit a request for English to be the designated language.

The following day the complainant filed a request that the case proceed in English but the respondent failed to make a submission.

According to the complainant, based on the fame and reputation of its mark there is “no doubt that the respondent purposefully created a domain name containing the mark in order to create the misleading impression of being in some way associated with complainant”.

A reverse Whois search on the respondent’s email address showed that it owns at least 25 other domain names, most of which contain third parties’ famous marks, including ‘Samsung’, ‘Michelin’ and ‘Hewlett-Packard’.

“Such registrations indicate that respondent engaged in a pattern of conduct of bad-faith registration and use of domain names,” panellist Richard Hill wrote.

Hill said the use of the complainant’s mark plus the descriptive geographic term “France” is confusingly similar.

He added: “In the absence of any reply to the complaint, and in the circumstances of the present case, the panel finds that respondent does not have rights or legitimate interests in the domain. It is difficult in the circumstances to envisage any use on the part of respondent of the disputed domain name that would not interfere with the rights of complainant.”

Matthew Sammon, partner at Marks & Clerk, says it is good to see the owner of the domain being given ample opportunity to provide a genuine reason for acquiring it as this “does allow resellers and traders with a genuine interest to protect their position”.

“However, in this case the failure of the owner to provide any genuine interest in the domain, along with a clear history of acquiring the domains of well-known trademarks has allowed the panellist to rightly cancel the domain and prevent the owner from infringing the registered rights of Volkswagen or selling the domain back to Volkswagen for significant gain.”