Under pressure: protecting IP at the BBC 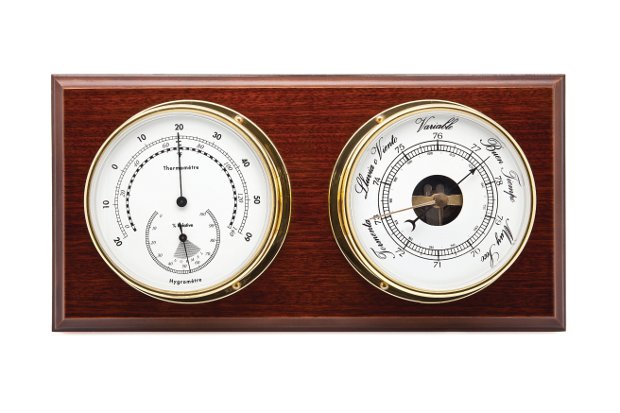 The BBC is used to dealing with threats to its intellectual property. And as Diane Hamer, a trademark lawyer at the corporation, tells TB&I, those threats are on the increase.

“We're not the most aggressive brand owner in terms of protection,” says Diane Hamer, trademark attorney at the BBC. For a corporation that offers almost unparalleled online services, from its multitude of websites to its diverse range of television programmes, this may seem like a surprising stance.

“There is one example, however, which we most often cite as the pinnacle of what we find intolerable,” says Hamer. “It was something that we considered to be a grave breach of our rights.”

From 1997 to 2002, Teletubbies was a popular children’s TV programme in the UK that soon migrated to countries including the US and India. One day, BBC lawyers came across a website that incorporated the Teletubbies name but was used to display pornography. The corporation’s concerns were obvious. While the website was soon removed, it was just one of example of the many potential sources of cybersquatting and infringement that the BBC faces. Hamer says with the increasing availability of digital technology, there has been an “explosion in infringement”.

“The ease of registering domain names that include our brand names means it’s almost impossible for us to combat that kind of potential infringement. I’m not saying that every domain name that embodies one of our brands—whether it’s the BBC brand itself or one of our programme brands—is necessarily an infringement, because I think it’s perfectly possible that people have legitimate reasons for registering those names. But some of them are cases where people have registered websites specifically to draw traffic away from us or to carry out commercial activity on the back of our public service activity.”

She adds: “Similarly, because people registering domain names are not obliged to give their full contact information, one of the biggest difficulties we have is identifying the infringer.”

Hamer explains that, like many other large brands monitoring infringement online, the BBC relies on a “watch service” that notifies the company every time someone registers a domain with the term ‘BBC’ in it. “What often comes to our attention are news websites that have been mocked up to look like BBC news sites, but which are carrying content that we have not authorised.”

These types of websites pose an added threat. While the sites may (or may not) include a BBC trademark, and if they do would be seen as a typical cybersquatted websites, they also display copyright-infringing material.

“We encounter a huge amount of copyright infringement online. The ease with which things can be lifted, copied, cut and pasted [means] it’s very easy for people to produce websites that look entirely authentic but which are not within our editorial control or are using our copyright material in an unauthorised way. It’s extremely difficult to combat this because it’s very easy to do.”

Aside from pirated news websites, the BBC faces challenges when protecting its copyright, as well as that of others, in the TV programmes and radio shows it produces and broadcasts. In its attempts to keep pace in the fast-moving digital era, the corporation launched the iPlayer in 2007, an online TV and radio service that archives content for viewers and listeners. The move posed obvious problems about protecting copyright, leading to a decision to restrict access to only the UK.

“We did that primarily because every programme that we put on it (which is all of our programming) has a huge amount of underlying rights sitting under it—writers' rights, performers’ rights, musicians’ rights—and so we can make only content available where we have the underlying rights. If we don’t own them then we have cleared them for that use.

"It was a vastly complex exercise to get to the point where we had rights sufficient to offer a seven-day catch up window on iPlayer in the UK. We’re not in a position to obtain all of the rights in all of those programmes for distribution around the world. This is why we put the blocking mechanism on iPlayer.”

Of course, in an age where the Internet has most of the answers to life’s questions, this doesn’t stop infringers trying their luck. Hamer says people who want to infringe are incredibly adept at doing so, despite the technical restrictions on the iPlayer, and she has come across, as one example, offshore companies offering iPlayer services to British ex-pats.

"It's very easy for people to produce websites that look entirely authentic but which are not within our editorial control or are using our copyright material in an unauthorised way."

All of this sounds like a huge challenge for the BBC: how does it possibly monitor the swathes of potential infringement online?

This question is especially pertinent when Hamer mentions that the corporation mostly conducts its brand enforcement work in-house with a “small but very effective team”. Aside from her colleagues, many of the answers to tackling infringement lie further afield.

“We largely rely upon people telling us about cybersquatting and piracy. I think there’s all sorts of reasons [why they do that]. For example, people who’ve seen an advert for a commercial product that uses our brand want to find out if it’s connected to the BBC, and so they get intouch with us,” she says.

“We have very limited personnel resources and we are endeavouring to target only those activities that we consider to cause most damage to our brand or to the value of our copyright. We have a number of criteria for assessing that damage but we try to do as much as we can with the resources available.

“It’s great that people care enough about the BBC to either tell us when someone’s infringing or just write to us to ask ‘is this an authentic offering, because I don’t want to infringe on the BBC’s rights?’” For an organisation that faces challenges on many fronts, such brand loyalty is essential. It is interesting to see that the BBC can attract a loyal following that keeps its eyes peeled for potential nefarious behaviour online.

However, despite the goodwill, this support and the BBC’s own efforts will undoubtedly be put even more to the test in 2013. Starting in about April, the first of about 1,400 new generic top-level domains (gTLDs)are expected to launch, marching into the domain name system and bringing with them a sense of fear about mass cybersquatting.

As a participant in the gTLD programme— applying for the .bbc domain—the corporation is a close observer of developments, with Hamer explaining that the challenge of protecting the BBC brand is set to increase. She says although lots of the domains will not succeed, and therefore will not give a cause for concern, the BBC will have to think carefully about how it will protect its brand in the future.

“The rights protection mechanisms (RPMs) have been a source of contention for the entire time that this whole programme has been under discussion. It’s of some concern that even now that the application process has closed and people have paid large sums of money to apply for a gTLD and that their applications are being examined before launching, we still do not have a fixed and comprehensible set of RPMs,” she says.

“There’s still discussion about whether they’re good enough, and since the outset of these there’s been a push and pull between the domainers, who want as few mechanisms as possible, and the brand owners, who want maximum rights possible. It’s been very difficult to find a successful middle ground, and that struggle goes on.”

Indeed the struggle does go on. Following a meeting in Los Angeles on November 15 between various groups at the Internet Corporation for Assigned Names and Numbers, which is administering the gTLD programme, things may look marginally better for the BBC and other rights owners.

Under the latest proposal, IP owners would be able to register their trademarks plus 50 variations (deemed ‘abusively registered’) of them in the Trademark Clearinghouse, a database of marks whose operators can warn registrants about potential cybersquatting. This process, under the proposal, would last for 90 days (instead of 60) after each new gTLD registry launches, with the option of possibly extending it for 12 months.

Such improvements may sound good for the BBC, but protecting its brand in the new gTLD space will, inevitably, incur more costs. The Trademark Clearinghouse will not be free. Nor will the Uniform Rapid Suspension System, another RPM under the programme.

For Hamer and her colleagues it will be a question of cost versus safety. It is hard to know just how much cybersquatting will increase in the new domain space, but many brands have been worried about the scope for abuse. With its self-confessed nonaggressive approach to brand enforcement, the BBC may need to start toughening up.