Underestimating the UDRP: even IP law firms sometimes do it 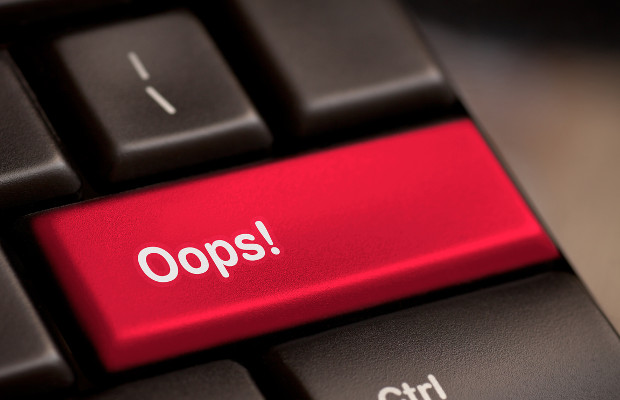 Steven Levy, president of the Accent Law Group, takes a look at common mistakes made by IP lawyers when filing UDRP complaints.

When I speak about domain name disputes at legal education conferences one of the most frequent questions I get asked is “when is it appropriate to file a Uniform Domain-Name Dispute-Resolution Policy (UDRP) complaint?”.

In response, I often say that I find it more productive to discuss when not to file such a complaint.

Then, I discuss examples of UDRP cases that have been lost even though the complainant was represented by a well-regarded IP law firm, often one that specialises in the rather complex area of trademark litigation.

The UDRP has often been referred to as “litigation light”. This may be appropriate for what is, at its heart, a fast-track process based in arbitration but the fact is that it’s a rather unforgiving system and strategies that are often quite effective in litigation simply don’t work with the UDRP.

If plan A doesn’t work, forget Plan B

Given the cost and complexity of courtroom litigation, a party may choose to file a case simply to gain leverage in a negotiation, to bring an otherwise unwilling party to the table, or to intimidate a defendant.

However, the UDRP was designed to be more accessible to parties, and the recipient of a complaint under the policy may not quickly crumble under pressure.

In a case claiming that the domain eyetube.com was in violation of the complainant’s trademark rights, its attorney cited a couple of trademark registrations (the earliest of these being filed in 2008).

However, the accused domain name was created by the respondent in 2005 and paragraph 4(a)(iii) of the UDRP states that a complainant must be prove both bad faith use and registration (and how can a domain have been registered in bad faith when the complainant’s trademark didn’t even exist at that time?).

After a review of the facts in the case, it became clear that the complaint was filed only because the parties were unable to negotiate a sale of the domain after the complainant had reached out to the respondent.

The respondent’s price was simply too high and the UDRP case was intended as a “plan B” strategy to try and pressure the registrant to accept a lower price.

In the end, the panel denied the case and determined that complainant had engaged in reverse domain name hijacking because it had misused the policy.

In sum, complainant (and, by extension, its attorney) “knew or should have known at the time it filed the complaint that it could not prove one of the essential elements required by the policy”.

Ethical issues aside, commencing litigation in court may make sense under the right circumstances as it forces the defendant to confront the issues in the case; simply ignoring the matter could lead to a default judgment.

However, it is a well-established principle in UDRP cases that the evidence and merits of the case must be carefully considered even in the case of a default.

It is not uncommon for a case to be denied even when the domain name owner completely fails to participate in the proceedings.

This scenario played out in a case from 2013, where the domain at issue was webmail-aol.com.

The panel found that the complainant’s lawyer had failed to make even a prima facie case of cybersquatting since it had “not stated how the domain name is being used” and its entire argument consisted of the conclusory statement that “respondent is not named or commonly known as Aol, nor is he licensed or authorised to use the Aol mark in this manner”.

While this may have been appropriate under the more liberal notice pleading standards for a complaint that would be filed in a US federal court, it is simply inadequate for the UDRP where the party representatives typically get one shot at presenting their case and are expected to be familiar with both the policy and its body of decisional history.

In both of the above scenarios the litigation-based strategies employed by complainants’ lawyers not only backfired on them but may have actually made matters worse.

Where a complaint is denied after a failed negotiation ploy, it follows that the domain owner will be emboldened and actually raise the asking price.

And where a complaint is filed missing a vital piece of evidence, it may not be refiled since a second complaint would state no new facts or evidence that wasn’t available at the time of the first case.

The lesson to take from these, and many other cases like them, is that the UDRP should not be taken lightly or viewed in the same strategic framework as court-based litigation.

Prospective complainants and even their otherwise experienced trademark attorneys should seek counsel from a professional who has deep and broad experience with the UDRP and perhaps engage that person as a key part of the team if the decision is made to proceed with a complaint.

To underestimate the policy risks doing a disservice to the client and the professional reputation of the individual or firm listed as its representative in the resulting UDRP decision.