Up in the air: the implications of gTLDs 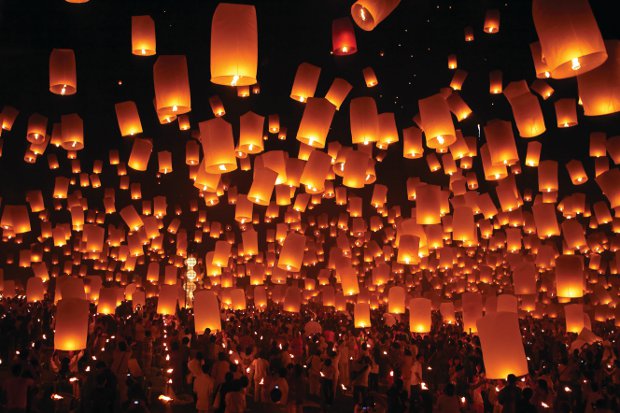 While the new gTLD programme continues apace, the outcome of many things is still uncertain, as Jonathan Cohen explains.

The Internet and business communities have been heavily involved in the process at ICANN, which is expected to lead to the introduction of a very large number of new generic top-level domains (gTLDs), starting in 2013.

Various intellectual property associations, in particular the International Trademark Association (INTA), IP lawyers, and many large famous brand companies have been attending ICANN meetings or following them closely for the past few years.

These groups make comments to the ICANN board of directors themselves or through ICANN constituencies to express their wishes and concerns relating to the addition of so many new gTLDs (such as .shop, .art, .sucks, etc).

The money at stake is considerable. Hundreds of millions of dollars have been paid to ICANN by persons representing almost 2,000 applications for new TLDs.

There are many TLDs for which multiple applicants have paid the fee. In these cases the parties are encouraged to fi nd a solution themselves as to which of the applicants should have the TLD. If the applicants cannot come to an amicable agreement, the next step is for the string (the gTLD) to go to auction, with the highest bidder being awarded the TLD in question.

It is amazing to watch and/or listen to the strategies for being successful in this incredible gTLD poker game. Donuts Inc, which put down $57 million for 307 TLDs, is rumoured to have a bank roll behind it of another $50 to $100 million that it can use at such auctions.

It has proposed a novel solution to situations where there are multiple applicants for a string. In essence, winning bidders give money to their competitors, as the last remaining applicant pays whatever the second-highest bidder was willing to pay.

Other applicants are discussing the possibility of joining one another to have shared ownership of a string, rather than being forced to out-bid each other.

Some individuals are surrendering their application in return for their upfront fee and a small profit. This is the clearest instance of the monetisation of the domain name system at an ‘official’ level, yet no-one knows how it’s going to turn out. It is unclear which TLDs will be successful in the case of those that are designed to make money through public purchase of domains in that gTLD.

There are rumours circulating that Google may ultimately acquire a very large number of TLDs, but will not charge anything for users who want to own domain names in those TLDs. This has implications for other domain name providers, such as Go Daddy and others.

IP owners and advocates, such as the IP Constituency (IPC) of ICANN, have been vociferous in requesting improvements in the rights protection mechanisms (RPMs) in the agreements governing the operation of the new TLDs. The objective is to deal expeditiously and inexpensively with what certainly could be a huge increase in the amount of IP cyber malefaction.

The RPM issue has been a difficult battle which was spearheaded by a group called the Implementation Recommendation Team (IRT), formed by the IPC specifically to make a series of recommendations to the ICANN community for new RPMs.

"When these matters are finally settled, ICANN will probably have a very large amount of money in its chest, giving it a greater degree of economic interdependence."

The IRT comprised a group of international trademark, domain name, and ICANN experts. Much of what they recommended has, in large measure, been adopted by ICANN into its applicant guidebook, which is the operational bible for new gTLD owners and operators.

However, even at this late date, discussions continue about amendments and improvements to the RPMs, and members of the IRT and IPC are continuing to speak out and generally advocate for improved RPMs, as suggested in their early report.

For those who have followed the growth and development of ICANN, this is a particularly interesting time. The introduction of these new TLDs could be a watershed event in ICANN’s evolution.

Many of the applicants are famous brand owners who have decided that the best way to market their brands in the Internet era, and the best way to avoid cybersquatting and the need to purchase thousands of unwanted domains to prevent others having them, is to purchase and operate their own domain through a back-end registry.

There may be different versions of how this will be done, but essentially these registries will be closed and only those approved by the brand owner will be able to own domain names in those TLDs.

In some cases, the brand owner will educate consumers on the fact that unless material they receive, such as invitations, prizes and promotions, originates from the brand’s particular TLD, then regardless of what the second or thirdlevel domains are, that material is not authentic. It then becomes a ‘buyer beware’ system.

For the time being, most of the other issues ICANN faces have received much less attention than usual. The number of people attending meetings is up, as people with an interest in the outcome and selection process of new gTLDs are present to argue, negotiate, purchase, or otherwise try to achieve a desired result.

When these matters are finally settled, ICANN will probably have a very large amount of money in its chest, giving it a greater degree of economic independence, and the ability to take on new roles or to fulfil better those it now has.

If, as expected, an increasing number of corporations that are famous brand ownersobtain their best known trademarks as TLDs, it may change the landscape of ICANN.

The question, then, will be whether a number of companies will be able to dominate these constituencies. Bylaw changes have been made to prevent what ‘full-time’ or dedicated registrars or registries would believe to be unreasonable capture by these brand owner registries. There may be considerable friction in due course.

As usual, it is interesting times at ICANN. Reactions, including those from the Government Advisory Committee, confirm that the only thing that is certain about the introduction of this large number of new TLDs is that there is uncertainty. Stay tuned.

Jonathan C. Cohen is the senior managing partner of Shapiro Cohen in Ottawa, Canada. He can be contacted at jcohen@shapirocohen.com