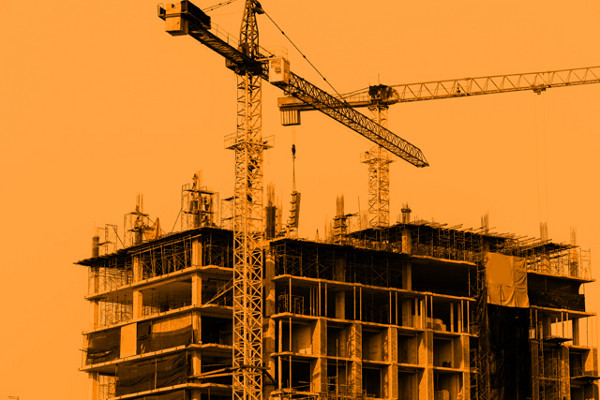 New gTLDs are here and shaking up the old world of registrars and registries, bringing new opportunities and challenges, as Stéphane Van Gelder explains.

One of the Clinton administration’s goals for ICANN when it created the organisation in 1998 was to open up the domain name market. At the time, a US company called Network Solutions held a near-monopoly on .com, operating and selling what was already the web’s most popular top-level domain (TLD).

The internet community spent years breaking this vice-like grip on the domain distribution chain, and a clear separation was created between registries and registrars. Under this model registries manage TLDs, with their only clients being registrars—who themselves are meant to service registrants.

By the early 2000s, an impenetrable Chinese-like wall had been created between registry and registrar functions. ICANN imposed contractual terms on registries and registrars with an obligation to separate them; a registry could not be, or operate, a registrar.

Separation had several advantages. Registries could focus on making sure their domain was available 100 percent of the time. Registrars would handle sales and would be guaranteed equal access and pricing. They could focus on clear customer-oriented marketing with no worry that registries would step on their toes and vie for the same customer base.

Then the new gTLD programme came. During the programme’s gestation period, registrars surprisingly came out in support of ‘vertical integration’, which essentially means an end to separation. In March this year, at the ICANN meeting in Singapore, an experienced domain industry professional was still unable to really believe that registrars would take this stance. “It almost looks as though their group was captured by new gTLD registries,” he said.

Vertical integration has meant significant changes to the way domain names get to market. Registries have been much quicker to jump on new opportunities than registrars, who now appear almost naïve in their inability to foresee that while vertical integration would grant them the right to be registries, it would also work the other way around.

This leads to the question: will registrars soon be obsolete? Another domain name specialist suggests that “in five years, I expect all registries will be operating their own registrar”. Whether upcoming changes are this dramatic we can’t tell, but clearly the existing balance is already being altered.

New players are challenging what the industry used to take for granted. Take Uniregistry. Under the old system, the company’s founder Frank Schilling made a fortune buying and selling names. Schilling immediately jumped on the new gTLD bandwagon, which he sees as the next step in the evolution of web addresses-think of it as GPS for an information superhighway that until now was only using paper maps.

“When future generations look back on the internet as it is today, they are going to ask how we got by on such a narrow selection of names,” Schilling says.

He doesn’t much care for the old ways. When Uniregistry took the first of its TLDs to market at the end of February, it flouted industry conventions on the way domains should be sold. A few days after launching .sexy and .tattoo, Uniregistry activated its own registrar, Uniregistrar.com. It soon faced what almost looked like an industry boycott: nine of the world’s ten biggest registrars refused to carry its strings. Why? The creation of Uniregistrar.com, no doubt, but also its contractual insistence that all registrars give Uniregistry access to their customer data.

That’s anathema to a registrar industry that has always considered its customer relationships to be its most precious resource. Schilling knows he is upsetting the existing domain industry applecart, but he is not worried. He sees change as inevitable, and those who are stuck in their old ways as retrograde nostalgics.

The old model does seem to be holding so far, however. Major new gTLD contenders such as US company Donuts, by far the most prolific applicant in the first round, have kept to it. Donuts was the first to market when it launched TLDs such as .guru or .plumbing on January 29, 2014. It did so through the traditional registry/registrar interaction.

Donuts is just a registry, and has no stated plans to operate a registrar; it is not asking registrars for their precious customer data. As a result, its TLDs are carried by the world’s major registrars, including market leader GoDaddy.

But even here, the old balance looks set to change fast. By early March, more than 200,000 second-level new gTLDs had been registered. GoDaddy had more than 40 percent of that market but by late March the picture already looked very different. Total new gTLD registrations had doubled, to just under 400,000, but at the same time GoDaddy’s market share had dropped significantly, to just over 30 percent.

The reason? New TLDs from different cultural or geographic horizons coming to market. In this instance it only took one TLD-.berlin-to alter the balance in a way that just wouldn’t have happened in the pre-new gTLD days. Whereas before, .com was the benchmark domain and GoDaddy the default registrar for many, in the new gTLD age geography and content will become important enough to tip the balance. In the .berlin case, one German registrar (InternetX) claims to have captured more than 80 percent of registrations.

New gTLDs are set to bring changes in domain habits that will have end users struggling to keep up. Individuals, companies, law enforcement and dispute resolution bodies, and even ICANN’s own compliance teams, will be tested as the market finds new ways to distribute domains.

Now more than ever, as the internet’s namespace transforms from having 20-odd gTLDs into one where, potentially, a new gTLD could be released every week, brand owners will have to work very hard just to keep abreast of the latest developments.

Let’s be clear: the domain industry is being turned upside down. New rules are coming out of ICANN as fast as new gTLDs are being added to the root. Registrants-your customers-will be playing catch-up with new sales and marketing practices for years, and possibly with new scams as well.

Take .ceo. The TLD went live in late March 2014 and almost half of the registered domains seem to be cybersquatting attempts.

Or look at specification 13. Not the name of the FBI’s newest flying saucer storage facility, but a new gTLD contract amendment that ICANN signed off after the Singapore meeting. It would allow operators of .brand registries to bypass requirements to serve all registrars equally or hold a sunrise period.

Adapting to the new state of play is essential. A brand can no longer afford to ignore what’s going on at policy-making level within ICANN, or misunderstand the real-world effects of those new policies on their overall online identity. Getting professional help to grasp the intricacies of the evolving domain name ecosystem is probably one of the wisest IP and business protection decisions companies can take this year.

Stay informed, and adapt your own approach to suit the new domain environment. Every new launch, every new announcement from ICANN, means changes that could impact you or your customers.

Stéphane Van Gelder is managing director at Milathan, a provider of domain name and internet intelligence. He can be contacted at: svg@milathan.com