Welcome to the Copyright Hub 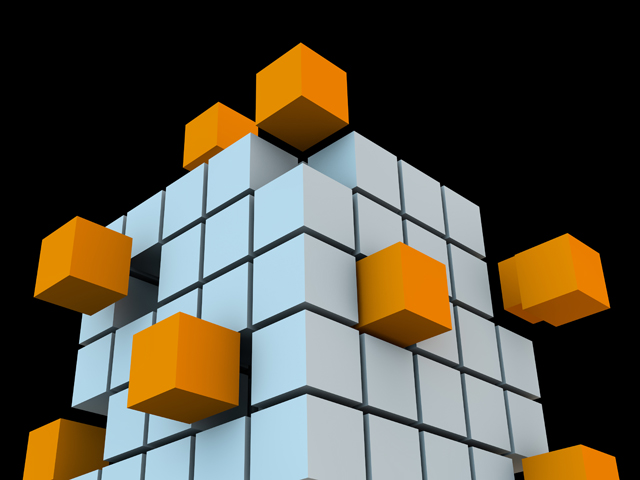 The Copyright Hub, a UK government scheme that seeks to simplify the licensing of copyright online, kicked off in July 2013. TB&I spoke to the launch group’s chair, Richard Hooper, to find out how the project will help the creative industry.

He appointed Richard Hooper, the former deputy chairman of Ofcom, the UK’s independent regulatory body for the communications industries, to do the research. After eight months working closely with the UK’s music, publishing, audiovisual and images industries, Hooper, along with his colleague Ros Lynch, released the report Copyright works: streamlining copyright licensing for the digital age.

In the paper, Hooper and Lynch highlighted some of the aspects of the copyright licensing process that make it unfit for the digital age, such as the cost of licensing and the delay creators experience in receiving reimbursement for their works, and offered a series of solutions.

They recommended creating the not-for-profit, industry-led, UK-based Copyright Hub that has an interoperable and scalable link to the “growing national and international network of private and public sector digital copyright exchanges”, based on “voluntary, opt-in, non-exclusive and pro-competitive principles”.

With the Hub, Hooper hopes to streamline the copyright process for individuals and small companies, and address any misunderstandings about it.

“Historically, around the world,” he says, “the conversation goes: there is a problem with copyright. Therefore we change the law.

“With my work I’m challenging that automatic assumption,” he says.

“There is a problem with copyright, and there may be a need to make some changes to the law, but how about looking more closely at how copyright licensing and processes are done to make sure that they wouldn’t solve the problem?”

By streamlining licensing processes, he adds, politicians are better placed to be more “vigorous and rigorous” about copyright enforcement and combating piracy.

“It’s got quite a strong political dimension.”

The Hub has a three-pronged approach. First it seeks to help the layperson navigate the complex landscape of copyright, by explaining clearly what it is, what it protects, and what the law says about it.

Hooper says Internet users are less likely to infringe copyright if they understand it, which a recent Ofcom study confirms.

Analysing Internet user activity between November 2012 and January 2013, the third wave of Ofcom’s Online Copyright Infringement Tracker report, published in May 2013, foundthat 41 percent of all Internet users aged 12 and over claimed to be “not particularly confident”, or “not at all confident”, about what is or is not legal online.

This figure is down from 44 percent from the first wave of research, which considered data gathered between May and July 2012.

The report also found that 24 percent of Internet users would stop infringing if it were clearer what is and isn’t illegal content.

The Hub’s second objective is to make it easier for users to find out who owns the rights to what works, and get permission to use them. Visitors to the Hub can log on, look for the right they want to license, and get a list of links to organisations they can contact to do so.

So far, companies including music licensing group the Performing Right Society for Music, the BBC and Getty Images have connected to the Hub, and Hooper says other businesses are showing interest.

Finally, the Hub seeks to make licensing easier for individuals and small businesses. Requests for licences will be simple to make, and transaction costs will be low, in line with the relatively low value of the licences themselves.

It is hoped that because of the Hub, it will be easier to search for creators’ works and they will subsequently be reimbursed for their creations.

Phil Sherrell, partner at law firm Bird & Bird in London, says that these “low value/high volume” licensing transactions may not be common at the moment, “either because use is being made on an unlicensed basis, or because the potential users aredissuaded by the perceived difficulty of identifying the right licensor and obtaining a licence”.

“The Hub should, if successful, lead to a higher total volume of licensing, with the use of private practice copyright experts remaining focused largely on higher value bespoke transactions and disputes.”

For rights owners, this could open a wealth of new opportunities. Steve Lake, chairman of the British Association of Picture Libraries and Agencies (BAPLA), which represents the UK’s picture libraries, said he supports the Hub’s potential to attract new business from smaller users, such as bloggers and social media users. “If they can be brought into the fold and brought towards picture libraries to license the images that they hold, then that’s obviously a positive thing, from our members’ point of view,” he said.

Peter Leathem, chief executive of music licensing company PPL, told TB&I: “We are delighted to be involved in the Copyright Hub.

“It will build on structures and databases across the creative sector, becoming a valuable tool to further assist copyright users in obtaining licences and finding out more about copyright and licensing. This will hopefully contribute to the further growth of a creative sector that is already culturally and economically crucial for the UK.”

With such an open approach to licensing, is Hooper concerned about less scrupulous individuals abusing the Hub? Is there a screening process in place to ensure the site keeps its integrity?

To date the Hub has not been pushed to make any “editorial decisions”, Hooper says, thoughhe accepts there may be some “lively moments” when the Hub has to refuse low quality material.

If licensing is easier, there will be more and better services on the Internet, fixed and mobile.

“That has not happened to date and I hope it won’t happen,” he says.

Hooper is enthusiastic about providing access to ‘orphan’ works via the Hub. “The UK IP Office has announced that it wants to work closely with the Hub on orphan works and I think an orphan works registry would be a marvellous application for the Hub,” he says.

Orphan works are copyrighted works for which the author can’t be found. The Enterprise and Regulatory Reform Act of 2013, passed in April this year, has allowed the licensing of these works in cases where the author may not be found after a “diligent search” has been made.

Some rights holders, particularly those in the image industry, have raised concerns about this recent change in the law.

At the time of production, digital images often have information about the author and their copyright and contact information written into them. This digital watermark, known as metadata, is crucial for photographers who want credit for their works that appear on the Internet.

However, some media outlets and social media sites use software that erases metadata. With the author’s name lost, it can be difficult to determine who owns rights to the image.

“We were staggered by the fact that metadata was stripped from photographs by web publishers,” Hooper says. “How would you like it if your copyrighted work goes on to the Internet, your authorship is immediately lost and nobody knows how to find you, so people start pirating it?”

As it plans to provide access to orphan works, could the Hub adopt any measures to counter this potential problem?

“I think the Copyright Hub will definitely encourage high standards, which is a crucial part of this story,” Hooper says.

“If licensing is easier, there will be more and better services on the Internet, fixed and mobile.”

At the time of print, the Copyright Hub is two months into its pilot phase. It is taking care to start small and expand only as it learns how people want to use it, and demand for the service grows. Early traffic data is “encouraging”, Hooper says.

Sherrell describes the Hub’s “incremental approach” as sensible: “It is likely to complement and benefit from some of the recent andforthcoming changes in copyright law, rather than be a substitute for them,” he says.

In the next few months, Hooper says, the Hub will start linking to other organisations, and later still, a “federated searches” function will be implemented, allowing users to search the Hub’s ever-expanding database in a smarter way.

“The exact nature of what form the Hub will take in those future phases is still up for grabs and open for discussion,” says Lake, although as the Hub evolves, he hopes its values don’t change. “There are certain basic principles in place that we would want to stick to, and the most important one of those is that it doesn’t cannibalise existing business, and doesn’t do what is already being done by BAPLA members and other picture libraries,” he says.

John Wilks, partner at DLA Piper in London, says that if the Hub becomes more sophisticated, it could enable increased competition in the market for copyright licensing.

Wilks agrees with Hooper’s recommendation to create the Hub as an independent industry-led body, rather than a government agency. “The latter option may well have led to an expensive IT project that was out of touch with the realities of the fast-moving market for digital rights,” he says.

Looking elsewhere, Hooper says Europe has shown “great interest” in the Hub, and Australia is looking into establishing its own version.

“The Hub, while it’s a UK initiative and has a UK leadership, is inevitably international for the simple reason that the Internet, and the digital world that we live in today, don’t recognise international borders,” Hooper says.

“Second, the Internet is, by its very nature, multimedia,” he. “Because of the wonderful nature of digital technology, the noughts and ones can carry text, sound and pictures, still or moving.”

So while digital copyright may throw up some challenges in terms of licensing, the very nature of the medium creates benefits, too, allowing schemes such as the Copyright Hub to reinforce the concept that the Internet is a “global village”.