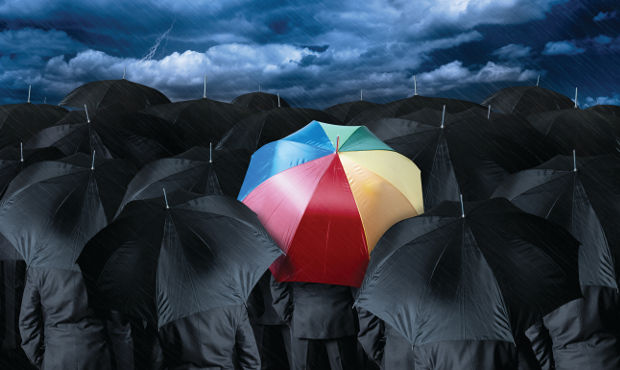 Recent Polish trademark cases concerning the status of domain names have been solved in favour of brand owners, as Marta Skrobot explains.

Under Polish legislation, a trademark is any sign that is capable of being represented graphically and can distinguish the goods or services of one undertaking from those of others.

Additionally, in accordance with a judgment of the Conciliation Court of November 18, 2005, in a case concerning the domain names ‘manpower. pl’ and ‘manpower.com.pl’, placing a trademark within a domain name will also be considered genuine use, and it is irrelevant whether there is an actively operated website under a given name.

“In the context of disputes over domain names, the very fact of registering a domain name comprising a trademark, or another designation used in trade, shall be regarded as genuine use of the mark or designation,” the court said.

On the other hand, there remains a question as to what happens if a third party forestalls the rightful owner and registers a domain name incorporating somebody else’s trademark in its own name. The answer to the question seems to have been provided in one of decisions issued under the Uniform Domain-Name Dispute-Resolution Policy: the World Intellectual Property Organization’s decision in the ‘telstra.org’ domain name case found that “passive blocking of a domain name shall be regarded as acting in bad faith”.

The National Conciliation Court for Domain Name Disputes in Warsaw confirmed that view in a judgment of October 24, 2011, in which it stated that if a party registers another party’s trademark as its own domain name with the intention of making financial profits by reselling that domain name to the rightful trademark owner, such activity is contrary to law and good morals.

As for Internet domain names, the court found that “registration of a domain name which is infringing a third party’s rights, eg, the rights deriving from trademark registration or personal rights, shall be considered contrary to good morals. According to the doctrine, such activity is called ‘cybersquatting’ or abusive domain name registration” (K. Felchner, ‘Infringement of trademark protection rights in the case law of the Polish Court of Conciliation for Internet Domain Names’, Legal Monitor No. 1/2008, repeated in the judgment).

In other words, “there is a risk that registration of a domain name and its later use may be found contrary to good morals. Therefore, participants in trade who would like to use names which are already used in turnover by other parties, are advised to be particularly cautious in selecting and using those names in order to avoid accusations of acting in bad faith” (judgment of the Conciliation Court in Warsaw as of March 5, 2012, case No. 45/11/PA).

On the other hand, the very fact of registration of a domain name identical or similar to an earlier trademark, is not necessarily regarded as infringement of rights to that trademark. Infringement takes place if the website is registered and used in relation to the same goods or services as those covered by the trademark registration.

“IN THE CASE OF WELL-KNOWN MARKS, OR WELL-KNOWN COMPANY NAMES OR PERSONAL NAMES, DOMAIN NAMES CAN BE BLOCKED EVEN WHEN THERE IS NO INTENTION TO USE THEM FOR COMMERCIAL PURPOSES.”

In a case before the Court of Conciliation for Internet Domain Names in Warsaw, a publisher named Oficyna Wydawnicza Oikos brought charges against the owner of a domain name ‘braclowiecka.pl’, claiming that its rights to the title of a monthly magazine ‘Brać Łowiecka’, a word-figurative trademark ‘Brać Łowiecka’, and a domain name ‘braclowiecka.net.pl’ were infringed.

In a judgment of March 5, 2012, the court found that the “identity of the names at issue, similarity between the topics of the publications concerned, and the fact that the services of both parties are addressed to the same group of customers, pose a risk that ordinary consumers may confuse the sources of origin of the goods and services offered via the defendant’s and plaintiff’s websites”, thus finding that the publisher’s rights were infringed.

The protection afforded to well-known marks is even broader. In the case of well-known marks, or well-known company names or personal names, domain names can be blocked even when there is no intention to use them for commercial purposes.

In this situation, registration “shall be considered contrary to socio-economic destination of a right deriving from registration of a domain name, that is an active use of a domain as an Internet address” (judgment of the Conciliation Court as of November 18, 2005). Such activity prevents other parties from free access to the market and constitutes an act of unfair competition.

Another issue is what happens if a domain name was registered with the rightful owner’s consent, or if a domain name registration took place in relation to a particular event or project occurring at specific period of time. The case is illustrated below:

A company, Color Pawel Worsztynowicz, registered the domain name ‘orangewarsawfestival.pl’. Orange Brand Service Limited filed a statement of claims against the company, claiming infringement of the rights to one of its trademarks, unfair competition, and infringement of personal rights based on the Civil Code. The owner of the domain name at issue counter-argued that registration took place with consent of the rightful owner, and Orange Brand Service Limited was aware of the registration.

After the hearing, the Conciliation Court issued a judgment taking into account the following circumstances: “consent to registration of a domain name in connection with a sponsored music event organised at a given time does not mean consent in general extending the period of time at issue and the subject of registration”.

What is more, the court argued that the rightful owner’s knowledge of the registration of the subject domain name is irrelevant, as there are no circumstances that would justify preventing the rightful owner from enforcing its rights due to the fact that it had tolerated the existence of the domain name at issue. Therefore, tolerating the registration of the domain name at issue by another party, and later enforcing one’s claims against that party, cannot be regarded as contrary to good morals.

According to the court, the rightful owner was justified in enforcing its rights to the subject domain name, as the relevant legal relationship between the parties on the basis of which registration was made, had already terminated. The court’s final judgment (October 22, 2012) was that the registration of the subject domain name constituted an act of unfair competition, was contrary to good morals and posed a danger to the rightful owner’s interest.

In light of these cases, registering a third party’s name as one’s own domain name may be a risk. A registrant is likely to face claims on the basis of the Law on Industrial Property (infringement of trademark rights) or the Law on Combating Unfair Competition.

Besides, other claims are possible, namely for infringement of personal assets based on the Civil Code if a domain name is also a party’s company name (“a domain name shall constitute personal assets if it identifies the owner”—judgment of the Conciliation Court in Cracow, March 1, 2012). As can be seen, domain name owners are well protected with a whole range of means in hand under the laws on industrial property and unfair competition.