Why hating the DMCA is a bad idea 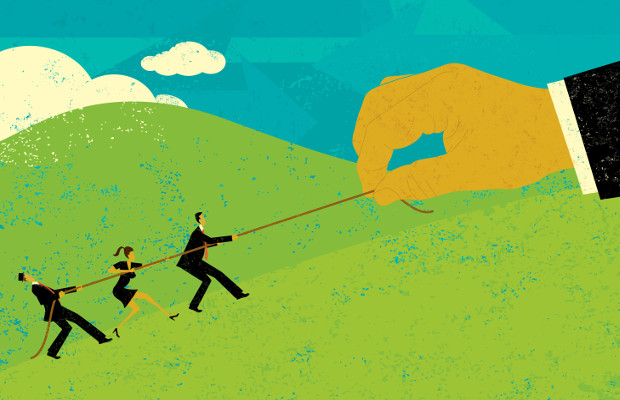 In a judgment handed down at the US District Court for the Eastern District of Virginia late last year internet service provider (ISP) Cox Communications was fined $25 million for wilful copyright infringement.

The ruling stemmed from Cox’s customers’ use of its broadband service to distribute infringing copies of thousands of songs.

Cox was sued by music publishers BMG Rights Management and Round Hill Music. Crucial to this result was the court’s earlier ruling on summary judgment, which stripped Cox of the safe harbour provisions available to ISPs under US copyright law due to overwhelming evidence that, in order to avoid losing revenue, Cox had systematically failed to terminate customers it knew were repeat infringers.

The Digital Millennium Copyright Act of 1998 (DMCA) added a crucial safe harbour provision to the US Copyright Act, insulating various types of ISPs that act as mere conduits of data from claims of copyright infringement arising from customers’ infringing use of their services.

Among various prerequisites for the protection of the safe harbour is the requirement that ISPs “adopt and reasonably implement” a policy that provides for termination “in appropriate circumstances” of repeat infringers.

When sued by the plaintiffs on a secondary liability theory for the infringing file-sharing of certain of its customers Cox attempted to invoke the safe harbour, but the court granted the plaintiffs partial summary judgment, ruling that Cox was ineligible for the defence because it had failed to reasonably implement a repeat infringer policy.

The court’s ruling was based on copious evidence, including many internal Cox emails liberally quoted in the decision, which led the court to find that there was no factual dispute that while Cox publicly purported to have a repeat infringer termination policy, it privately disparaged and intentionally circumvented the DMCA’s requirements.

Pursuant to Cox’s policy, a customer was considered a potential repeat infringer only if it received more than one claim of infringement by that customer within a 180-day period.

If a second claim was not received within that period, the count went back to zero. If two claims were received, Cox sent the customer an email warning. The same warning was sent for the third, fourth, fifth, sixth, and seventh complaints. On the eighth and ninth infringement notices, the customer’s account was “suspended”, meaning that the customer’s internet access was limited to a single webpage that displayed a warning message but allowed reactivation of full access merely by clicking a link on that page. On the tenth through 13th notices of infringement, the customer’s account was suspended but the webpage instructed the customer to call customer service to request immediate reactivation.

Only after the 14th notice of infringement would Cox consider actual termination of the customer, and even then termination was discretionary.

The court found that in practice, that discretion was rarely exercised. Rather, customer service representatives were urged not to terminate paying customers.

Many of the most damning emails cited and quoted by the court were written by Jason Zabek, Cox’s manager of customer abuse operations, who repeatedly instructed his staff to avoid actual terminations at all costs so that the company would not lose the revenue, even when the company believed that the customer would continue infringing copyright.

Cox was notably more lenient with copyright infringers than it was with spammers and hackers, because it viewed those activities as harming Cox’s network, whereas infringement did not.

“This demonstrated that Cox’s repeat infringer termination policy was a sham and that no reasonable juror could find that Cox satisfied the requirements for the safe harbour defence.”

In the court’s judgment, Zabek was quoted as allegedly saying in an email: “We have been turning customers back on who have been terminated for DMCA complaints. As long as our process of warnings, suspen[sion], then termination is followed, we can turn the customer back on and start the DMCA count over. During this time, as we try to keep customers and gain more RGUs [revenue generating units] it is important to try to balance the needs of the company with the protection of the network. DMCA does not hurt the network like denial of service attack, spam or hacking. It is not something we advertise however.”

Another email said: “… if the customer has a cox.net email we would like to start the warning cycle over, hold for more, etc. A clean slate if you will. This way, we can collect a few extra weeks of payments for their account. ;-)”

In another email not quoted by the court but reportedly shown to the jury at trial, Cox’s views on the DMCA was highlighted by Zabek’s exclamation of “F*** the DMCA!”

The court found that this, and an overwhelming amount of similar evidence, demonstrated that Cox’s repeat infringer termination policy was a sham and that no reasonable juror could find that Cox satisfied the requirements for the safe harbour defence.

Stripped of that defence, Cox went to trial and after being presented with the same evidence of Cox’s conduct the jury returned a verdict of wilful copyright infringement and an award of $25 million in damages.

The DMCA’s safe harbour provisions provide an important safeguard for legitimate businesses that may, through no fault of their own, inadvertently facilitate infringing conduct.

In this case, it appears that Cox had not only failed to reasonably implement a repeat infringer termination policy as required by the DMCA, but had put in place policies specifically designed to subvert that requirement for the purpose of maintaining revenue.

In this context, the large damages award is not surprising. This is an extreme and unusual case, as the majority of ISPs devote substantial resources to following the letter and intent of the DMCA.

This verdict is proof that the safe harbour provisions continue to work and strike an appropriate balance between the rights of copyright owners and those of consumers and ISPs. The verdict also demonstrates that if companies intend to rely upon the shield of the DMCA’s safe harbour they must operate in good faith, respect the rights of copyright owners, and follow all the statutory prerequisites.

Paul Fakler is a partner at law firm Arent Fox. He can be contacted at: paul.fakler@arentfox.com