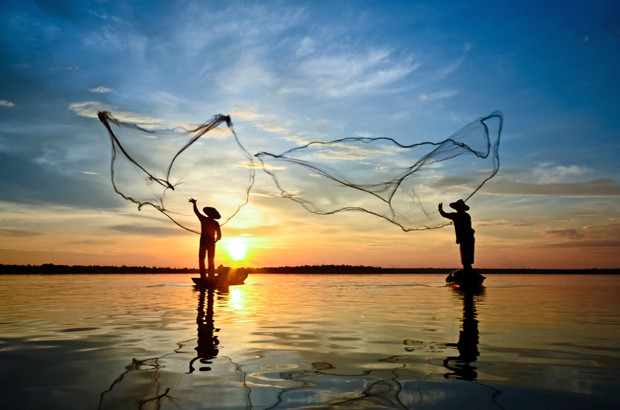 Dot Shabaka is operating an Arabic-language generic top-level domain, the first in a non-Latin script. TBO spoke to general manager Yasmin Omer about why the project is so important.

If you’re an Arabic-speaking Internet user, the chances are that your online experience could be described as second class: you rely on search to navigate the web and there are few top-level domains (TLDs) in your language. If you’re an English speaker, on the other hand, using the Internet is easy—it speaks in English—and that’s something you take for granted.

So says Yasmin Omer, general manager of Dot Shabaka, which is operating the ةكبش . generic TLD. Pronounced ‘shabaka’ and meaning ‘web’ in Arabic, it was the first gTLD in a non-Latin script to go live on the Internet.

“The Internet in Arabic is referred to as ‘shabakat al Internet’, which means the ‘Internet web’, so there is an instant recognition between ‘shabaka’ and the Internet, to the point where people now just say ‘shabaka’ to refer to the Internet,” Omer explains.

Aimed at “reinstating” the use of Arabic online, the project has personal roots for Omer, a registered trademark attorney in Australia but a native Arabic speaker and now a Middle East resident.

“To us it was a no-brainer: it’s a project of passion that allows me to give back to the community, providing a tool to those who have been previously marginalised by the use of English on the Internet,” she says.

There are already Arabic domain names representing countries such as Qatar and the United Arab Emirates, but they are targeted only at residents of those nations. In contrast, the ةكبش . domain is not restricted to a country or even the Middle East region itself—it’s aimed at anyone who speaks Arabic.

“It really is about the language,” Omer explains. “There are Arabic-speaking people are all over the world, and while we are based in Dubai and focused on the Middle East region, we are targeting all Arabic-speaking Internet users. There are about 300 million—it’s a huge market.”

Because English is written from left to right but Arabic flows right to left, Dot Shabaka accepts website registrations only in Arabic, as “otherwise, from a usability point of view it wouldn’t work”, says Omer. As a result, Western brands seeking to protect their trademarks under ةكبش . had to submit them in Arabic to the Trademark Clearinghouse (TMCH).

When the ةكبش sunrise period was open, from October to December 2013, there were about 17,000 records in the TMCH. Of those, about 20 were in Arabic, says Omer, which “hugely reduced the number of registrations we could get”. Five brands including Google, Rolex and “a couple of others” then took the next step of registering their marks in the ةكبش sunrise, she says.

“The TMCH wasn’t really promoted locally, so it was a combination of the market and a marketing problem,” she explains of the lack of brand registrations.

The sunrise period was a mandatory rightsprotection mechanism (RPM) for all gTLD registries to observe, but some registries have gone further by adopting additional tools. Dot Shabaka, however, has not followed this trend, with Omer saying the existing mechanisms for dealing with cybersquatting are “robust”.

She adds: “It’s quite difficult to come up with RPMs for an Arabic internationalised domain name (IDN) and it’s quite tempting to apply other RPMs used by ASCII (American Standard Code for Information Interchange) registries. It’s a completely different market.

“We are committed—it’s in our best interests— to minimising cybersquatting. It’s important to note as well that we might be liable if we consistently engage in behaviour that doesn’t respect the legal rights of others,” she argues.

With the registry now selling domain names to the public, Omer says she is on the brink of implementing a “multi-million dollar” marketing campaign.

“We made a point not to implement this before the sunrise or the landrush period, because the message is too confusing and there were already lots of obstacles to overcome,” she explains.

Omer does not have any specific sales targets in mind, because that’s “not how we define success”. Instead, her mission is to help build an environment that provides an Arabicspeaking Internet user with an “end-to-end experience”.

“It’s broader than just having a huge number of registrations,” she says.

Building such an “end-to-end” experience— starting from the Dot Shabaka registry and working down to a registrant—requires having a middle entity, a registrar, to sell domains. That sounds obvious, but one of the biggest challenges facing Dot Shabaka is the lack of Arabic-only registrars in the market.

“There are lots of registrars internationally but we still don’t have a registrar from the MiddleEast region that is able to provide a full end-to-end Arabic interface. Registrars need to be accredited to ICANN and sign the 2013 agreement, which is quite new, so there is a certain level of education ICANN needs to do,” Omer says.

“It’s very important to build an Arabic-only interface, and our biggest challenge is that we don’t have that right now. Even if we were to have it in the next six months, we still only have about two or three [Arabic] gTLDs in the pipeline. There is a huge need to build capacity in the region and I want to help do that,” she says.

It is a noble aim, you might say, and Omer claims that by tapping the “tremendous” potential in the Middle East, Dot Shabaka and others can cement a strong Arabic identity in the region.

“Obviously we need the support and understanding of the regulator (ICANN) and governments, but we need to step up and build capacity because if we don’t we won’t own the region—someone else will. The potential is there, and someone else will definitely come in and fill that gap.”

Of course there are other motives behind this drive to build capacity—financial ones. Without the support of its sole audience, the Arabic market, Dot Shabaka would be a failure.

“Companies like mine have to make it a success, we have to invest. It’s not an option. If we don’t invest in it then I won’t be here in a year,” Omer says.

“The injection of new blood into the domain name industry in the region will lead to building a robust industry; our existence as an organisation ultimately depends on it.”

There are other gTLDs in Arabic, such as .abudhabi ( يبظوبا ) and .arab ( برع ), but Omer says that the difference is that .abudhabi is a geographical term and .arab relates mainly to a culture, not necessarily a language as well.

Supporters of the gTLD programme often cite IDNs as a major justification for expanding the Internet’s address book: they provide new opportunities to hundreds of millions of people. The ةكبش domain, although in its infancy, is part of a mission to open up the Internet to Arabic speakers and simultaneously build a strong system to support that market. With a target audience of 300 million people and perhaps years before any major competitors arrive on the scene, the ةكبش domain may earn Dot Shabaka a sizeable financial reward for its efforts.