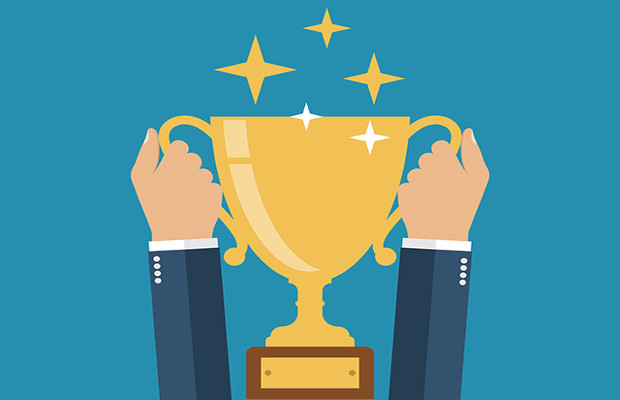 In the latest round-up of UDRP decisions, TBO brings news of victories for Philip Morris, Lego and Hugo Boss.

You could be forgiven for assuming that tobacco company Philip Morris, children’s toy maker Lego and fashion brand Hugo Boss would never appear in the same sentence together—unless, that is, you are talking about the World Intellectual Property Organization’s (WIPOs) Arbitration and Mediation Center.

All three companies were victorious in early August at the center, which adjudicates domain name disputes under the Uniform Domain-Name Dispute-Resolution Policy, managing to convince panellists that bogus domain names had been registered with the intention of causing confusion.

Philip Morris USA, the US arm of Phillip Morris International, took issue with the domain names philipmorris.live and philipmorris.online, which had been registered by US resident Elijah Etame.

According to the decision Etame could not demonstrate any rights or legitimate interests in the domains and could not prove that he was ever “known by any name or trade name that incorporates the mark”.

“The word ‘city’ is merely a dictionary word. Dictionary words do not normally have the capacity to distinguish a domain name from a trademark.”

Philip Morris added that the inactive nature of the websites supported a conclusion of bad faith use.

Sole panellist Timothy Casey, said in his ruling: “Misappropriations of the mark were done wilfully with the intent of drawing internet users to respondent’s websites by capitalising on an association with the mark.”

Casey added: “Respondent’s failure to reply and contend otherwise, and the lack of any evidence of possible good faith use leaves the panel with no choice but to find the disputed domain names were registered and have been used in bad faith.”

The complaint was filed on May 13, 2016 and the decision published on August 3.

Most readers will recognise a piece of Lego when they see one. We will stop short of assuming that you have played with one—we are not here to judge!

The Denmark-based brand filed its complaint in June this year against Korea resident Park Kyeong Sook.

Unlike the Philip Morris case this dispute centred on just one domain: lego-city.com.

Lego claimed that the disputed domain name was confusingly similar to its trademark for the term ‘Lego’.

“The dominant part of the disputed domain name is identical to that trademark,” the complaint said, adding that the suffix ‘-city’ detracts from the overall impression.

“The word ‘city’ is merely a dictionary word. Dictionary words do not normally have the capacity to distinguish a domain name from a trademark,” Lego said.

The complaint added that the domain is “parked” at a webpage that displays links to other websites, many of which offer for sale toys and games unrelated to Lego.

Park did not respond to Lego’s contentions leaving sole panellist Matthew Kennedy with the decision to transfer the domain.

“The panel has already found that the disputed domain name is confusingly similar to the complainant’s ‘Lego’ trademark,” Kennedy wrote, in a decision published on August 9.

He added that Lego was the owner of “multiple trademarks” for the term including a European Union Trademark and a trademark in Korea.

Marc Rachman, partner at law firm Davis & Gilbert, says the decision is important as it makes it clear that “parking schemes”, often used by cybersquatters, can be addressed under the UDRP.

“The purpose of such an enterprise is to divert consumer traffic that is searching for the brand’s products into purchasing competing products, improperly trading off the goodwill that the brand owner has developed in its brand.”

He adds: “Lego’s success in obtaining a transfer shows that a vigilant brand owner can use a UDRP proceeding to stop a domain name parking scheme aimed at diverting traffic away from its brand.”

Claiming a valid interest in registering a well-known name such as ‘Hugo Boss’ was always going to be a hard task and that’s exactly what the next respondent found.

The Germany-based company filed a complaint on June 3 against respondent Irfan Butt. It said the domain name hugoboss.site could cause confusion with its ‘Hugo Boss’ trademarks and that Butt had no rights or legitimate interests in the domain and was using it in bad faith.

Hugo Boss registered an international trademark for its name in April 1987. Butt did not reply to Hugo Boss’ complaint.

Lowe said Hugo Boss had “undoubted, uncontested rights” to the ‘Hugo Boss’ trademarks and “leaving aside” the generic top-level domain suffix ‘.site’ it is identical to the Hugo Boss trademarks.

Further, he said, Hugo Boss had presented a prima facie case and the respondent had no rights or legitimate interests in it.

Chris McLeod, partner at law firm Elkington & Fife, says the decision will be of comfort to brand owners because it “confirms that, where there is no feasible reason for the registration of a domain name other than to take unfair advantage of a third-party mark, the UDRP will find in favour of the trademark owner”.

“In this case, the ‘Hugo Boss’ mark is so well-known that the decision was always likely to be in favour of the complainant.

“An interesting point is that the decision confirms that ‘active use’ of the domain name is not always required for a finding of bad faith and that the ‘passive holding’ of a domain name may be sufficient.”