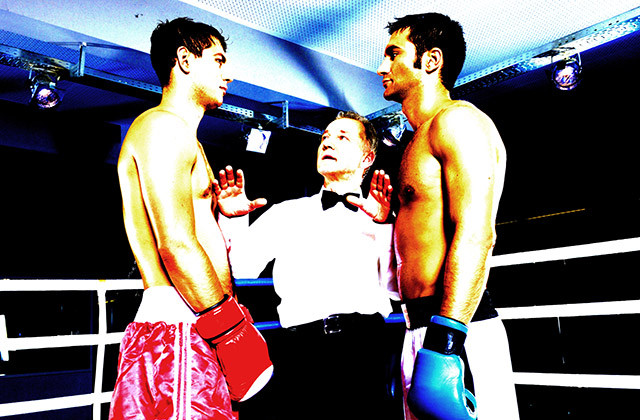 WIPO’s Arbitration and Mediation Center strives to provide quality services that benefit all stakeholders in the domain name system. Brian Beckham, head of the internet dispute resolution section, spoke to TBO about what’s in store for 2015.

During 2014—15 years since the Uniform Domain-Name Dispute-Resolution Policy (UDRP) was born—the World Intellectual Property Organization (WIPO) received its 30,000th case. Over the year, 2,634 domain name cases were filed with the centre, including 849 from the US, the biggest source of cases.

WIPO, through its Arbitration and Mediation Center, provides UDRP and related services. The UDRP includes disputes under all generic top-level domains (gTLDs), including all the new gTLDs, and its related services cover more than 70 country-code TLDs (ccTLDs) such as .fr (France) and .mx (Mexico). In addition, the WIPO ccTLD database contains links to the websites of 252 ccTLDs, allowing brand owners to determine the availability of a registration agreement, the existence of a Whois service and the adoption of alternative dispute resolution procedures.

“While balancing the centre’s resources for providing services on a not-for-profit basis remains an interesting challenge, we have, along with IT tools including a purpose-built case database infrastructure, a highly motivated team of capable young lawyers and support staff from around the world who help manage our thousands of cases,” says Brian Beckham, head of the internet dispute resolution section.

“This contributed to higher filing numbers in 2014 compared with 2013 (there were about 50 more cases in 2014 than in 2013). With new gTLDs continuing to come online, we expect this share to increase over time.”

In November, eBay complained about the second highest number of domains in a single UDRP case, shining a light on the sometimes large number of web addresses that WIPO has to deal with in one case.

“The eBay complaint concerned 1,153 domain names, all of which were transferred to the online retailer in January. The largest UDRP case at WIPO—filed by Six Continents Hotels—involved the transfer of 1,519 domains (although the hotel company had complained about 1,542),” Beckham says.

“Parties are finding the UDRP to be extremely efficient for reclaiming large numbers of domain names: more than 150 cases have been filed with WIPO concerning more than 20 domain names, and more than 50 cases dealing with more than 50 domains.

“The cross-jurisdictional nature of the UDRP (further complicated in some instances by the use of privacy or proxy services, or simply aliases) continues to make it an efficient alternative to litigation.”

Looking ahead, Beckham says “it is always difficult to predict UDRP case trends, particularly with the advent of new gTLDs”.

“On the one hand, some brand owners have expressed an intention to reconsider their domain name portfolios, particularly in terms of defensive registrations. On the other hand, with hundreds of new gTLDs offering third party registration possibilities, and renewed brand owner attention to ccTLDs, businesses will be assessing how best to manage new potential opportunities as well as infringements,” he says.

Taken together, Beckham explains, this could mean that brands make an even more selective UDRP filing strategy.

"The cross-jurisdictional nature of the UDRP (further complicated in some instances by the use of privacy or proxy services, or simply aliases) continues to make it an efficient alternative to litigation.”

He adds: “In terms of substance, we see more allegations of counterfeit activity in recent years, and we are also receiving allegations of other types of fraudulent activity such as phishing scams.

“Concerning procedure, with the advent of new gTLDs in particular, filing parties may be looking more closely at options for consolidating cases. Also, the use of privacy and proxy services continues to feature in around a quarter of UDRP cases, where the centre and panellists regularly apply accepted procedures to address such services.”

Beckham says that he expects ICANN’s “long-overdue implementation in 2015 of a common sense definition” of a ‘registrar/UDRP lock’ (preventing a registrar from allowing a registrant to transfer a domain to another registrant during a UDRP case) for addressing cyberflight, which is a cybersquatter’s intentional transfer of a domain name to evade legal pursuit, and registrar misinterpretations of the UDRP rules.

“This should in principle prevent certain registrants from trying to remove their names from the registration database in UDRP proceedings,” he says.

An expected review of the UDRP is clearly one of the big issues facing WIPO, although the process is on hold for a few months.

“ICANN staff have requested a six-month time extension to prepare their preliminary issue report on all rights protection mechanisms (RPMs)—including the UDRP and those specific to new gTLDs, such as Trademark Clearinghouse-facilitated sunrise periods and claims notices. They also published a draft review report focusing only on the RPMs established as safeguards in the new gTLD programme,” Beckham says.

“While ICANN is certainly busy with discussions around its institutional future, the need for a time extension also underscores the complexity of ‘reviewing’ the UDRP. As the WIPO Arbitration and Mediation Center stated in 2011, the issue is not whether the UDRP can be improved, but whether it could effectively survive an ICANN process nominally directed to that end.”

WIPO, he says, will naturally take great interest in any ICANN review (or revision) of the UDRP, but he adds: “ICANN and its many registration stakeholders should be wary of any such review which—through recycled committee processes, open-microphone lobbying and line-item horse-trading—risks destabilising the UDRP as an alternative to the courts.”

As Beckham notes, from WIPO’s perspective, as illustrated by the nearly 50 (substantive and procedural) jurisprudential developments recorded in the WIPO jurisprudential overview, the UDRP has been “doing its intended job and within a degree of flexibility envisaged in its original framework”.

Asked about the common difficulties trademark owners face when dealing with the UDRP, Beckham says actually that brand owners that have been unable to transfer an infringing domain name on agreeable terms often find that the centre’s provision of a settlement option achieves the desired transfer with added time and cost savings.

“Uniquely among UDRP providers, WIPO refunds the panel portion of the case filing fee (typically $1,000), and while the figures vary from year to year, this occurs in nearly a quarter of WIPO cases.

“Some more practical areas of UDRP case management such as paperless e-filing directly result from the centre’s involvement in ICANN policy, and WIPO has made active contributions to ICANN’s defining of ‘registrar lock’ in UDRP cases,” he says.

For complainants and respondents, he adds, WIPO provides a range of resources—from model pleadings, to a searchable online legal case index, to the oft-cited WIPO overview of WIPO panel views on selected UDRP questions, now in its second edition.

As the leading UDRP provider by market share for some time now, WIPO is generally seen as providing a trusted forum for resolving domain name disputes.

Beckham says: “From creating the blueprint for the UDRP to its continuing case administration and policy involvement, jurisprudential overview, and workshops and panellist meetings, WIPO strives to provide quality services that benefit all stakeholders in the domain name system.

“Much of this underscores the role of the centre and its panellists as UDRP ‘thought leaders’. A somewhat fortunate and satisfying by-product of this substantial effort is that—even when insisting on its own high standards—WIPO has also been the leading UDRP provider in terms of market share,” he adds.

“The key attraction of the UDRP lies in its uniform and contractually applicable global reach: the UDRP is the one bedrock applicable across all TLDs, new and old.

“Additionally, publicly accessible panel decisions are implemented (absent a relevant appeal to a national court) directly by the registrar, while parties avoid costly and time-consuming litigation in unfamiliar jurisdictions around the world (this includes registration authorities that rely on the stability of the UDRP system as trademark owners’ primary avenue of redress).

“Finally, there are a host of WIPO resources such as the jurisprudential overview to support its overall framework.”