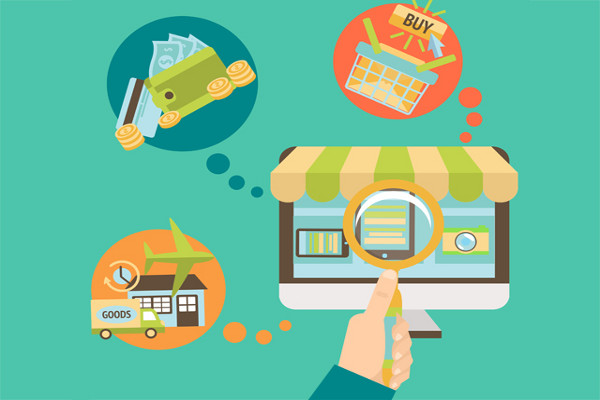 Allowing viewers to click on and even buy a product in an online video enables brand owners to connect with their customers in increasingly interactive ways. TBO met Steve Callanan of Wirewax, a provider of this service.

The video starts and the music plays. The dancing model wears a jumper you like and you click on a tag hovering over it. It’s an NYC Sweatshirt, it costs £80 and it’s good for autumn days. You click through to the website and you buy it—it’s as easy as that.

Tommy Hilfiger’s advertisement is an example of a ‘shoppable’ video, where tags and links allow brands to engage with their consumers on increasingly interactive levels. Without the tags or links you would have had to search manually for that jumper, and you might have spent your £80 elsewhere.

The brains behind this video—and many others like it—is Wirewax, a four-year-old company with offices in London and New York. It was founded by Steve Callanan, who for 10 years ran a production company that made content for everyone from broadcasters to brands.

“Wirewax is an interactive video tool born of necessity,” he says. “It was really with the brands that Wirewax came into its own. Branded online short-form content would often feature products that the client would be trying to sell, such as how-to videos for make-up brands. But the connection between the product and navigating the journey to buy was left in the hands of the viewer. They would be expected to find and fulfil buying a product themselves, which seems crazy for a video inside a super-connected web.”

Creating a video where a viewer can click on a featured product seemed an “obvious” extension of the viewing experience, says Callanan. “Turning this concept into a what-you-see-is-what-you-get editor automated motion-tracking and intelligence was where the work really came in," he adds.

"Today, Wirewax is used by thousands of users, including hundreds of brands such as River Island, Target and Nike, through to Universal Music and the BBC.”

Brand owners, particularly those in the retail and fashion industries, want ‘shoppable‘ video, Callanan says, allowing them to “add product information to the lip gloss that’s being used or expand on information about a new character when a viewer clicks on a rising star in a new trailer”.

"These are just some of the many things that can be done. We also see a growing contingent of media and publishing users looking to differentiate their content with highly engaging and immersive interactive experiences,” he says, showing that Wirewax is not all about brands.

Indeed, the tool is aimed at just about anyone who makes video, from the professional in his studio to the teenager in her bedroom. To start, you simply drag and drop a video into wirewax. com or paste a link from a video-sharing site such as YouTube or Vimeo. Wirewax then analyses the video, automatically finding and tracking the faces before preparing it for a user to add his or her own tags. The process of adding tags is similar to tagging someone in a Facebook photo, says Callanan: “You draw a box around the object, press go and our automated systems do the rest, allowing you to add your own overlays.

"It’s designed to be very simple and efficient,” he says. “There’s really no reason why videos should be dumb and abstracted from the web around it. This is the biggest and most influential medium of our generation, yet computers don’t understand that a bunch of pixels represent a friend of yours or a product you may be interested in. There’s value in making those connections for everyone.”

Being able to add motion-tracking tags to a moving person or object is the starting point of any interactive video, argues Callanan, and it motivates viewers to engage in the ‘actual’ objects that interest them.

"One of the benefits of Wirewax is generating high interaction that can be used commercially. That, we all hope, means a realistic alternative to pre-roll adverts, which appear at the beginning of an online video, and interstitial adverts, those at the middle or end, and a move towards viewer-motivated targeting.”

Wirewax makes money by licensing its expertise. “With companies who pay to customise their interactive assets, every video has a tag (the hotspot) and an overlay (what appears when you click),” explains Callanan. “They can be anything from simple product panels feeding data from an e-commerce system through to an animated experience. Those are built for clients and licensed for use on the platform.”

Four years after launching, Wirewax has seen some big names come on board and the software is now going mainstream, Callanan says. “Users range from high street retailers to household television networks, all of which are working with us today but also see promise in what we’ve trying to achieve tomorrow. ‘Intelligent video’ is a core building block of everything we’re doing towards changing the way we consume content.”

The company has more miles in the tank, especially as this is an “evolving medium that is just beginning to show the full potential when connecting video to the rest of the web”, explains Callanan.

"Moving this technology into the home with our manufacturing partners and lowering the bar for people to create their own experiencesare natural steps and part of our growing roadmap.”

The company has a number of patents and designs covering the tool’s methodology and elements helping to create its “fluidity”, but “we don’t sit around hoarding and inventing things just to patent—IP is a consequence of our striving development, rather than a focus for it”, says Callanan.

As in any technology industry, Wirewax has to steer clear of infringing others’ IP, a mindset that is reinforced by the current mobile manufacturer sagas employing countless law firms day-to-day, notes Callanan.

He says: “We strive to deliver a great product, and we build everything ourselves. The natural by-product of that, alongside our specialism, means we have less trouble than most with infringing IP—but it is something we remain vigilant on.”

In a world where people are encouraged to manipulate video content—which could be someone else’s property—Wirewax must be wary of the threat of a copyright dispute. But, as the terms of use section explains, the company commits to pulling down any infringing content on request.

“While we expect you to use Wirewax to its full potential, uploading content that infringes any copyright laws or is subject to any third party proprietary rights is a bit naughty, and doing so many times will result in the content being disabled or removed and your losing some or all of your user privileges,” the terms say.

"If you plan on uploading any content that is deemed pornographic, harmful, threatening, indecent, defamatory, libellous, unlawful or likely to offend us or other users or visitors to remote websites using the embedded player, then you will also be in breach of this agreement and we reserve the right to remove or disable content at any time without letting you know first.

“You may also lose some or all of your user privileges and may even have your account removed. So keep it clean please,” they add.

Users themselves enjoy copyright protection over their own videos, which is “quite right”, the terms say, “but all the Wirewax stuff you do to it belongs to us”.

Whether it’s a student working on a project or an advertising team trying to please their bosses, anyone can use Wirewax. And if you just want to buy a jumper online, it might cater for your needs, too.