With bated breath: are brand owners ready for the new Internet? 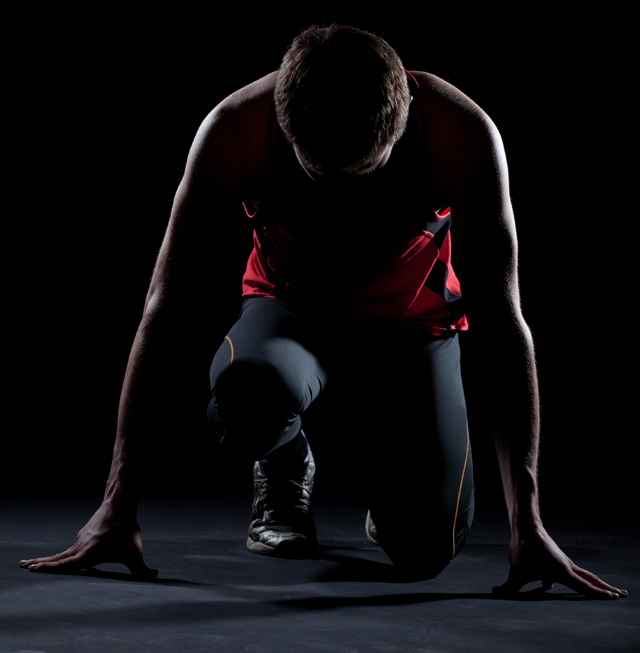 As the launch of the first new generic top-level domains draws nearer, brands should be finessing their protection strategies now, as TB&I finds out.

It feels like a long time since June 2012 when ICANN, in a cramped room near London King’s Cross train station, revealed nearly 2,000 gTLD applications. Even longer, no doubt, for those who applied for a domain and have been waiting patiently as targets have been missed and deadlines pushed back.

Now, with the first sunrise periods set to open in October 2013, brand owners should be sharpening their strategies for dealing with an expected rise in online infringement.

“New gTLDs aren’t going anywhere,” says Patrick Flaherty, assistant general counsel at telecoms company Verizon, “so it’s important to get ready for what’s coming, whether you have applied for a .brand [application] or not.”

Flaherty, speaking alongside Winterfeldt on the webinar, says the Trademark Clearinghouse (TMCH) is an important tool for brand owners. In the first instance, the centralised database of trademarks, which all new gTLD registries must plug into, provides a one-stop shop for using individual sunrise periods. Once a trademark is validated by the TMCH, a brand owner can pick in which sunrise periods it wishes to register that trademark.

Of course, this will be a costly business: there will be around 600 ‘open’ gTLDs—available for public registration and which pose the biggest threat of cybersquatting—making it virtually impossible to register domain names defensively in all gTLD sunrise periods.

In the past, rights owners took more of a scattergun approach to defensive registrations. This was in part due to the unpredictable nature and lack of rights protection mechanisms of many country-code TLD (ccTLD) operators and a lack of sophisticated technology, says Flip Petillion, partner at Crowell & Moring LLP.

Now, he says, “blanket registration in the potential 600 open gTLDs is simply not an option or an effective way of protecting rights”.

Flaherty says Verizon has already been working with watch companies, which work by scouring gTLD registries for domain name registrations matching a trademark or brand. He says Verizon plans to register terms that “are of concern to our industry”, especially those picking up large amounts of Internet traffic.

“High performing domains give a good gauge and watch services give a good opportunity to assess where to register,” he says. “It’s important to track the value of a registered domain—and if it is not picked up by a third party or doesn’t generate much traffic, it might not be of much use.

“The focus will be on core house brands,” he says.

Of course, not all rights owners work with watch service providers, so now might be the perfect time to start knocking on their doors.

Winterfeldt says: “This is a really good opportunity to evaluate the service providers in this space, and if you don’t have them, it’s a good time to engage them.”

Watch companies can help rights owners to implement a considered and effective strategy before the first gTLDs launch, Petillion says.

It's hard to imagine that cybersquatters are worrying too much about existing precedents in UDRP disputes. Bad actors will act if they want to.

“Having an understanding of which trademarks to add to the TMCH and which domain names to register under new gTLDs will allow brand holders to focus on overall protection through monitoring and seize the opportunities that the gTLD programme represents.”

Indeed, brand owners should not just be viewing new gTLDs with fear—there is a chance here to reap the rewards of the explosion in domain name registries.

Stéphane Van Gelder, chairman of Stéphane Van Gelder Consulting, which helps companies manage their domain name portfolios, says brands should be going through the list of gTLD applications and identifying which registries may be attractive from a business angle.

“Understand what TLDs are coming and when. Talk to, and work with, experts to put together a naming strategy that allows you to reap the benefits without your domain name registration budget skyrocketing.

“You want to look at the opportunities. It’s very important not to forget that and not to sit in a corner waiting for the sky to fall on your head. There is an element of risk but there is a really big element of opportunity.”

One of the major benefits of the new gTLD programme is the “opening up of new space”, Van Gelder says.

“Good names are not always available, especially in .com. The gTLDs provide more room for people to coexist. Brands have traditionally attacked the domain name panorama with the aim that they have to secure domains in all TLDs. I want to move away from that: there can be a coexistence of terms (as in the trademark world). There can be more room to manoeuvre.”

Second, he says, the gTLDs encourage businesses to make a “targeted approach” to their customers and audience, providing the option of a clearly orientated .sport domain, for example, compared with a more general .com.

Google and Amazon’s large uptake of gTLDs shows that companies do realise the gTLD programme offers opportunities, Van Gelder says, though he admits that many companies will still be “pulling out their umbrellas and waiting for it to rain”.

There is still a large amount of uncertainty about how the whole programme will play out, and some brands undoubtedly fear that they will be attacked by cybersquatters from all angles.

Once registries go live, rights owners will be able to use the TMCH’s 90-day trademark claims period, which acts, in effect, as a basic watch service. Internet users trying to register a domain incorporating a TMCH mark will be warned about potential cybersquatting. If a domain is registered, the rights owner will also be notified.

Flaherty says the claims service will be a “handy tool” for seeing who is attempting to register domains incorporating Verizon’s name, although “obviously, cybersquatting doesn’t stop after the 90 days” he says, so watch services will still be required as a part of a company’s antiinfringement strategy.

Flaherty notes, however, that the costs of watch services will rise as specialist companies are forced to monitor brands across an increasing number of registries. This means Verizon, as well as other companies, will need to “prioritise” which domains it takes action against through either a warning letter or a Uniform Domain-Name Dispute-Resolution Policy Dispute (UDRP) complaint.

The UDRP is a longstanding and trusted tool for resolving disputes between trademark ownersand domain registrants, but it will sit alongside a new mechanism under the gTLD programme: the Uniform Rapid Suspension System (URS).

Targeting blatant cybersquatters, the URS acts more quickly and is cheaper than the UDRP. But, unlike the UDRP, it does not suspend a domain name—it renders it unusable until its registration period lapses. Th at means someone can be found guilty of cybersquatting under the URS, but could re-register the domain years later.

Whether the URS will be effective is hard to say until we see it in action, Petillion says.

“It’s too early to see the benefi ts of the URS; on paper we know them, but in practice we wait to see. The National Arbitration Forum (the first URS provider) is pretty well prepared, with an accessible platform for panellists which is comparable to the existing UDRP platform, but the proof of the pudding will be in the eating.”

He adds: “People will continue to use the UDRP, no doubt.”

There is a “vast” case law of UDRP cybersquatting disputes, Petillion says, mainly in the .com and .info spaces, and others in the ccTLD world.

“You would expect people acting in bad faith to take lessons from this case law and refrain from registering in bad faith, as they will inevitably be confronted by the URS or UDRP,” he says.

But it’s hard to imagine that cybersquatters are worrying too much about existing precedents in UDRP disputes. Bad actors will act if they want to. What’s more, the financial burden in UDRP disputes is on the brand owner. For cybersquatters, who often don’t respond to UDRP complaints anyway, the only financial risk is losing the source of revenue from the disputed domain if it is transferred. In some cases they even make money: when rights owners pay them an amount lower than the cost of a UDRP dispute to hand over a domain name.

Further, much of the debate about online infringement and the eff ectiveness of rights protection tools centres on the assumption that new gTLDs will induce more cybersquatting. Logic would say yes—there will more than 1,000 new registries, greatly widening the scope for infringement.

However, many registries could flop, attracting tiny amounts of domain registrations and even smaller amounts of cybersquatting interest.

Consumer awareness of, and interest in, new gTLDs is very low at the moment, so it may be a long time before rights owners face a serious threat to their brands in the new space.

In the business world, too, there is still a lack of awareness about what’s coming. This is why obtaining advice now on protecting brands as well as realising the opportunities gTLDs provide is crucial for rights owners.

“The players in the business economy need to understand what the gTLDs are about. The big costs related to gTLD registration have made people think this is a way to make money, about why is this happening, why is ICANN in charge—the usual debates—but the real thing to focus on is ‘what I need to do here’,” says Petillion.

“Try to understand this, get the proper advice and see what your options are.”

Winterfeldt adds: “It’s important for everyone to realise that this is not a one-size-fits-all process.”

Brand owners may disagree with the programme, they may embrace it or ignore it, but their business will be aff ected by it. Now is the time to act, before the world wakes up to gTLDs.