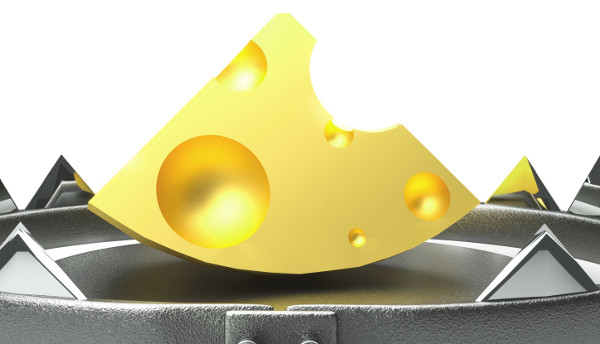 Making an enduring impression in the notoriously short-lived world of social media is arguably behind the success of Wyke Farms’s now-trademarked ‘Free Cheese Fridays’ campaign. TBO examines the implications for protecting the cheese maker’s IP.

The life expectancy of most social media campaigns is very short. Biscuit manufacturer Oreo’s intervention during the power outage at the Super Bowl in 2013 had only a brief life. During the blackout, the company tweeted “Power out? No problem” with an accompanying picture of an Oreo lighting up a dark background. Underneath the image was the tagline “you can still dunk in the dark”, with the company reassuring customers that the consumption of Oreos is not contingent on how much light is available.

The intervention generated 15,000 re-tweets, ultimately raising the profile of the brand as interactive and good-humoured. The time-specific nature of the tweet, however, meant it had only a limited time to stay in the public imagination. Social media are increasingly central to brands’ advertising campaigns, and this may force them to be more imaginative as they look to cement themselves in the public imagination for a longer period of time.

Making a lasting impression is arguably behind the success of Wyke Farms’s ‘Free Cheese Friday’ social media campaign which, as TBO has reported, has been registered as a trademark in the UK. After the mark was registered, the cheese maker announced that it was the first trademark to be registered based on the strength of a social media campaign. The company had circumvented the usual route of taking a registered trademark and then deploying it as a hashtag.

Established in 2010, the ‘Free Cheese Fridays’ campaign has run every Friday across the company’s Facebook and Twitter pages, rewarding a respondent chosen at random with free cheese. The competition has doubled in size every year and now approximately 25,000 people enter every month.

Rich Clothier, managing director of Wyke Farms, tells TBO he wants to take it further. It is clear to him that doing that requires adequate IP protection for what is now the slogan of the campaign.

But Clothier has anticipated the potential backlash that may occur with any assertion of IP rights and is determined to allay any concerns customers may have about participating in the campaign. “Consumers will be free to engage at will,” he says. “The protection is more about business protection and stopping other companies from hijacking our ‘vehicle’.”

He wants to create a dialogue with users to reassure them that the trademark does not mean the cheese maker will be filing infringement lawsuits against enthusiastic fans. “In our experience people do not deliberately infringe; this is usually accidental.”

It is perhaps necessary for the cheese maker to be careful about asserting its trademark, considering previous public backlashes to IP owners.

"users need to be confident that when engaged in the social media campaign they are certain it is authentic."

Chocolate manufacturer Nestlé, for example, was confronted with a Pac Man-like game created by campaigning organisation Greenpeace. Within the game, users could play as an orangutan and avoid the Kit Kat logo, in reference to Nestlé buying Indonesian palm oils for its products, which Greenpeace claimed had a negative ecological effect. Nestlé filed a trademark infringement suit against Greenpeace but the responding public outcry forced the chocolate manufacturer to
withdraw its claim.

Over the summer the charity ALS Association withdrew its trademark application for the ‘ice bucket challenge’ after it faced public condemnation. The perception was that filing for rights over the viral fundraising campaign would inhibit other charities from participating in it for fear of facing infringement claims.

Sahira Khwaja, partner at Hogan Lovells, says that asserting IP rights must take account of the context of the alleged infringement. She says this is “always an important line for any brand enforcement policy to establish”.

For Khwaja, drink manufacturer Jack Daniel’s provides an example of a brand asserting its rights in a non-aggressive way, after it sent a polite cease-and-desist letter in 2012 to an enthusiastic author who inadvertently infringed its trademark on the front cover
of a book.

“It is an excellent example of a brand that distinguished accurately between how to treat an enthusiastic fan and an infringing competitor or counterfeiter,” she says.

Clothier admits that securing trademark protection for ‘Free Cheese Fridays’ was a “difficult and potentially risky” decision, which was “costly to do”, but he is adamant that it was “worth it to protect the engagement we get with shoppers”.

To allay consumers’ fears, Clothier wants to be clear that the first priority is protection for both the brand and its customers—users need to be confident that when engaged in the social media campaign they are certain it is authentic.

For Jonathan Radcliffe, partner at Charles Russell, consumer fears are misplaced here. He explains that it is still “a normal slogan trademark in respect of cheese and cheese products”.

Clothier notes evidence of other brands looking to exploit the success of the cheese campaign. He doesn’t go into detail, but he does state that “there were a few cheese makers who tried to tag on to the back of it, but we are very protective as we worked so hard to establish it”.

While social media campaigns can appear relatively inexpensive and easy for the brand to produce, Clothier is clear that a lot of time and resources have gone into building the campaign before registration of the trademark.

“We have registered a trademark because we have invested a lot of marketing spend into it. As such the level of engagement of our cheese buyers in it is very high.

“The protection gives us confidence that we can continue to invest and build the following for it, in order to promote Wyke cheeses,”
he says.

What is unusual about the ‘Free Cheese Friday’ trademark is that it has emerged out of an online competition. Rather than a slogan being transferred digitally by the brand owner to its social media campaign, Radcliffe notes that “this one seems to have come the other way round”, with the trademark emerging organically from its online environment.

Clothier is not aware of another trademark developing this way, and does not expect many to follow in the cheese maker’s path.

Trademarks are, however, steadily becoming more present across all social media platforms. Brands are now asking users to interact and share their slogans used as hashtags on Twitter. Khwaja uses the ‘get some nuts’ by Mars for its Snickers brand as an example of a brand encouraging users to share its registered trademark.

“As social media become more central to an advertising campaign, I would expect taglines and slogans used in those campaigns to form a key part of the brand’s touchpoints with its consumers,” she says.

Rather than trademark rights potentially creating a gap between the internet user and the brand, the increased presence will be used to underscore the relationship between the consumers and the product. Consumers will be able to identify the brand from the slogan or trademark used in a social media campaign to be sure it is authentic.

Just like creating social media campaigns, there is no manual for the perfect way to protect IP rights. Context is key, and without making judgements based on the nature of the infringement, brands can suffer harm.

Creative social media campaigns, however, can reward brands. Oreo’s response to the power outage during the Super Bowl raised its profile in a cheap and accessible way. Marketers agree that the best advertising campaigns succeed based on word of mouth and social media are its logical extension—its ‘digital cousin’.

Wyke Farms has taken the responsive social media campaign to a new level. The self-proclaimed ‘largest independent cheese maker’ has built up an impressive social media presence since 2010. With its official Twitter and Facebook pages now attracting in excess of 48,000 followers, more and more people are starting to discover that free cheese is available every Friday.

But as the brand attracts new fans to the competition, it will also attract those seeking to exploit its goodwill. After filing the trademark ‘Free Cheese Friday’, the next challenge for Clothier and Wyke Farms is how and when to enforce its trademark rights. If it gets that right, it may find the life of the ‘Free Cheese Fridays’ competition campaign extending even further.