GS Media: where are we now? 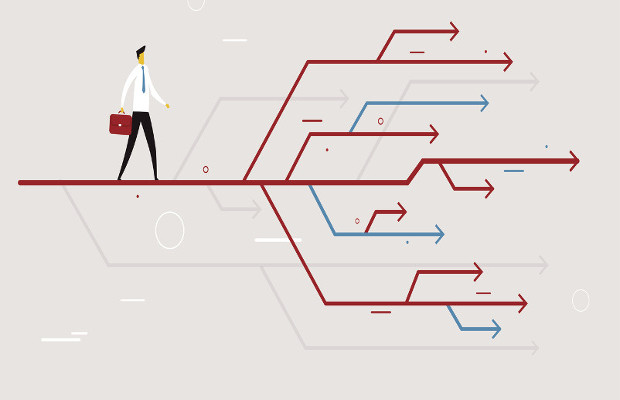 The judgment of the CJEU in GS Media in September 2016 caused a significant debate among those with an interest in copyright law and had wide-ranging consequences for virtually all website operators (whether they know it or not). William Smith of Bird & Bird reports.

One of the more controversial issues in GS Media was the focus by the Court of Justice of the European Union (CJEU) on the state of knowledge of the intervening party required in order to establish that there was a communication to the public.

First, the CJEU held that posting a hyperlink to a work which is freely available but without the right holder’s consent is an act of communication, provided the poster knew or should reasonably have known that the original communication was unauthorised.

Second, the CJEU held that in circumstances where the link is posted for financial gain, such knowledge is to be presumed. This presumption in particular has been viewed as vague and potentially very onerous.

Now that more than a year has passed since the decision, a number of national courts have been asked to apply GS Media. What have they have made of the knowledge requirements set out by the CJEU?

First to Germany. In September 2017, the Bundesgerichtshof handed down a decision concerning images displayed through Google’s Images search service (with the written reasons following in December 2017).

The question was whether by including these freely available, but unauthorised, images in its search results, Google communicated them to the public.

Although it found that there were unauthorised acts of communication to the public, Germany’s Federal Court held that there was no liability because the defendant lacked the requisite knowledge that the works linked to were placed online without authorisation.

Put another way, search engines cannot be expected to verify that all the content to which they link is authorised. This seems to be effectively a new carveout from the strict application of GS Media.

Other first instance decisions in Germany have reached a similar conclusion.

In a judgment in June 2017, the Hamburg Court (which was the court of first instance in the Google Images case) held that the defendant search engine (which aggregated product listings from numerous online outlets) did not communicate to the public by including photographs freely available on a third party site (Amazon) without permission in its search results.

Having considered GS Media, the court held that although it operated for profit, the search engine did not have positive knowledge of the unlawfulness of the image displayed, nor could it have acquired such knowledge in a reasonable way. The court also noted that Amazon is not usually associated with unlawful listings.

In the UK, the question of “profit-making intention” arose in a case concerning a site-blocking injunction against internet service providers. The issue was whether the sites in respect of which the injunctions were sought communicated the works in question to the public.

The court held that the operators of the sites linked to unauthorised content for profit (frequently in the form of advertising revenue) and therefore they must be presumed to have the requisite knowledge for there to be an act of communication.

Given that advertising revenue is presumably generated by the site as a whole, rather than individual links, this seems to be a broad interpretation of “profit-making intention”.

GS Media has also been applied by the Swedish courts.

In July last year, the Swedish Patents and Markets Court issued its decision in a case concerning links to pictures of works of art provided on a website run by Wikimedia. The pictures were uploaded by users without the consent of the creators of the artworks.

The court held that there was a communication to the public because Wikimedia had known that the pictures were uploaded without consent.

This case of actual knowledge can be contrasted with another Swedish case concerning an embedded video published on L’Avenir, a Belgian news website, which linked to an unauthorised initial communication.

In this case the Attunda District Court applied GS Media strictly and held that because the website hosting the embedded video was a news site, it was operating for profit and therefore knowledge that the original communication was unauthorised was to be presumed.

In Spain, a more clear-cut finding of unauthorised communication to the public was made in January 2017.

The defendant, Rojadirecta, had knowingly provided online access through hyperlinks to protected content in a way which allowed users to avoid restriction measures (ie, the limitation of access to subscribers). In these circumstances, relying on the presumption of knowledge set out in GS Media does not appear to be necessary.

In early 2017, a case was heard in the Czech Republic concerning the provision of the links to content posted on a website by users (who were invited to do so).

The website had no adverts and was found not to be profit-making, so knowledge of unlawful content could not be presumed.

Although the claimant (the Czech Anti-Piracy Union) had put the defendant on notice that much of the content was initially communicated without the authorisation of the rights holder, it was held not to have the relevant authorisation to represent the rights holders and such notice was found to be insufficient to establish the requisite knowledge.

The most recent national court decision came from Greece in November last year. This case concerned links to freely available works, the majority of which were authorised.

A Greek collecting society challenged the site operator’s assertion that it had no obligation to pay licence fees to link to publicly-available musical works.

The Greek Court of Appeal held there was no communication to the public. In addition to finding that there was no “new public”, nor actual knowledge that the initial communication was unauthorised, the court adopted a narrow interpretation of what amounted to profit-making activity.

It held that because the operator of the website did not receive any profits from the unauthorised transmission of the individual protected works accessed through the links, they were not posted for financial gain.

What can be drawn from this series of cases?

Overall, it seems that most national courts have adopted a narrow interpretation of the knowledge requirements from GS Media, perhaps fearful of the unintended consequences that would flow from an expansive interpretation.

In particular, two approaches have been taken to limit the application of the presumption of knowledge where the link is posted for financial gain.

The first approach is to limit the presumption to manually (rather than automatically) generated links.

Read strictly, the presumption could be understood to apply to search engines, which of course publish millions of links and operate for profit. However, the approach of the German courts seems to draw a distinction between the situation where the links are generated automatically as opposed to when they are selected for inclusion manually.

Where the publication of links is essentially the work of a search engine algorithm, to have a presumption that the operator of the search engine knows the status of the content found through each link is considered unrealistic.

This demonstrates one of the difficulties in the approach of the CJEU in introducing a knowledge requirement into what was previously a test of strict liability, particularly where any algorithm is, of course, ultimately the product of a human mind.

The second approach is to interpret the financial gain element restrictively.

Although this requirement was satisfied in the Swedish L’Avenir case, it seems the purpose (and profit-making activity) of the website was to publish news and that hyperlinks formed a material part of this. The UK court appears to have taken a similar view.

The question of whether it is the link itself, or the broader activities of the website on which the link is found, which must be for financial gain, remains unresolved, for the time being at least.

No doubt the scope of GS Media is an issue which will continue to come before national courts, and the CJEU, over the next few years.

It will be interesting to see how the courts deal with the financial gain requirement in situations where the main purpose of the site is not directly linked to the hyperlink about which a complaint is made.