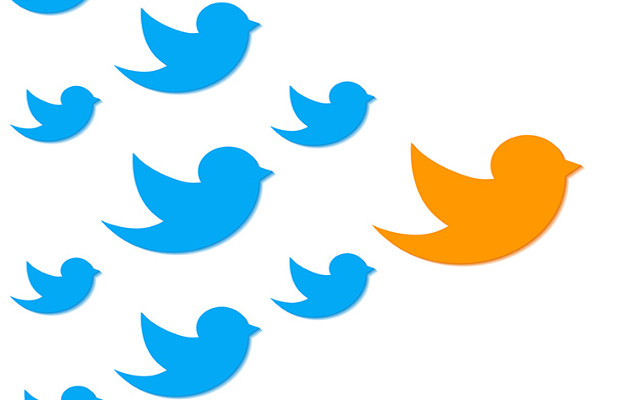 Its rise has been phenomenal: if we want to find out about something happening right now, we no longer search on Google, we ask Twitter, and brands need to be aware of its power, says Stuart Fuller of NetNames.

At 9:50pm PST on March 21, 2006 Jack Dorsey wrote himself into internet folklore. The co-founder of Twitter wrote a 20-character message and posted it on his new messaging platform.

“Just setting up my twttr” the message said. Around 60 seconds later, fellow founder, Biz Stone sent an identical message. Since then more than 500 billion messages, or tweets, have been sent and the hashtag, one of the most recognised and transferable states of emotion within the digital age, was born.

It would be just over a year before the tipping point was reached at the annual South by Southwest festival in Austin, Texas and Twitter moved into the mainstream with more than 60,000 messages being sent a day after the event.

Twitter’s true calling in the digital age has been the speed by which news can travel around the world. It has been responsible for political empowerment, revolutionary change, breaking news, and keeping us informed of Brentwood Town’s vital home game against Wingate & Finchley on a Tuesday night (well, three out of the four maybe).

It enables us to determine how and when we interact with the stories that mean the most to us. If we want to find out about something going on right now, we no longer search on Google, we ask Twitter. Its use to change the world has never been more marked than during the Arab Spring of 2011 when the platform facilitated political change across the Middle-East.

Born ‘Twttr’, potentially as a homage to photo-sharing website Flickr or through the simple fact that Twitter.com was already registered, it was designed to allow users to express “a short burst of inconsequential information” in 140 characters or fewer, a limit that was initially put in place to make it match the original SMS service and not since reviewed. It followed Facebook’s suit and went public in 2013, with revenues hitting more than $2 billion in 2015.

While some of the most popular tweets have been related to pop culture (five of the most retweeted tweets in history relate to messages sent by members of the boy band One Direction), it has become an essential tool for brand owners to use to communicate with their customers.

The word communication is key here, being defined as “the imparting or exchanging of information”. Some global brands still believe that a social media strategy simply means tweeting every moment of every day but not actually engaging with prospective clients or existing customers. By including the words “tweet us at @xxxxxxx #Wecare” they feel they are part of the engaged generation.

However, the failure of understand the true power of the tool can actually do more damage than good to a brand’s reputation.

Then there are issues of when a brand (whether that is an individual or a company) presses the send button too quickly. They can delete the offending message, but it is still possible that the tweet could have been sent around the world through retweets. Once again, the damage could already have been done.

“The potential for brands to offer ‘buy now’ capabilities within a tweet means grabbing customers in the moment. Alas, counterfeiters use exactly the same tactics.”

Developments to the platform now mean that the worlds of e-commerce and social media are merging at an alarming rate. The potential for brands to offer ‘buy now’ capabilities within a tweet means grabbing customers in the moment. Alas, counterfeiters use exactly the same tactics to grab customers as genuine brand owners.

The need for vigilance by customers in clicking before thinking could be a major issue for social media networks. It is therefore important that brand owners who have worked hard in developing a social media strategy include a comprehensive social media monitoring strategy within their toolkit to understand what potential risks exist both to their brand and to their customers.

The creation of fake Twitter accounts has always been an issue for brand owners and their client bases. Twitter does have a process whereby the real-deal can become ‘verified’—signified by a blue tick against the username—but a simple search on the term ‘buying social media likes’ lists a number of organisations which sell Twitter followers or retweets to Twitter users.

Fliking—buying or soliciting social media authenticity—is a growing menace for businesses. 50,000 Twitter followers can be purchased for just $125 meaning that in the space of a few minutes a bad actor can create a social media footprint comparable to a major brand for fewer than $1,000. Some brand owners’ intentions may be driven by vanity rather than any malevolent purpose but for others creating a fake social media profile is all part of taking advantage of the growing global challenge of counterfeiting and fraud.

While Twitter continues to be the default messaging platform for more than 300 million active users, brands still need to ensure that they are maximising the opportunities the platform offers as well as mitigating the risks that it can bring to their revenues, reputations and customers.

Staying one step ahead of those who want to take advantage means creating a clear user policy for staff, ensuring that engagement is a two-way street and monitoring for miscreants who pretend to be someone who they most certainly aren’t.