Make it a crusade 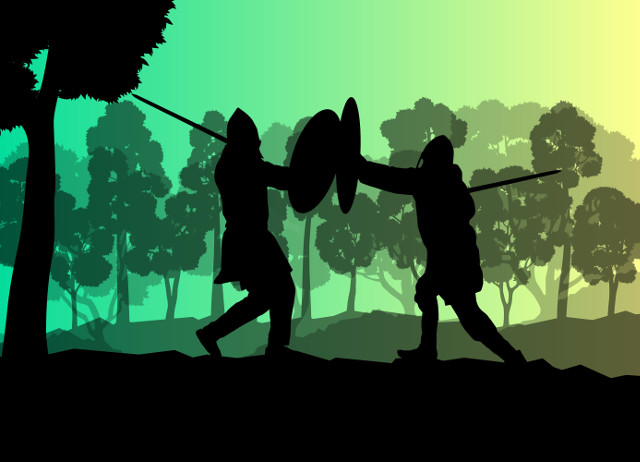 A number of global brands have embarked on a strategy based on the moral aspect of counterfeiting, transforming the war against IP infringement into a crusade for all that is right and just. Their most loyal customers are the foot soldiers, says Stuart Fuller of NetNames.

In an ever-changing corporate environment there have never been more opportunities for organisations who embrace the online environment.

However, for every opportunity there is a risk. Intellectual property is at the core of an organisation’s digital asset strategy and the growing risk of infringement has led business leaders to look at different ways to combat these risks.

The internet is possibly the greatest invention of all time. Some may argue that the title should belong to the wheel, penicillin or the combustion engine, but try telling that to the billions of people who use the internet every day to run their lives, or all the companies competing for business on a global scale, even if they are a one-man band operating from a studio apartment in the most remote area.

Huge investments in mobile technology and infrastructure are today delivering the World Wide Web for the first time to thousands of new users, of all ages, races and religions. The internet doesn’t discriminate—it is available to anyone with the means to connect to it.

Never has the barrier to entry for firms, big or small, been so low, and it continues to get lower as technology becomes better, faster and cheaper. The opportunities that the internet offers are clear to see in every walk of life. Today, we can communicate with family on the other side of the world in real time and at virtually zero cost. We can watch our favourite TV shows, movies or live sporting events from the palm of our hands. We can order our weekly shopping at 3am in the morning for delivery before breakfast. We can find the answer to virtually any question by asking groups of strangers. We can find love, laughter, long-lost friends and lawnmower spare parts at the click of a button.

The internet has delivered vast potential and opportunities, but it has also produced huge threats and risks for us all.

Counterfeiting is the cornerstone of the risks that face organisations when they become successful and move into the world of e-commerce. According to the brand infringement website Havocscope, the value of losses relating to counterfeit goods worldwide is estimated at over $650 billion, or 7% of the world’s annual trade. Counterfeiting impacts every industry sector in every country around the world.

In a survey carried out by NetNames in May 2014, 96% of companies surveyed admitted that guarding their online assets is now as essential to the success of their brand as the traditional marketing mix, yet only 40% have a protection strategy. For the 60% that currently do not have such a strategy, the costs of doing nothing can be catastrophic. Failure to act on IP infringements can irreparably damage revenues, reputation and, ultimately, the business itself.

Many brand owners don’t have a strategy simply because they don’t know where to start. Should they concentrate on marketplaces to detect counterfeit items? Social media to monitor reputation? Websites claiming fake affiliation? Mobile App monitoring? The easy bit of dealing with IP infringements is the enforcement, the hard part is the detection.

Ten years ago, Robert Greene published “33 Strategies of War”, in which he outlined a number of different approaches to overcoming patterns of failure in business. His strategies were taken straight from illustrious characters including Hannibal, Ulysses S. Grant, Margaret Thatcher, Napoleon Bonaparte, Sun Tzu and Erwin Rommel. While many people may consider some of Greene’s views to be excessive, he delivers some sound strategic advice that can be applied to the creation of an IP strategy.

As a starting point for a brand without a strategy for managing its IP, Greene’s work provides some useful advice about using customers as the first line of attack.

A number of global brands have taken a strategy based on the moral aspect of counterfeiting, transforming the war against IP infringement into a crusade for all that is right and just. By engaging with their most loyal customers—their advocates—to help find and report IP infringements, they build bonds of trust. Customers feel more valued because they see the benefits they are delivering back to the brand. The key to making this work is to make it easy for the customer to report the infringements.

“By defining what would and could happen if counterfeits are used, a brand owner is forming an emotional bond with its advocates.”

The first step in setting up a customer-led strategy is education. What are the dangers of buying and using a counterfeit product? How do you distinguish between real and fake? Customers need to understand the distinctions between good and evil, right and wrong. For instance, illustrating the difference between genuine and counterfeit drugs could save lives. The best way to motivate people is not through reason, but emotion. By defining what would and could happen if counterfeits are used, a brand owner is forming an emotional bond with its advocates.

In a group where people have truly bonded, moods and emotions are so contagious that it becomes easy to infect your troops with enthusiasm, according to Greene. Translating this into IP terms is the key to a strategy based on the moral aspect.

This approach has been used successfully by a number of global organisations. Canon has a whole section on its website outlining the reasons why consumers should avoid buying counterfeit products as well as useful guides as to how to spot a fake, how to report a counterfeit and, finally, a section on the success the brand has had in eliminating counterfeits.

One commonly counterfeited brand is the Australian boot manufacturer Ugg. The trademark boots have been a global success, which makes the company a huge target for counterfeiters.

In the three-year period from 2011 to 2014, more than one million counterfeit Ugg products were seized globally, while the brand also took action against 60,000 websites selling counterfeit products.

The brand has received more than 80,000 emails from customers regarding counterfeit items—a truly staggering number that demonstrates the moral strategy in full force.

A motivated army of consumers and advocates can work wonders for a brand, making up for any lack of material resources. It is also the most cost-effective initial strategy that an organisation can implement and one that could have the extra benefit of creating additional affinity with loyal customers, who feel that they are playing a part in building the brand.

Start with the end in mind. What do you know about IP infringement at the moment? What form does it take? How do you spot problems? The more information you can supply to your advocates, the higher the likelihood that you will get ethical buy-in from your customers.

If you can build in the “what’s in it for you?” element, and underline the importance of the role the consumer plays, then you can build that bridge between their being simple consumers of your brand to being true promoters of it.