New gTLDs: when will be the tipping point? 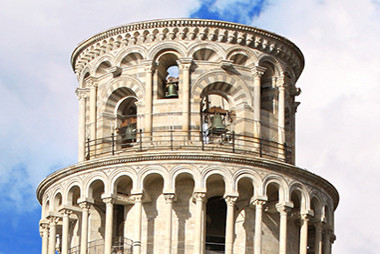 The growth in registrations of new gTLDs has been consistent but there still hasn’t been the compelling moment that leads to wide-scale adoption of the ideology of the new gTLDs. Stuart Fuller of NetNames asks why.

In 2000, journalist Malcolm Gladwell published his book The Tipping Point: How Little Things Can Make a Big Difference. In the book, Gladwell explored some of the behaviour behind a number of social phenomena, and tried to define the moment in time when a threshold or critical mass occurred, causing a change in behaviour or perception.

That moment is what Gladwell refers to as the “tipping point”. Gladwell argued that behind every major consumer craze or change in behaviour there is one moment in time that accelerates events.

Gladwell used his study to try to understand what caused the fall in reported crimes in New York City in the 1990s, or why everyone went Hush Puppies-crazy, and he could quite easily now turn his attention to the domain name world—more specifically, the new generic top-level-domain (gTLD) programme.

After a decade of slow growth and limited innovation and invention in the domain name world, ICANN introduced the new gTLD programme in 2011, with the first new suffixes being added to the root zone of the internet in mid-2013.

The digital world has now become accustomed to new domain name suffixes being launched every week—a far cry from the one or two a year we have seen over the last decade.

While the growth in registrations of new gTLDs has been consistent, we have yet to reach the tipping point. We can clearly identify a number of milestones in the programme that have accelerated growth in registration numbers. But there still hasn’t been that compelling moment that has led to wide-scale adoption of the ideology of the new gTLDs.

It is just over a year since .shabaka became the first new gTLD to open for sunrise. Since then there have been more than three million registrations.

That is impressive growth, but some of the tactics used by certain registries to boost their numbers mask the true figures, which should be based on the demand for the product rather than the supply.

Two metrics that will be used over time to judge the success of the programme as a whole, as well as each individual TLD, will be the renewal rate and the proportion of ‘parked’ pages. Many registrations are made in the heat of the moment, with some caught up in the euphoria of the opportunity to let their imagination run wild. One of the reasons the first few sets of new gTLDs have continued to appear in the most popular TLD list is that they were ‘pioneers’, taking advantage of the internet landgrab. After years of not being able to secure keywords, brand names or trademarks for domain names, all of a sudden a new pasture was opened up and registrations rushed in snapping up .gurus, .clubs and .links. A year later, the litmus test will be how many of these names are renewed and are then actively used.

Around two-thirds of the three million names registered to date do not resolve to an active website. This may mean they are being used for defensive purposes (or using a rights protection mechanism such as the Donuts Domains Protected Marks List), or simply bought for potential future use.

Businesses and individuals alike normally take very subjective views when renewing digital assets such as domain names—how much is it costing and what is its value to me? For some registries the results may come as a shock.

So when will we reach the tipping point, if at all? Two factors will have a massive impact on the growth and importance of the new gTLDs. First, public awareness. Despite the millions of dollars spent by applicants for their own slice of the internet, very little has actually been invested in public education. Senior marketing, legal and IT professionals in many major corporations still have no idea what the programme is, or the risks and rewards of adopting a new gTLD strategy.

Second, and intrinsically linked to public awareness, is usage. If internet users, whether they be digital asset holders or Jill Bloggs at home, do not know about the expansion of the internet name space through any public information campaigns, then it has to be through user adoption.

Currently just over 1,300 new gTLD-associated websites rank in the web traffic data provider Alexa’s top one million websites (based on traffic statistics), with many of those being used for adult-themed content (pornography and gaming), which is reflective of how the internet has grown to date.

Two of the most popular sites (as of the start of November) related directly to the celebrity scandal of leaked private photos of a number of famous people, underlining the social media trends that we have come to expect of the digital age today.

"organisations that took the bold step to apply to run their own .brand have so far taken a cautious approach to bringing their new online presence to life."

This is a disappointing trend, as one of the core objectives of the new gTLD programme was to allow brand and digital asset owners the opportunity to differentiate their online presence using generic and brand registrations.

In the top million most popular websites there isn’t a single .brand yet. Those organisations that took the bold step to apply to run their own .brand have so far taken a cautious approach to bringing their new online presence to life. As yet, no such sites appear in the Alexa top one million list, despite French insurance company Axa and Chinese conglomerate Citic already using their .brand to great effect.

There is an argument to say that few of the gTLDs launched to date have that ‘X’ factor that is needed to change behaviour or lead to a tipping point. While a .ninja or .cool are great TLDs to use to bring a brand to life they do not have an immediate association with our online behaviour. Over the next couple of months some of the biggest decisions with regard to the new gTLD programme will be made behind closed doors.

It was no surprise when ICANN announced back in June 2012 that there were multiple applications for some of the most used online generic words including app, music, play and shop. More than two years later the future of some of these domains is slowly being decided. These will be some of the most anticipated new domains and if there is to be a tipping point, it may just be in their eventual launch.

As part of the contention resolution process, private auctions offer a last chance for applicants to resolve amicably the stalemate over who will have the mandate to run a particular TLD. Many of the applicants for these contended strings have made multiple applications for generic names, meaning that there has been (and will continue to be) a fair amount of horse-trading going on. One party may agree to withdraw its application in exchange for being given the ownership rights to another.

However, the fact is that the three most popular TLDs—.app (12 live applications), .shop (nine live applications) and .music (eight live applications)—are all still being contested by Amazon, Google and Donuts. The future of one of the other most applied-for strings, .play, was recently decided with Google emerging as the winner after a private auction that also included Amazon.

In recent weeks the private auction process has also been used to determine the future of .chat, .style, .bingo and .tennis. It was also used to determine the owner of .sas, which was contested by two organisations that both have legitimate claims to the trademark and brand SAS. The US-based software company prevailed over the Scandinavian-based airline.

With reported significant sums changing hands in these auctions to determine their future, you can be sure that the winning applicants will want to ensure they get a return on their investment. That means active marketing to generate awareness of the TLDs as well as incentives for people to actively use the domain names for websites.

While the registries will earn revenue from every registration, it is in their interest as part of a view of the gTLD programme as a whole that as many of their domain names as possible are actively used.

Only the future can tell us the success of the past. The current round of new gTLD launches still has around a year to run. By then we should see some of the .brand pioneers launch their new web presences as well as significant adoption of many websites using more generic TLDs. Only then can we judge where the tipping point was—or even if there was one at all.