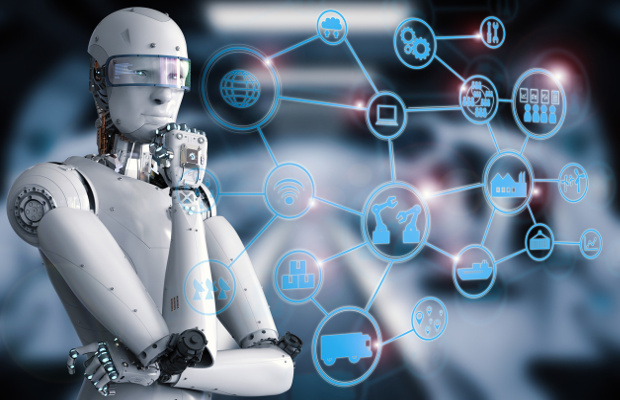 Rather than discarding the very systems that have accelerated their digital transformation, companies can implement blockchain technology to provide an audit trail and fight fakes, says Chris Painter of Omnitude.

The world we live in has changed beyond all recognition over the past decade due to a deep-reaching digital transformation.

Much of this transformation has had a positive impact, but it has also inadvertently increased the opportunities for counterfeited goods. This has led to a reduction in consumer confidence and an increase in headaches for the trademark industry and brands.

Everything from luxury watches to handbags, computer games to—scariest of all—medicines, has been affected.

Although the scourge of counterfeiting is not new, the amount has now reached a staggering $1.2 trillion globally, according to the Global Brand Counterfeiting Report 2018.

However, with this statistic being based only on actual known seizures, the real total is likely to be far higher. It is fair to say that policing for fake goods has become harder than ever.

Organisations find themselves at a crossroads. Many have spent billions on undertaking a digital transformation, attracted by the desire to keep up with shifting consumer demands and other digital-first companies.

The last thing they want to have to do is rip out and replace the costly infrastructure they put in only a few years previously.

Yet, their bottom line is being seriously hurt by phoney goods entering the market, so companies need to wrestle back control and protect their trademarks.

The answer could lie with blockchain. As the hot new technology on the block, plenty has been written about the public ledger on which the well-known digital currency Bitcoin is built.

Based upon complex cryptography, the blockchain effectively provides a permanent, incorruptible and irreversible record. This means, in theory, that it leaves no room for fraud of any kind throughout the supply chain.

As previously reported by TBO, companies in South Korea have already united to build a blockchain copyright protection platform for the music industry.

The world’s largest diamond producer, De Beers, is similarly progressing development of a blockchain technology initiative to span the diamond supply chain so that it can provide a single, tamper-proof and permanent digital record for every diamond registered. By doing so it can clamp down on the trade of so-called conflict diamonds.

From first mile to last

Because blockchain weaves the security into the data itself—providing a full audit trail that everyone can see—it could be a perfect solution for the trademark industry.

Providing an audit trail would afford a transparency and intelligence that has so far been beyond the industry’s capabilities.

"Providing an audit trail would afford a transparency and intelligence that has so far been beyond the industry’s capabilities."

Within the supply chain, blockchain will allow individual items to be tagged with identifiers so that they can be tracked as they move along it. This could be from the point when they are simply raw materials, to components, to finished assembled goods, right through to final customer delivery.

This will create a real-time, auditable, tamper-proof record of a product’s journey, from ‘first-mile’ to customer.

On its journey through the supply chain, an item’s location can be recorded at key points by trusted ‘witnesses’ and tagged with unforgeable cryptographic identifiers which are then written immutably to the blockchain.

Smart contracts can be used at each node to track the item’s progress, and release payments to shippers or suppliers as milestones are reached, without the need for manual reconciliation, and regardless of how many different parties are involved in the supply chain.

A big slice of a big pie

E-commerce sales are projected to grow to $4.48 trillion by 2021, more than double their worth just a couple of years ago.

With counterfeiting on the rise, it is becoming a big slice of a very big pie that the trademarking industry needs to protect.

Although it might not seem to matter on the face of it, if a consumer buys a pair of fake trainers, litigation borne out of the purchase of counterfeit goods could prove highly damaging.

The solution isn’t as far away as many thought. Rather than discarding the very systems that have accelerated their digital transformation, companies can implement blockchain technology within an integration layer of their legacy systems to provide an audit trail, bringing integrity back to their systems.

Blockchain can be used to track parts and service provenance and ensure the authenticity of goods. This will help to reduce the potential for counterfeit goods entering the supply chain and damaging brand reputations.

Chris Painter is the CEO of Omnitude, a project aimed at revolutionising e-commerce using blockchain technology. He can be contacted at: chris@omnitude.tech