The dangers of illegal streaming 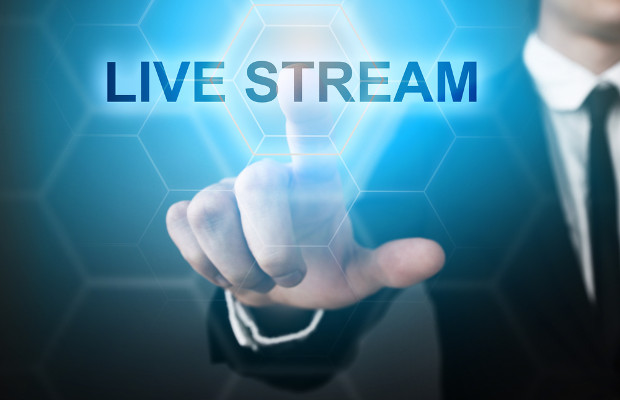 A live television broadcast can easily be captured illegally and distributed across the internet, and this holds perils for viewers as well as rights owners, says Stuart Fuller, director of communications at NetNames.

The news that users of free internet streams showing live football every weekend are putting their devices at risk can hardly be a surprise to anyone who knows how revenues are generated on the internet.

In a report published by the Department of Computer Science at Stony Brook University in New York, and reported by the BBC earlier this month, it was suggested that up to half of all live football streams online attempted to place malicious software onto devices, delivered through pop-ups, overlay adverts or via a requirement to download a specific browser.

With few traditional advertisers willing to advertise on websites that deliver content that can be classed as infringing copyright in certain regions, the website’s owners turn to less reputable advertisers to bring revenue in.

The fact that so many users are prepared to take these risks (and potentially infect other machines on the same group networks) for the sake of watching a live game is quite staggering.

Content owners face a daily struggle of trying to locate and shut down illegal streams, a situation made considerably harder when a live game is being broadcast. Aggregator websites don’t actually host the content—they simply list URLs that link to the content being hosted in the four corners of the world.

The individuals, and in some cases, companies, that host the content know their way around digital intellectual property rights and will often use web servers in countries where IP enforcement is difficult. In the Stony Brook study, the university found that nearly 25% of the content actually originated in Belize, not somewhere you’d necessarily expect digital streaming to be located.

Aggregators constantly monitor the streams, replacing one when another is shut down by the right owner or internet service provider (ISP). Streams come in two main forms—ones that start as legitimate transmissions (for example, a Sky Sports Sunday afternoon live match) but are then captured and re-broadcast for non-subscribers or those being captured outside of the geographic restricted areas. The latter have been subject to a number of high profile court cases in recent years, questioning whether legitimate satellite receiving equipment can be used outside of the territory it was designed for to show live sport (defined in Murphy v Media Protection Services in 2011).

Three years later in the summer of 2015 it was announced that Sky and BT Sport had paid a record £5.136 billion for live television rights for three seasons from 2016/17, a 70% increase on the previous deal.

In addition another £3 billion will be secured for the sale of overseas rights for the game. The business model adopted by the UK broadcasters allows them to recoup this investment in one way—subscribers to their product. The association with the richest football league in the world, it is hoped, will drive people to buy a subscription package, and hundreds of thousands of sofa fans will spend their weekends watching up to five live Premier League games.

In order to keep up the viewer’s interest, various technological advances have been introduced over time, making the viewing experience as ‘realistic’ as possible. We already have 3D technological capabilities, and it’s only a matter of time before 4D hits our homes—quite literally, with the smell of burgers, hot dogs and prawn sandwiches being wafted through our televisions to give us the authentic match-day aroma.

Unfortunately, the dark cloud on the horizon is still the ease with which non-subscribers can access the live games that are being transmitted.

Technology means that a live television broadcast can be captured illegally and digitally distributed across the internet. Whether these streams are from the ‘grey’ market—overseas television channels that are legitimately showing the games but are intercepted by UK satellite receiving equipment—or from the ‘black’ market, whereby the games are distributed via online channels.

These websites, or streams, are effectively denying the likes of Sky and BT Sport a valuable revenue stream, so they need to find ways to stop individuals damaging their product and brand. After all, a match online, which is being illegally transmitted, will still carry the Sky Sports branding and viewers will associate poor product quality with the brand and not the illegal stream.

We tend to think that illegal streaming is a problem more associated with films or television shows.

NetNames estimates that more than 23% of internet bandwidth is used for streaming illegal content, with this digital piracy costing the global economy more than $75 billion per year. We may think we are doing no harm by watching an illegal download, a pirated DVD or in this case, an online streaming of an English Premier League game, but we are.

The broadcasters’ billion pound investment is based on a return on investment model that includes increasing the number of subscribers and the share of their wallets.

If this doesn’t happen, there will be no television deal in three years’ time. No television deal means no global superstars gracing our pitches, and no superstars means investment from commercial partners drops as global brands find alternative markets and icons for their millions. Just as the hyperinflation of the players’ wages has driven up the value of the product (in this case the television rights deal), consumers who are priced out will devalue the product by accessing illegal content.

ISPs have a duty of care to the content and right holders to take action against known infringers, but in many instances the pure economics of business means that additional costs that could essentially reduce their revenues are not seen as a priority.

However, if users know that they are also putting themselves at serious risk of malware or worse, then perhaps that will be the compelling reason to make them stop illegally streaming.