The war on counterfeiting 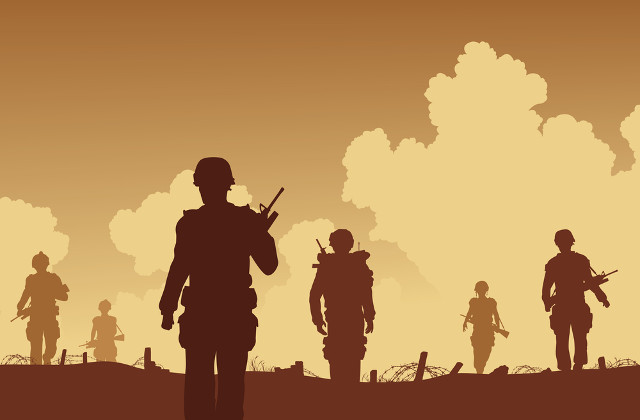 The fight against counterfeiting is about small marginal gains rather than one major offensive, and all brand owners and protection specialists have a role to play on the battleground, says Stuart Fuller of NetNames.

How do you stop a global problem like counterfeiting? One that costs economies around the world hundreds of billions of dollars each year. One that means today one in six products that we buy online is a fake. One that fuels organised crime and many of the social problems in the world today. One that shows no sign of going away. One that is fuelled by rapid technological advances. Tricky one isn’t it? Unfortunately, as the old saying goes, ‘money makes the world go round’, which means the rewards of counterfeiting far outweigh the risks of being caught and punished, especially when the rapid growth of both access to and usage of the internet has meant that more than 40% of the population on earth has the means to be part of the connected generation.

Despite the ever increasing amounts major brands spend every year on trying to counter the issue of online intellectual property infringement, the problem isn’t going away. Tactical wins do hurt the counterfeiters but many continue with impunity, outside the reach of the authorities. In a similar fashion to the war on illegal drug trafficking, although we believe in major wins such as the shutting down of a factory in China found to be making fake iPhones or customs officials seizing millions of pounds worth of ‘super fake’ luxury goods, they are only scratching the surface of the problems that exist. Advances in technology, such as the ability to forensically detect fake brand logos and image marks, have been a great success.

However, the onus is still firmly on the brand owner to take action to try to control the volumes of counterfeit products bearing their IP as law enforcement agencies provide tactical support where possible.

The law of supply and demand dictates economic and financial models for both genuine producers of goods and services, as well as their less than legal counterfeiting counterparts. If no one is buying your product then you will soon stop manufacturing and selling it. Disruptive strategies are slowly having an impact on counterfeiters across the globe. Major payment service companies such as Visa, MasterCard and PayPal have all been taking action, withdrawing their services from thousands of merchants that they believe are selling counterfeit goods, hitting them where it hurts.

But the infringers have often caused significant damage before any legal action can be taken. And in many instances, as soon as action is taken against one website or factory, another pops up in its place. If you could follow the trail upwards you would almost certainly find the same organisations behind these many online entities, acting outside the reach of the authorities.

With every week that goes past a story about a major counterfeit bust hits the headlines. In July, the discovery of a fake iPhone factory in China producing around 40,000 units worth around $19m since it opened earlier in the year was heralded as a major story.  Likewise in April nearly £16 million ($25 million) worth of fake drugs was seized in the UK as part of ‘Operation Pangea’, an international operation which saw a total of £51m removed as well as nearly 1,400 websites trading these potentially lethal fake drugs and unlicensed medicines being shut down.

“Criminals involved in the illegal supply of medical products through the internet aren’t interested in your health—they are interested in your money,” commented Alastair Jeffrey, head of enforcement at the UK’s Medicines and Healthcare Products Regulatory Authority. That is newsworthy indeed, but when it’s put in the context of the global market for counterfeit drugs being worth more than $20 billion, according to black market risk index firm Havocscope, the $75 million haul is a drop in the ocean of the problems the pharmaceutical industry faces.

“If you could follow the trail upwards you would almost certainly find the same organisations behind these many online entities, acting outside the reach of the authorities.”

Hope is not a strategy, as we are told by the most respected economic advisers, so instead of waiting for the authorities to get lucky or the wheels of the legal system to turn, brand owners need to take responsibility for certain aspects such as educating consumers about the perils of buying counterfeits.

Many organisations are now taking this approach, turning their consumers into brand advocates that are happy to act as IP infringement detectives. Brands such as Ugg and Canon have websites dedicated to the detection of fake items, including how to spot them and what the dangers are if using them, but also providing a way for their clients to turn detective and report infringers. Most of us do not want to see the branded products we use become cheapened and diluted by counterfeits. The authorities are also getting more and more involved in the education of the general public, with various police forces and local Trading Standards teams providing useful guides on tell-tale signs of counterfeiters in action.

Taking this a step further, organisations such as the International Trademark Association (INTA) are educating tomorrow’s consumers today, developing specific campaigns that are targeted at school children. INTA’s ‘Unreal’ campaign is a great example of how it is taking the anti-counterfeit message into schools across the US, using practical examples of how to spot fakes and what the long-term damage is to everyone, as well as the legal aspects.

The top line messages are very clear: it is a criminal offence to try to financially gain by using a trademark without the owner’s permission. Counterfeit goods are often of poor quality and can be unsafe to a point of being fatal in some instances, such as drugs, medicines and car parts. In fact, it is almost a given that no counterfeit goods will have gone through the rigorous safety checks or testing that genuine goods are legally obliged to.

It’s not just disappointing that websites offering counterfeit goods deliver. Many websites will sell on personal and financial information used in the online purchases or even use the opportunity of your digital interaction to give you spyware, malware or other nasty computer viruses as a thank you for your custom.

The annual Anti-Counterfeiting Day, held on June 24, is relatively new but the concept is vitally important. Unfortunately, it is doubtful it will reduce the number of fake sellers, or even the buyers, of fakes in the short-term. But it should be a day when every brand owner makes an effort to look at educating their consumers about the impact and risks of buying counterfeits. ‘Keeping it real’ should be the marketing message of the day—highlighting what buying genuine means and what purchasing fakes could bring. It’s also an opportunity for brand owners to turn simple consumers of their products and services into true advocates. While, according to PwC in its 2013 report on the counterfeiting market in the UK, 31% of people didn’t realise they were buying fake products, more than 50% bought based on price alone. It’s that last group that brands need to sell the reasons for buying genuine products to.

However, if over time this consumer education results in a drop in demand for fake goods then some of the producers and sellers will be forced to look elsewhere for their revenue stream. The war is about small marginal gains rather than one major offensive and each and every one of us has a role to play on the battleground.

Go to the Company Directory