Why sports teams need to protect their brand value 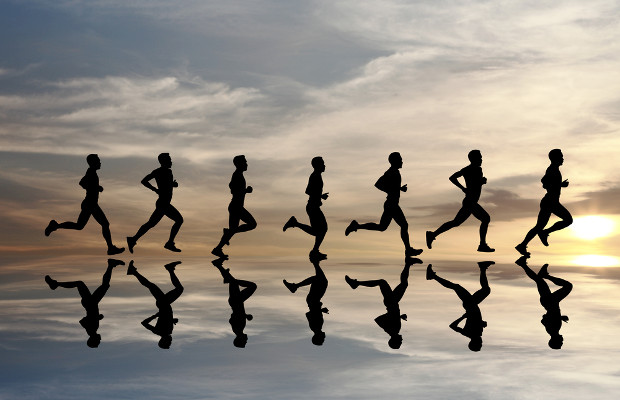 Sports teams and organisations have an obligation to protect their fans—who are stakeholders just as commercial partners are—from IP abuse, says Stuart Fuller of NetNames.

The sports industry is unique when stacked up against other market segments. While the likes of Mercedes-Benz, Apple or Virgin have their brand advocates or die-hard followers, nothing compares to the passion that is generated within the sports industry. We all know an avid "Star Wars" fan, who has seen the latest film a dozen times, in full costume, but we will know dozens, if not hundreds, of sports fans. To them, supporting their team, and its ‘brand’, can dominate their lives.

It is estimated that Manchester United is the best supported football team in the world, with more than 670 million fans around the globe (according to Sokkaa.com), while the US National Basketball Association (NBA) can boast a social media footprint that now stretches beyond a billion online profiles.

What other brand could boast anywhere near that number of loyal followers?

We may all aspire to own a Porsche or a sapphire-encrusted Apple Watch, but we would almost certainly turn our sights to something bigger and better, such as a Maserati or a diamond-studded Breitling watch, if or when we reached that goal. But there is always an economic consideration. We have to balance our wants and needs with our available resources whether that is geographical, financial or ecological.

Supporting a sports team or brand requires none of those considerations.

Just like our beliefs and values, our choice of sport and who we support is often inherited from our parents and other key influencers in our early lives, including teachers and playground friends. When we enter our formative years we are free to make decisions for ourselves but by then the die is cast.

The likelihood of switching sporting allegiances dramatically decreases over time—unless of course you happen to follow a US sporting franchise where your allegiance is held in the hands of the franchise owner. In some ways the closest dynamic to sport and the way individuals view their alignment is religion.

If Samsung brings out its new phone with the best camera in the world, some Apple users who are looking to upgrade will be tempted. We make decisions based on functionality and affordability. We can switch our support from one brand to another in the blink of an eye, and while we may need to ‘change the plumbing’ (having to use a new mobile phone charger or starting again to build loyalty points or air miles), we don't really have any emotion about changing.

Following a sporting brand is a rollercoaster of emotion. Fans are either happy or disappointed. In any sport there can normally only be one or two ‘winners’ each year, and with the amount of broadcast and commercial revenues flowing into most sports, the rich are getting richer and the rest are left behind. Despite following one of the clubs which are being left behind, almost every sports fan will cling to the hope that good times are around the corner.

“Many sporting organisations simply bury their heads in the sand, thinking that IP abuse is something that doesn’t happen to clubs like them. They are wrong.”

Sporting clubs—brands, as they now like to call themselves—are slowly starting to realise the power of fan engagement and using social media to enhance brand value. Realising that spectators use a multi-channel engagement model is one aspect that the most ambitious sporting brands are discovering, irrespective of their size of fan base. With so much brand power now sitting in the palm of our hands thanks to the spectacular technological advancement, some fans will make judgements on a club or team based on the availability of mobile networks or 4G.

Traditional fans may scoff at this statement, but look around a stadium and see how many fans have one eye on the action and one on their phone screen. They want to share their experience, posting comments on Twitter, pictures on Instagram, checking in through Facebook and of course, keeping an eye on events elsewhere in the sport via various apps. Tomorrow’s most valuable brands will be those who find ways to engage constantly with their fans whether they are sitting in Australia, Azerbaijan or row A.

This passionate support (or blind loyalty as non-sporting fans may say) can expose fans to nefarious elements, who simply see them as opportunities to exploit.

Some football clubs are guilty of trying to push irrelevant products and services to their fans, thinking that by slapping their logo on something it makes it immediately attractive to their supporters. Likewise, commercial partnerships should deliver value to both the brand and the fans. Signing a deal with an airline to be its ‘global travel partner’ is all well and good, but if that airline doesn’t fly to/from an airport anywhere close to the club’s location that makes it a bit irrelevant and simply seen as a deal to bring in more revenue.

Creating irrelevant partnerships also has a negative impact on a brand as it can force it to lose focus: Manchester City, for instance, currently has 17 commercial partners including an official tyre partner, an official global sports action camera partner, and an official recruitment partner.

While some sporting organisations take a proactive approach to trying to protect and grow their brand value, many do not realise the importance of trying to protect their fans from the dangers that exist through intellectual property abuse and infringements.

Counterfeiting and digital piracy are not victimless crimes. They deprive legitimate brand owners of revenues and expose the supporters to unnecessary risks. Fake team merchandise is often of poor quality and while it may be cheaper than the real deal, it will almost certainly not be made to the same standards. In some instances, the goods will have been made in illegal conditions and contain dangerous raw materials. Watching illegal streams of live action may expose users to software that is downloaded in a stealth fashion, riddled with malware.

Understanding the landscape that a brand operates in is essential. Many sporting organisations simply bury their heads in the sand, thinking that IP abuse is something that doesn’t happen to clubs like them. They are wrong. They also have an obligation to try and protect their fans, who are stakeholders just as commercial partners are, who themselves are indirectly impacted by the devaluing of the brand they are associated with.