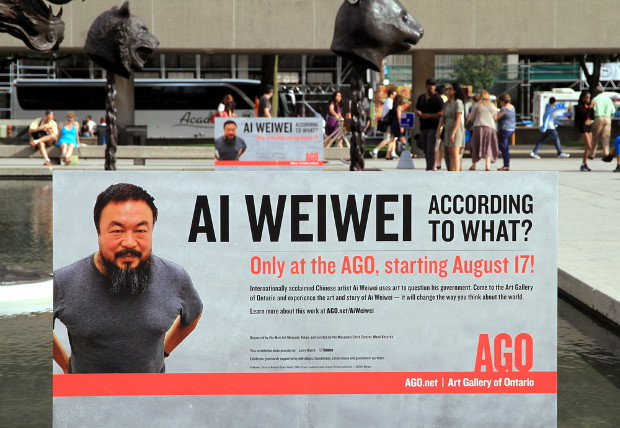 Chinese artist Ai Weiwei has written to the director of a crowdfunded film to claim that his name and image have been misused during its production.

The claims, laid out in a letter to film director Jason Wishnow, focus on The Sandstorm, an independent science fiction film that has been seeking funds on Kickstarter.

Ai played a short role in the 10-minute movie, a depiction of a futuristic China, but said he did not consent to the use of his name and image to promote it.

He also claimed that despite playing only a minor role, he has been advertised as the film’s star.

“Ai Weiwei considers that you have not only misled him in this regard [name and image], but are also potentially deceiving providers of funds to your project as to the extent of Ai Weiwei's involvement in the project, potentially implicating Ai Weiwei in your deception without his knowledge or consent,” said the letter, sent on Ai's behalf on April 23.

The letter, published by the Associated Press (AP) news agency on April 29, urged Wishnow to remove the project from Kickstarter, where it has reportedly raised more than $60,000 to date.

Ai representative Darryl Leung told AP that no response had been received from Wishnow so far.

On Kickstarter, however, a message says that the film is the “subject of an intellectual property dispute and is currently unavailable”.

According to the notice, photos taken by Ai were also picked from his Instagram account and reproduced on Kickstarter without his permission.

“This constitutes a breach of Mr. Ai Weiwei’s copyright in respect of these images,” the notice says.

Ai is known for his work as a sculptor, designer and documentary maker, often criticising the Chinese authorities.

This story was first published on WIPR on April 29.