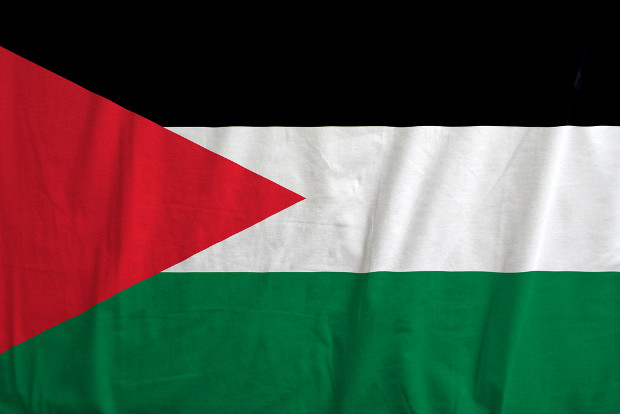 A Twitter user has removed a post incorporating a fake picture of an anti-war message after being threatened with legal action by the original photographer.

Jess Hurd, the photographer and National Union of Journalists (NUJ) member, produced an image of the slogan “Free Palestine. Sanctions now! Stop the massacre” against the background of a Palestinian flag.

It was projected last night, July 31, on the side of the Houses of Parliament in London as a protest against the continuing violence in Israel and Gaza.

Hurd was commissioned by the Palestine Solidarity Campaign, a UK-based organisation promoting peace for the Palestinian people, to create the image.

After it went viral on social media, the picture was changed and then circulated on Twitter to create a false image and message. The altered image replaced the words “Sanctions now” to “From Hamas”, in reference to the Islamic movement that rules Gaza.

In response, and with the NUJ’s backing, Hurd threatened to sue the picture’s owner for copyright infringement before the owner agreed to remove it.

Hurd said: “It’s not every morning you wake up to accusations of manipulation and fakery across social media. After being up most of the night working, the last thing you want is someone manipulating your image to promote their warped politics.

“So this is a good news story. I threatened legal action via the NUJ and the copyright infringer removed his post. I would encourage other colleagues to seek advice from the union and actively challenge those who misrepresent our work.”

John Toner, NUJ freelance organiser, added: “Every image is protected by copyright, unless there is a statement to the contrary. No one should assume that an image can be reproduced without permission, or that it can be distorted to suggest a meaning opposite to the author’s intention. In this case, the distortion is very serious and a clear breach of the integrity right. All such infringements should be challenged.”

The conflict between Israel and Palestine has flared up again in the last month, with more than 1,400 Palestinians and 60 Israelis believed to have died since July 8.