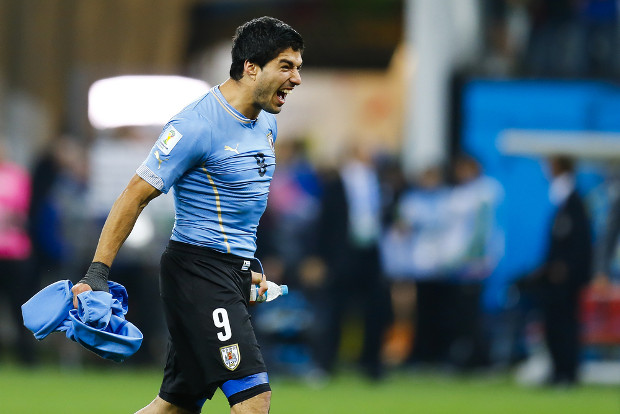 Brands have taken to social media to feast on footballer Luis Suarez’s apparent bite on an opposition footballer at the World Cup.

In the hours following the incident, brands including McDonald’s, Mars and Nando’s all posted promotional tweets using the incident to their advantage.

Uruguayan Suarez is believed to have sunk his teeth into Italian Giorgio Chiellini during a match between the two sides on Tuesday.

If found guilty, it would be the third time he has been involved in a biting incident.

The official Uruguayan Twitter account for McDonald’s, which is an official FIFA partner, was one of the first to get in on the act, recommending to Suarez that “if he were hungry”, he should eat a Big Mac.

Mouthwash company Listerine also attracted attention when it tweeted: “We recommend a good swig after grabbing a bite of Italian”.

Chocolate bar Snickers was also keen not to miss the opportunity, tweeting a picture of a half-eaten Snickers bar along with the words “more satisfying than Italian”.

Beer company Bud Light tweeted a photo of a person attempting to bite the cap off a bottle of beer and wrote, “relax, they’re twist off” along with a World Cup hashtag.

The hashtag was used by many brands to increase the reach of their tweets.

FIFA, the organising body for the World Cup, is known for its strict protection of its official partners—and those who are not affiliated with the organisation have to be careful what they say and promote, including refraining from using FIFA’s registered trademarks.

However, many brands have adapted their advertising to play on the popularity of the tournament in Brazil.

Earlier this week, TBO reported that car manufacturer Volkswagen had launched its own football-themed campaigned despite rival Hyundai being an official tournament partner.