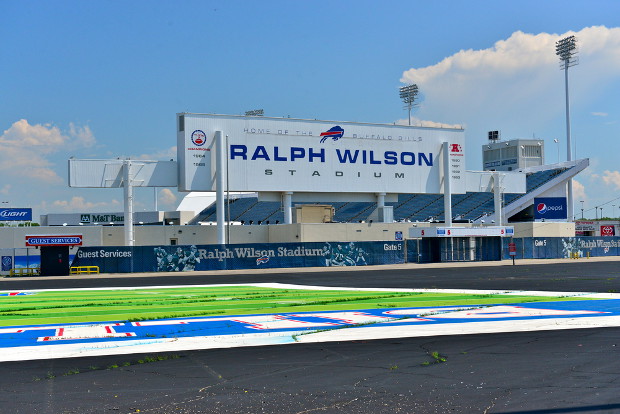 A group protesting against the sale of an American football team has agreed to hand over a disputed domain name and social media accounts to Texas A&M University.

A&M owns a US trademark for ‘12th Man’ and sells t-shirts emblazoned with the slogan.

The 12th man tradition dates to 1922, when the Texas A&M football team, known as the ‘Aggies’, beat the country’s top team at the time with the help of a squad player.

The parties have now shaken hands in their dispute, however, and “12thmanthunder.com” and associated social media accounts will be transferred to A&M.

“We're really pleased with the way the university handled the dispute and we fully recognise Texas A&M is the owner of the ‘12th Man’ trademark,” said Charles Sonntag, who founded the protest site.

The site, which now uses the name Bills Fan Thunder, was founded to allow Bills fans to protest against the proposed sale of the franchise. More than 12,000 people have signed its petition aimed at keeping the team in Buffalo, New York.

According to recent reports, the club has attracted an initial offer of more than $1 billion from a fracking entrepreneur.

Shane Hinckley, interim vice president of marketing and communications at A&M, said the university has strived to create a “win-win” agreement from day one and “we are proud to say our teams have been diligent and reached an expeditious and amicable solution”.

Both the Bills and the Seattle Seahawks have signed licensing agreements to use the term ‘12th man’ in their stadiums, although they are not allowed to use it on merchandise.

The Seahawks deal followed a lawsuit filed against the club in 2006 by A&M. The NFL club had been using the phrase without permission, although the dispute was later settled with the Seahawks paying $100,000 and $5,000 in licensing fees for five years. The deal was renewed for another five years in 2011.